A Functional Medicine Approach to Chronic UTI's: A Case Study 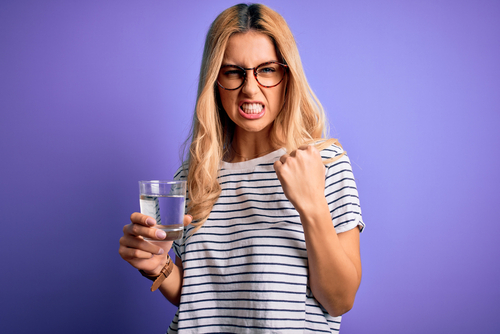 Urinary tract infections (UTIs) are among the most frequent clinical bacterial infections in women. Around 60% of women will experience a UTI, with reinfection rates of 80%.

Although the initial treatment is antimicrobial therapy, a functional medicine approach to chronic UTIs can help you identify underlying factors contributing to the infection allowing the patient to make lifestyle adjustments to reduce reinfections. Below is a case study.

Megan* was a 36-year-old female with a history of recurrent UTIs (urinary tract infections) over the past two years (8 total in 2 years).

Additionally, she was experiencing fatigue, particularly as the day went on, no matter how much sleep she got. She had pain with urination about 50% of the time and stated that her constipation was worse than ever with all of the courses of antibiotics she had been taking in the past two years.

Megan’s health history brought to light that she was sick a lot as a child with chronic ear infections and colds and took many antibiotics courses during her younger years. She had always dealt with constipation, even as a child, and had relied on Miralax in her adult years to have a few bowel movements a week.

She reported having a regular menstrual cycle of 27-28 days since her first period, with minimal PMS-related symptoms. Megan had two children who were 9 and 7 years old at the time of her initial consultation. Her pregnancies and deliveries went well, with no complications, and both babies were delivered vaginally. Megan’s first UTI was two years before our consultation, and they had been recurrent ever since. The only “new” thing in her life that Megan could think of was that around that time, she had switched to using diaphragms for birth control rather than a copper IUD, as she had heavy bleeding with the copper IUD.

Megan was working part-time as a social media manager and loved her job. Her biggest frustration was that she was continually worried about when her next UTI would come on and was concerned that taking so many antibiotics seemed to be worsening her constipation issues.

Her recent urinalysis showed elevated WBC (white blood cells) and bacteria in her urine, even though she had just finished a course of antibiotics (nitrofurantoin). Her doctor had been alternating between ciprofloxacin and nitrofurantoin.

Megan’s diet consisted of a lot of grains and carbohydrates. Her morning meal was typically oatmeal with fruit or a bagel with cream cheese; sometimes, she added a pre-made smoothie into the mix if it was a busy day with dropping off the kids and working.

She felt that since she started to have UTIs, fatty food upset her stomach, so she stuck with whole grains and chicken or fish. Her lunch was often a chicken caesar salad or a salad she’d pick up from a local deli, and dinner was often meat or fish with potatoes and green beans or asparagus. She loved having dessert late at night after the kids went to sleep, typically ice cream or a brownie. Megan’s exercise was typically a pilates or barre class 2 or 3 times a week, playing with her kids, and walking the dog.

Megan was taking the following supplements at the time of her initial consultation:

Megan’s lab work points to a few core issues that are contributing to her chronic UTIs, fatigue, and constipation.

Even though she had just finished a course of antibiotics, a recent urinalysis showed Megan still had bacteria and WBC present in her urine, meaning the infection was ongoing. It’s possible she was no longer responding to the nitrofurantoin (resistance infection).

Megan’s comprehensive stool test showed us several areas that needed support. She had low growth or beneficial bacteria such as Lactobacillus and Bifidobacterium, with high growth of E. coli and Candida spp, which are potential pathogenic organisms. Additionally, she had several markers indicating decreased digestive enzyme function and the presence of malabsorption. An imbalanced gut microbiome called dysbiosis can contribute to brain-based symptoms such as fatigue and can also contribute to constipation and altered immune function. Without adequately breaking down and absorbing her food, Megan is also at risk of many nutrient deficiencies, some of which we can see in her labs (low zinc, low vitamin D, and low folate, to name a few).

Megan’s Omega-3 index was quite low, putting her in the high-risk category for inflammation in the body. Paired with the high WBC count, infection present in her urinalysis, and an elevated CRP, it was clear that there was elevated inflammation at her initial consult.

Paired with the results in her stool test of malabsorption, we saw in both her blood draw and Nutreval that several nutrient deficiencies were going on (zinc, vitamin D, folate, vitamin A, glutathione, to name a few), many of which are relevant to the immune system and fighting infections.

When we re-ran labs and intake at three months, we saw many things trending in the right direction. By this point, Megan felt her energy levels were much better, and she wasn’t experiencing any pain with urination. She had had one episode where she thought she felt a UTI coming on, and she had doubled her dose of D-Mannose and never experienced any full-blown symptoms.

She felt her new nutrition was the most challenging part of the last three months, but we had been supporting her with weekly coaching, which she found very valuable. She still craved something sweet late at night but had switched to more fat-based treat half of the time to help reduce her sugar. She noticed she felt lighter, less bloated, and more inclined to move throughout the day, and she felt she was mentally sharper.

She had had some bowel movement changes while on the Yeast-Cleanse for the first four weeks of her protocol, alternating between constipation and diarrhea, but things had normalized, and she was now having bowel movements without Miralax once per day or every other day.

This case highlights the interrelatedness of chronic infections, such as UTIs, with other systems in the body. For Megan, switching to a diaphragm likely irritated her urinary tract system. It predisposed her to bacterial tracking into the urinary tract, paired with a lifetime of antibiotic use and likely longstanding gut dysbiosis.

By supporting her gut health while replenishing nutrients through diet and supplements, we restored balance to her system. We gave her some non-antibiotic tools to help prevent UTIs and prevent further infections.

At her 6-month check-in, she still had not had a UTI recurrence and felt comfortable in her new routine.

After Years of Crash Dieting, This Patient Finally Found The Reason Behind Her Slow Metabolism
How One Patient Found Relief From Severe PMS Symptoms
Adrenal Fatigue: A Case Study
A Functional Medicine Approach to IBS-M: A Case Study