Lab Reference Guide
Thanks for subscribing!
Oops! Something went wrong while submitting the form.
Case Studies
|
May 3, 2022

Mary Was Always Sick, Gaining Weight, and Exhausted - Here’s How She Found Relief For Her Adrenal Fatigue 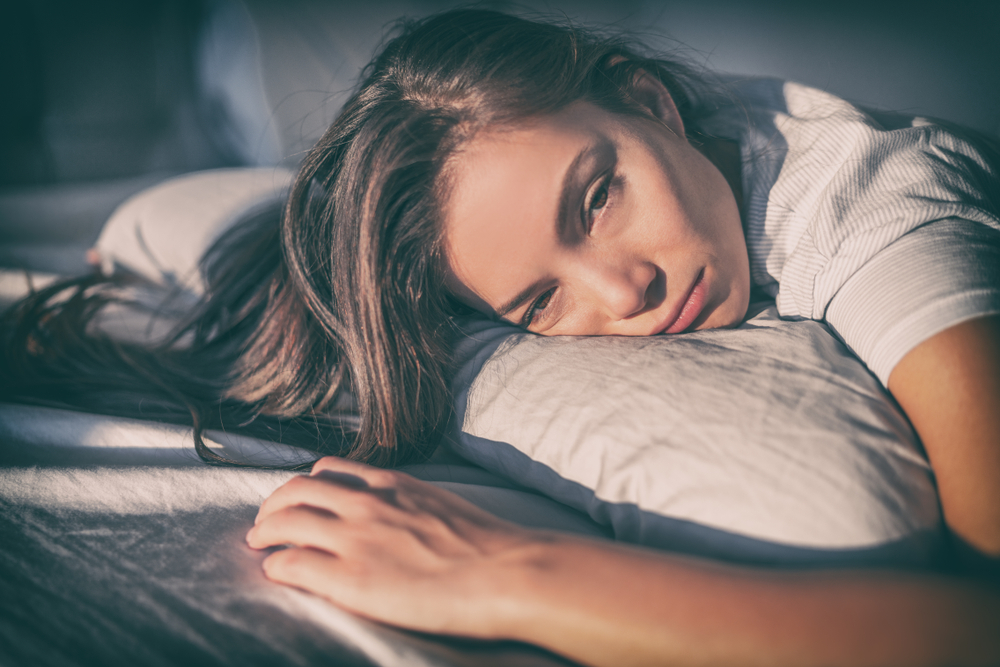 Adrenal fatigue, also known as HPA-Axis dysfunction, is thought to occur when the adrenals have become overtaxed by excess cortisol release and can no longer produce appropriate amounts necessary for optimal body function.

A functional medicine approach to adrenal fatigue involves a detailed intake plus specialty lab testing to narrow down the root cause and lifestyle adjustments to balance the patient's HPA-Axis.

Note: It's important to note that Adrenal Fatigue isn't a recognized medical diagnosis, but it is a popular term in Integrative and Functional Medicine. Some doctors refer to Adrenal Fatigue as "Adrenal Dysfunction," "Adrenal Exhaustion," or "HPA Axis Dysfunction."

Mary* was a 33-year-old female with significant fatigue and brain fog, weight gain regardless of diet and exercise, who also reported she got sick frequently - 5 or 6 times per year, for the past 3-4 years.

She had a fairly unremarkable health history prior to the past 3-4 years, noting she was healthy as a child and didn't remember any major illnesses growing up. She was a high school and college athlete who studied finance and worked in New York City in the investment banking industry since she graduated ten years ago. While she had initially loved the intensity of her job, she now was having trouble keeping up with the long hours, even though she had been working remotely for a year.

Mary was relying on coffee and caffeine pills to get her feeling alert in the morning, with additional energy drinks in the afternoon so she could focus. Even though she continued to work out the way she always had, she was gaining weight around her midsection and felt frustrated by it. She was getting, on average, 5-6 hours of sleep per night but woke up exhausted even if she managed to get closer to 7 or 8 hours.

She frequently had a cold, sinus infection, or other illness and felt she could never quite 'kick it fully.' Her most concerning symptom to her was brain fog. Mary was used to feeling sharp and focused. She felt that at the time of our initial consultation, she could not function the way she was used to without excessive caffeine, medication, or brain support supplements, which she was trying per coworkers' advice. In her words, she simply felt like "just getting off the couch and remembering where the kitchen is is difficult."

Mary maintained a high-stress, demanding career and social schedule for the better part of a decade, following years of competitive athletics. While she loved a challenge, Mary had hit a point where she felt she could not keep up with her job or self-care. Looking back, Mary was able to identify that it had been a few years since she really felt well, but admitted she was good at pushing through discomfort to get the job done.

She and her husband were considering getting pregnant, but both were concerned that Mary needed some changes in her life first so she could go into pregnancy feeling really good. While she had a fairly regular 28-29 day menstrual cycle, Mary also stated she felt that, over the past year or so, she started experiencing PMS-related symptoms for the first time in her life; namely, bloating, water retention, mood swings, and anxiety in the week leading up to her period. She also felt light-headed when she first got out of bed in the morning or if she moved too quickly from a sitting to a standing position.

She and her husband used meal prep services since they both had busy jobs and didn't enjoy cooking. Mary often skipped meals because she was busy at work and then would tend to have a larger dinner before doing a few more hours of work at night.

While she craved sugar, she felt she typically avoided it and opted for coffee or an energy drink instead if she needed a "boost." Mary often opted for salads and veggie noodles and had been minimizing fat intake since she put on weight; when we did a food journal, it averaged out to about 1100 calories per day. She also had a glass or two of wine most nights to "wind down" and get some sleep.

Her workouts took place early in the morning when she first woke up, around 4:30 or 5, and she had mainly been doing 20-30 minute HIIT workouts in the past year or so to save her time. Mary got some walking in during the day, but not as much over the past year when she worked from home. She also belonged to a restorative wellness center, which she typically used for long infrared sauna sessions and cold plunges.

Mary was taking the following supplements at the time of her initial consultation: B complex, No-Doz caffeine pills 200-400mg per day, Bacopa monnieri, liquid collagen, and a Monster Energy drink most afternoons.

Mary’s lab work points to a few core issues that are contributing to her fatigue, brain fog, and other symptoms:

When we re-ran labs and intake at four months, we saw several things trending in the right direction.

Mary felt improvement in her energy levels throughout the day, though she was still struggling to get up first thing in the morning.

She had noticed that she didn’t feel as exhausted after workouts since making the changes we recommended, and she had lost 8 pounds and was feeling more confident.

She admitted she still hadn’t entirely cut coffee out of her mornings but was limiting it to one cup most days of the week. Her brain fog had drastically reduced, though her first hour of waking up was generally not her sharpest time of day; she felt coffee helped here, which is why she had kept it in her routine.

While creating new routines around her work hours had been difficult for Mary, she felt like she was now in a much better “structure” day to day. Where she had previously been working 14-16 hours every day, she now rarely worked more than 8-9 hours per day. This allowed her to create a “sleep routine,” where she listened to some instrumental music, laid down with the red light on in her room, and just relaxed rather than working right until it was time to sleep.

Both Mary and her husband had adjusted to their new meal prep routine, and there were no consistency issues there. She no longer experiences dizziness first thing in the morning. The only PMS-related symptoms she was still experiencing were some mild water retention in the 2-3 days leading up to her period.

About one month into her protocol, Mary decided to pick up an Oura ring to track her HRV (heart rate variability) and sleep more. A naturally curious person, she used the information to stay dedicated to her sleep routine and was able to see how her stress, food, and workouts impacted her nervous system and body’s stress response. Based on the data, she switched her workouts from early in the morning until midday, which seemed to really accelerate her progress (and let her sleep an extra hour!).

Last, She had not yet gotten a cold or another sickness over four months, her longest stretch without being sick in about three years.

This case highlights the complexity of adrenal fatigue on multiple systems in the body. For Mary, her main symptoms were low energy and brain fog, but her labs revealed that her thyroid and other hormones had been negatively impacted and her adrenal function.

Her grueling schedule and excess caffeine use to “keep going” had taken a toll on her stress response systems, so we needed to use a combination of nutrition, lifestyle, and supplement approaches to pump more nutrition into her body and create a lifestyle that allowed healing and sustainable habits in the long run.

Serum
This is a single-marker test measuring cortisol. It can be ordered as part of a custom panel.
DUTCH Adrenal (Dried Urine)
by
Precision Analytical (DUTCH)

Thanks for subscribing!
Oops! Something went wrong while submitting the form.
Dr. Laura Decesaris
,