How To Shrink Fibroids Naturally, According To Research 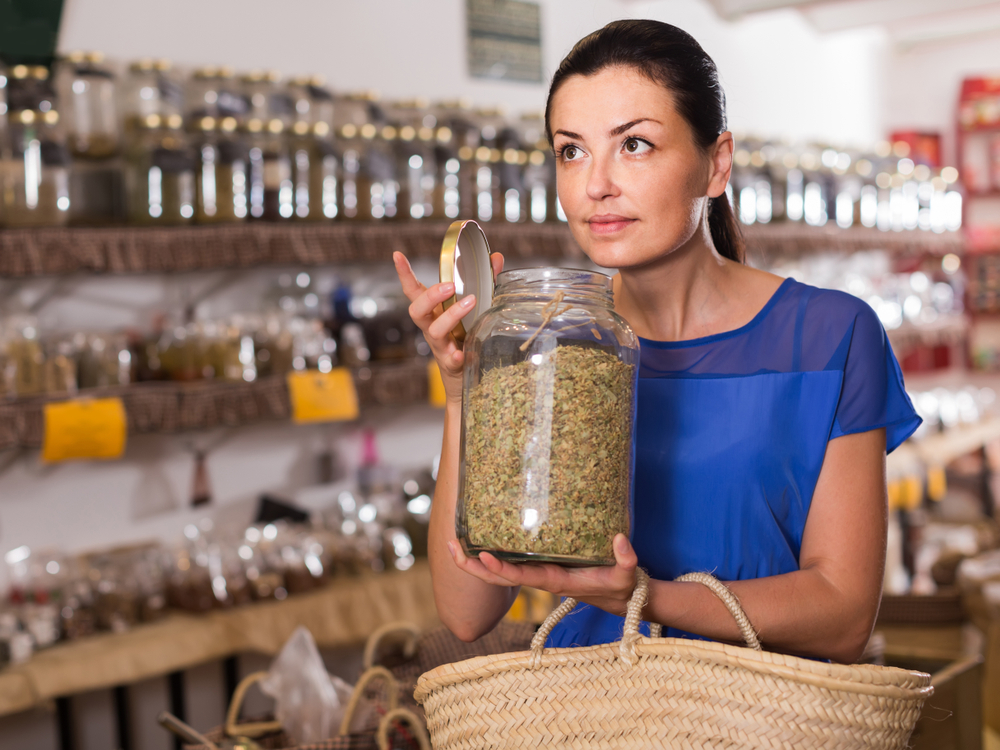 Uterine fibroids, also known as leiomyomas or benign tumors, are a common condition affecting many women. It is estimated that approximately 70-80% of women will have fibroids at some point in their lifetime. Each type of fibroid is named for its location within or outside the uterus.

Often, fibroids are asymptomatic and go completely unnoticed. Other times, though, the symptoms can be debilitating and even interfere with daily life and future life, as they can interfere with pregnancy, leading to infertility in some women.

The conventional treatment of fibroids includes interventions such as surgery and prescription medications. This is leading many women to search elsewhere for other solutions that may be less invasive. Shrinking fibroids naturally consist of a root cause approach looking at the whole body and incorporating various lifestyle adjustments.

Uterine fibroids are noncancerous growths found both inside the uterus and on the outside surface of the uterus. Fibroids typically appear and grow during childbearing years and are made up of fibrous connective tissue and smooth muscle cells.

Sometimes fibroids grow as a single growth, and other times fibroids can grow in clusters. Their sizes can vary from as small as a seed (about 1mm) to as large as a watermelon (about 20 cm). Large fibroids can significantly distort the shape of the uterus and can even expand the uterus to the point of reaching the rib cage.

What are the Different Types of Fibroids?

There are four different types of fibroids, and their location mainly distinguishes them:

Symptoms of uterine fibroids can vary significantly between women. Many women experience no symptoms at all, while others experience symptoms severe enough to interfere with their daily lives. The most common fibroids symptoms are:

Who is at Risk for Fibroids?

Several risk factors can increase your chances of developing fibroids.

Obesity (weighing more than 20% over your healthy body weight) significantly increases the likelihood of fibroids.

Race and ethnicity are also strongly correlated to the prevalence of uterine fibroids. For example, fibroids are 3x more prevalent in women of African descent.

Fibroids also tend to run in families, and these hereditary fibroids seem to come with increased severity of symptoms.

Age of menarche, premenopausal age, and pregnancy history are all factors associated with the risk of developing fibroids.

What Causes Fibroids to Grow?

Science doesn’t yet know the exact cause of uterine fibroids. However, research seems to be pointing to the following possible reasons:

Fibroid cells have been shown to have chromosomal abnormalities in comparison to their healthy uterine cell counterparts.

Other lifestyle causes are likely playing a role as well. For example, diet seems to play a substantial role in the development of fibroids, specifically low fruit and vegetable intake and the consumption of alcohol.

Vitamin D deficiency has also been significantly associated with the prevalence of uterine fibroids.

The current diagnosis of uterine fibroids occurs either through a pelvic exam or via imaging such as a pelvic ultrasound, MRI, hysteroscopy, or hysterosalpingography.

Because hormones play a significant role in the development of fibroids, having a thorough look at estrogen and progesterone is a good idea to assess the levels. The Hormone Trio by ZRT is a simple saliva test that measures estrogen, progesterone, and testosterone levels. When looking into hormones, it’s important to note which day in your menstrual cycle you are on or if you are postmenopausal, as those values will be different.

Standard ranges will tell you what the lab would consider an acceptable range. However, an optimal range is always recommended for optimal function:

Additionally, looking at your overall nutrition status might be a good idea since diet is highly correlated to fibroids. Micronutrient Testing gives a thorough look into nutrient status, testing various vitamins, minerals, and other nutrients, and can let you know if any nutrient deficiencies are detected.

How to Shrink Fibroids Naturally

Current medical treatments for fibroids include surgery and certain prescription medications. While that might be appropriate for some patients, natural therapies can also assist with shrinking fibroids in some cases.

Losing weight might be a great start to help slow down the growth of your fibroids. While we don’t have scientific evidence of fibroids shrinking after weight loss, we do know that there is a significantly increased risk of developing fibroids during premenopausal years if you are obese. This happens because fat cells make high amounts of estrogen. Losing weight may help prevent or reduce the size of fibroids.

Whether weight loss is appropriate for you, proper dietary choices are still important.

A comprehensive review of the literature led to these conclusions that the following nutritional choices were linked to a higher risk of uterine fibroid formation:

More specifically, research has shown a significantly reduced risk of fibroids in women who ate two or more pieces of fruit and ate food rich in vitamin A.

In traditional Chinese medicine, Gui Zhi Fuling is a commonly used herbal formal for uterine fibroids. A total of 38 random control trials involving 3816 participants have been identified, and the results showed that Gui Zhi Fuling Formula appears to reduce the volume of fibroids significantly.

Since hormones play a significant role in the development of fibroids, utilizing various botanicals may help balance hormones and indirectly affect the fibroids. Vitex agnus-castus is an herb well known for balancing reproductive hormones. While no studies specifically show it can reduce the size of uterine fibroids, the hormonal balancing effects alone may make this herb worth trying.

Research shows that the bioflavonoids in green tea, EGCG, shows promise as a safe and effective therapeutic agent for women in reducing the size and number of fibroids.

Whether you are increasing your vitamin D, changing your diet, incorporating more fruits, vegetables, or all of the above, these natural treatments take time. For example, Vitamin D levels need about three months to increase blood serum levels properly. This would be the wait time for retesting levels. Hormone levels also typically take about three months (or three menstrual cycles) minimum to see a change post dietary and herbal interventions.

How to Prevent Fibroids

There are plenty of ways to reduce the risk of developing fibroids. A diet rich in fruits, vegetables, healthy fats, and proteins is an excellent start.

Uterine fibroids are common. Many times they are asymptomatic. However, sometimes they can cause uncomfortable symptoms and even interfere with life or future plans such as pregnancy.

With a functional medicine approach, it may be possible to shrink them naturally or prevent them altogether if you are at risk.

Functional testing is beneficial for uncovering some underlying health concerns that may be present and contributing to the development of uterine fibroids, such as nutritional and vitamin deficiencies.

For the best possible treatment outcome, holistic and natural treatments should include a nutrition plan and a hormone-balancing strategy.

Serum
This is a single-marker test measuring 1,25-dihydroxy Vitamin D. It can be ordered as part of a custom panel.