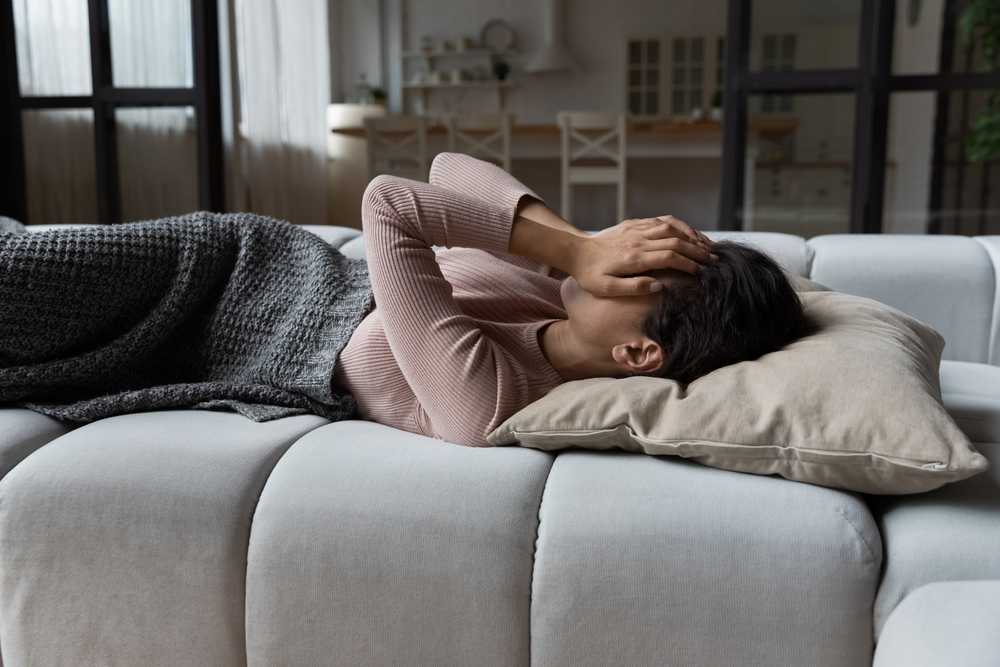 Migraine headaches affect nearly 40 million Americans, 70% of whom are women. Usually beginning in puberty, migraines tend to increase in severity until around the age of 40. Many people with migraines go undiagnosed, often told their pain is due to tight muscles or sinus-related. In fact, The National Headache Foundation reports that 52% of migraine sufferers are misdiagnosed.

Whether it be directly or indirectly, migraines have likely affected your life. One in four homes has someone who suffers from migraines. Often debilitating, 24% of migraine sufferers have sought out emergency room care. Those who have migraines report a 50% reduction in productivity at school or work, and 66% report a 50% or more reduction in productivity at home. Industries are estimated to lose $31 billion annually due to migraine-related work losses, such as medical expenses and absenteeism.

What is a Migraine?

Migraines are often described as throbbing head pain usually localized to one side of the head. Sensitivity to light and sound and nausea and vomiting are often accompanying symptoms.

Migraines are categorized under the umbrella of headaches. Migraines can last anywhere from a few hours to days and are considered a neurological disease. There are many types of migraines, including:

Migraines are often diagnosed through clinical exams, although imaging may help rule out other conditions. Migraines are often treated by a team of healthcare practitioners, including primary care physicians, neurologists, and others.

While the exact cause of migraines is not entirely understood, there seems to be a genetic link for most sufferers. Migraines seem to start after an inflammatory cascade spreads in the central and peripheral nervous system leading to the dilation of blood vessels. These cascades begin in response to specific triggers. Many triggers have been identified, but here are some of the most common:

Functional Medicine Labs to Test for Root Cause of Migraines

Cortisol is one of the primary hormones released when we undergo stress. Cortisol elicits numerous body effects, including heart rate and blood sugar changes. Testing cortisol levels can help us understand when your body releases cortisol and what amount. It can also show us how your body is breaking down cortisol. This information can help create a treatment plan with time-specific stress-lowering activities and possible nutraceutical support.

It has been documented that foods may play a role as a trigger for migraines. However, food triggers may vary, so a personalized approach must be taken. Food sensitivity testing may help to identify foods that a person may be reacting to, and thus may help the practitioner to formulate an elimination diet suitable to the patient. While food allergies induce an immediate response, food sensitivities may occur up to three days after the food was ingested, making it harder to identify. This is why food sensitivity testing may be helpful to take the guesswork out.

Women are three times more likely to suffer from migraines as opposed to men, and it's thought that hormones are the culprit behind this statistic. Women have hormones that cycle monthly. Estrogen tends to be the dominant hormone in the first half of the cycle and progesterone in the second half of the cycle, although this is not always the case. For many women, hormonal imbalances between these two hormones and significant fluctuations in these hormones can trigger migraines. A hormone panel will help evaluate the hormonal role of your migraines.

Conventional treatment of migraines can be split into two categories: acute and preventative. Acute care aims to halt the progression of the migraine and is often given when the migraine begins. Preventative care seeks to reduce both the occurrence and severity of the migraine.

Triptans are often another first-line therapy for migraines. Triptans are a class of drugs that work by increasing the neurotransmitter serotonin, which may cause blood vessels to constrict and thus alleviate pain. Triptans may commonly be prescribed with NSAIDs. If NSAIDs, triptans, or a combination of the two, are not effective in halting the progression of the migraine, other drugs may be given.

Antiemetics, drugs that relieve nausea and vomiting, are often given in conjunction with the medications mentioned above.

Procedures, such as nerve blocks and neurostimulation, may also be used in the acute care of migraines.

We know that many foods may trigger migraines. The nuisance is that there is not one food culprit that causes migraines; it differs from person to person. This is where elimination diets can be beneficial. Elimination diets, as the name implies, eliminate certain foods from a person's diet for a specific amount of time before being reintroduced. Elimination diets are often formulated using the assistance of food sensitivity testing. The foods are typically reintroduced singularly, with an adequate amount of time in between each reintroduction. If a migraine occurs after a food introduction, it may be recommended to avoid that food.

Numerous nutraceuticals may help in the reduction of migraine headaches.

Ashwagandha (Withania somnifera) is a botanical medicine traditionally used in Ayurvedic medicine that may indirectly affect migraines through cortisol regulation. A study published in Medicine showed that Ashwagandha modulated the hypothalamic pituitary adrenal (HPA) axis. This axis controls the stress response and, thus, how your body releases cortisol, which can play a role in triggering migraines.

Magnesium is a mineral that is involved in numerous processes in the body. Magnesium has been studied for countless gynecological conditions and is effective in preventing menstrual migraines.

There is some evidence that coenzyme Q10, feverfew, and riboflavin might be helpful for reducing the frequency of migraines, although more studies are needed.

Acupuncture may be a wonderful option for migraines. A meta-analysis assessing 22 trials with over 4,000 patients concluded that acupuncture effectively reduced migraines' frequency.

Biofeedback may be another excellent option for migraine treatment. Biofeedback is a noninvasive therapy that utilizes sensors to collect information on bodily functions such as heart rate, muscle tension, and blood pressure. Biofeedback is used to help create self-awareness, helping people utilize relaxing behaviors to prevent migraines.

Migraines can be debilitating for millions of people who suffer from them and can also affect their family and friends. It is crucial to seek a medical practitioner to ensure that a proper diagnosis is made. Numerous options for treatment include both conventional and alternative medicine. While some people respond to a single treatment, others may need to dive deeper to assess their specific triggers.

With this information, the doctor and patient can work together to create a personalized treatment plan to reduce migraine occurrence and severity.

Serum
This is a single-marker test measuring cortisol. It can be ordered as part of a custom panel.
184 IgG Food Sensitivity Panel
by
Alletess Medical Laboratory

Blood Spot
The 184 IgG Food Sensitivity Panel measures IgG response to 184 commonly consumed foods. This is the blood spot version of the test. It is also available as a serum test.
DUTCH Cycle Mapping Plus
by
Precision Analytical (DUTCH)

Urine
Saliva
The DUTCH Cycle Mapping™ PLUS test maps the patterns of progesterone and estrogen throughout the menstrual cycle and analyzes the cortisol awakening response. This test include the insomnia cortisol sample. This test cannot be ordered for patients under 12 years of age.