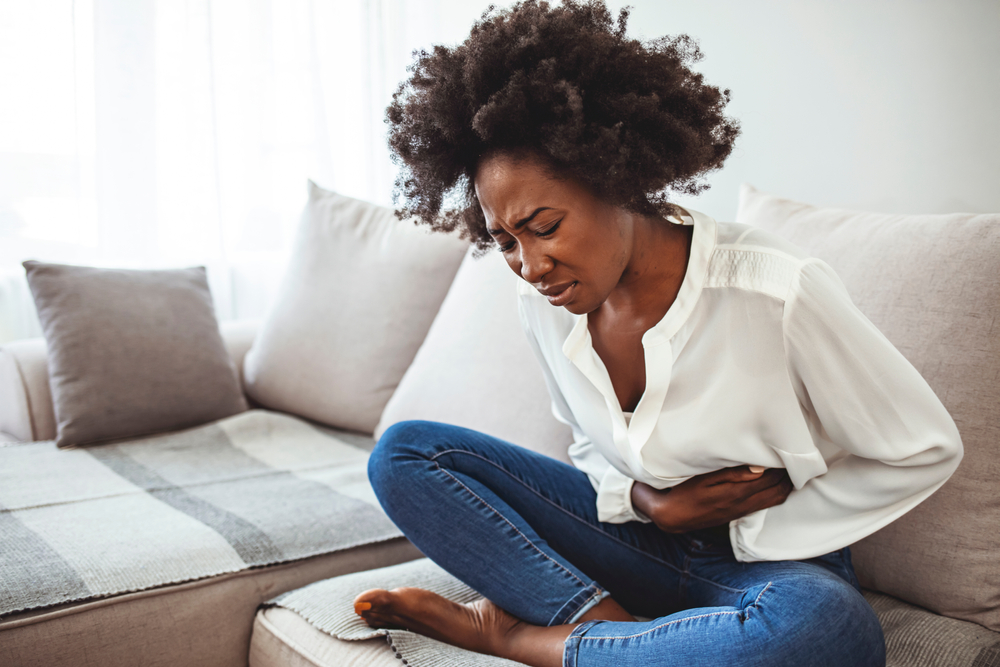 The pancreas is an organ located behind the stomach and connected to the first part of the small intestine that secretes hormones like insulin to help regulate blood sugar levels and enzymes which are important for the digestion of proteins, carbohydrates, and fats. When the pancreas becomes irritated and inflamed, it results in pancreatitis as the enzymes leak out and damage the surrounding tissue.

Acute pancreatitis occurs suddenly with episodes of pain and nausea. If the inflammation in the pancreas becomes a long-lasting problem and turns chronic, it can lead to permanent damage. A functional medicine approach to pancreatitis looks at the underlying causes of the inflammation to work towards regaining balance in the body.

Pancreatitis is inflammation of the pancreas, an organ located in the abdomen. The pancreas has an endocrine function where it releases the hormones insulin and glucagon into the bloodstream to help the body control how it uses sugars in food for energy and storage. It also has an exocrine function, which releases digestive enzymes into the beginning of the small intestine to help digest proteins, carbohydrates, and fats.

When digestive enzymes leak out and begin working before the pancreas releases them into the intestines, where they are supposed to be active, this can damage the pancreatic tissue and result in an inflamed, swollen, and irritated pancreas.

The pancreas produces digestive enzymes and juices that flow from ducts into the duodenum of the small intestine to help digest carbohydrates, fats, and proteins. Normally, pancreatic enzymes that help digest food do not become activated until they leave the pancreas and reach the duodenum of the small intestine. However, if they become activated inside the pancreas, they can start "digesting" the gland, causing tissue injury and inflammation that leads to pancreatitis.

Environmental, lifestyle, and genetic factors can affect the pancreas's ability to properly produce and distribute its enzymes. These Include:

Long-term alcohol abuse is a leading cause of pancreatitis. Alcohol triggers the release of pancreatic enzymes and increases the permeability of the smaller ducts within the pancreas, causing digestive juices to leak into and damage the tissue.

Small gallstones can migrate from the gallbladder to the common bile duct, which merges with the pancreatic duct near the entrance to the small intestine. If a stone blocks the pancreatic duct, it can cause pancreatic enzymes to activate and begin the digestive process that injures pancreatic tissue.

Overall, some factors contribute to a higher risk of developing pancreatitis symptoms:

In addition, the risk of more severe and persistent disease is more significant in acute pancreatitis when vitamin D levels are insufficient.

There are two main types of pancreatitis depending on how quickly the inflammation of the pancreatic cells develops and resolves.

The most common cause of acute pancreatitis is gallstones, followed by chronic substantial (~4-5 drinks per day) alcohol consumption.

Due to the chronic inflammation that occurs in chronic pancreatitis, the gland becomes damaged and begins to break down. This impairs the normal functions of the pancreas.

​​The most common cause of chronic pancreatitis is long-term alcohol use which is responsible for around 40–70% of all cases.

The most common symptom of pancreatitis is abdominal pain. Acute pancreatitis comes on suddenly and usually only lasts for a few days.

When acute, this pain is generally short-lived, lasting a few hours to days, and may radiate to the back or occasionally to the chest. Pain may worsen with drinking alcohol or eating. When chronic, the pain may continue for months or even years.

In addition to pain, pancreatitis can cause:

Recurrent or severe pancreatitis attacks can result in long-term inflammation that causes permanent scarring or destruction of the organ and resulting problems. For example, if the pancreas becomes damaged from recurrent inflammation, it may not be able to produce insulin properly, and diabetes may develop as pancreatic function declines. Similarly, weight loss and malnutrition can occur if the pancreas cannot produce enough digestive enzymes.

In addition, when the pancreatic tissue becomes damaged, it is more susceptible to bacterial infection by microbes that originate in the small intestine and spread into the pancreatic ducts or tissue. This can lead to infections that result in high fevers, abscess formation, septic shock, and ultimately organ failure if the infection is not treated.

If a duct becomes obstructed, a pancreatic pseudocyst can form as fluid and tissue debris become trapped. These pseudocysts may also become infected, bleed, or cause pain and usually require surgical drainage.

Necrotizing pancreatitis is one of the most severe complications of acute pancreatitis. It occurs when intense damage to the pancreas results in death (necrosis) of some of the tissue where the damage cannot be reversed. If enough tissue in the pancreas dies, it can result in serious complications.

One of the most common complications of necrotizing pancreatitis occurs when the dead tissue becomes infected. This usually happens within a few weeks after the tissue damage begins. If the bacteria infecting the damaged pancreatic tissue spread into the bloodstream, it can lead to a blood infection or sepsis. Sepsis is a severe condition that can lead to shock if not treated quickly and properly with antibiotics.

How is Pancreatitis Diagnosis

An ultrasound or computed tomography (CT scan) can be used to image the pancreas, gallbladder, and bile duct and uncover inflammation and structural abnormalities.

Endoscopic ultrasound (endosonography) provides clearer images of the pancreas and connecting ducts by using an internal (endoscopic) ultrasound inserted via a thin tube with a tiny ultrasound attachment through your stomach and into your small intestine.

ERCP (endoscopic retrograde cholangiopancreatography is another way to take images of the pancreas via a tiny camera passed into your small intestine. Dye is injected into the pancreatic or bile ducts to see if there are any blockages.

Elastase is a specific marker for pancreatic function that can be measured in the stool. It can help assess how well the pancreas is making certain digestive enzymes due to chronic pancreatitis or other causes.

With long-term or chronic pancreatitis, several tests can be used to assess how the body handles sugars, reflecting any damage to the insulin-producing pancreatic cells:

Mild attacks of acute pancreatitis often improve on their own or with dietary and lifestyle changes like stopping alcohol intake and temporarily limiting oral intake to rest the digestive tract and pancreas. More severe acute cases of pancreatitis may require urgent medical attention. If gallstones block the pancreatic duct, a surgical procedure to remove the stones may need to be performed.

With damage due to chronic pancreatitis, pancreatic enzyme supplements may be used to aid digestion.

Although it must be personalized to the individual, a whole food, low inflammatory, low-fat diet that avoids trans fat and industrialized processed fats is often recommended to help avoid pancreatitis. Eating several small meals may also help prevent attacks compared to three larger ones.

During pancreatitis pain flares, it may be helpful to have a short period of consuming only clear liquids such as bone or vegetable broth, apple or cranberry juice, or gelatin to allow the digestive tract a time of relative rest.

The National Pancreas Foundation cookbook is also a great place to start for both acute and chronic pancreatitis patients.

Certain nutrient deficiencies, including reduced amounts of vitamins A, C, and E, selenium, and carotenoids, have been associated with developing pancreatitis. In addition, chronic pancreatitis can also result in malnutrition due to malabsorption and depletion of nutrients. These include deficiencies in the fat-soluble vitamins A, D, E, and K, as well as vitamin B12, calcium, magnesium, thiamine, and folic acid.

Therefore it is essential to tailor one's diet and potential supplementation to address any nutrient deficiencies uncovered by testing. In some cases of chronic pancreatitis, exogenous pancreatic enzymes may be used to correct protein and fat maldigestion.

1 to 2 tablespoons per day of a high-quality omega-3 fatty acid supplement have been shown to reduce inflammation and improve the risk of mortality, infectious complications, and length of hospital stays for patients with acute pancreatitis.

Supplementation with glutamine reduced the length of hospital stay and decreased complications for patients with acute pancreatitis. Foods naturally rich in L-glutamine include bone broth, grass-fed beef, and cottage cheese.

Complementary and Alternative Therapy for pain associated with pancreatitis include:

It is essential to remain hydrated, avoid alcohol, and stop smoking to reduce inflammation and prevent pancreatitis flares.

Pancreatitis occurs when the pancreas becomes inflamed. The pancreas is an organ that produces several enzymes to aid in the digestion of food, as well as the hormone insulin which impacts the level of sugar (glucose) in the blood. When the pancreas is inflamed, it causes pain, nausea, vomiting, fever, and damage to the pancreatic tissue, which can cause the body to be unable to absorb the nutrients it needs.

Mild attacks of acute pancreatitis can improve on their own or with dietary and lifestyle changes. With recurrent chronic pancreatitis, long-term damage to the pancreas can occur, sometimes leading to malnutrition and diabetes.

Urine
Whole Blood
Serum
The NutrEval® FMV evaluates a variety of antioxidants, vitamins, minerals, fatty acids, and other biomarkers to determine nutritional deficiencies and imbalances. This test cannot be ordered for patients under 2 years of age.
Elastase
by
Doctor's Data

Stool
This is a single-marker test measuring elastase.
Amylase
by
BioReference Laboratories

Serum
This is a single-marker test measuring amylase. It can be ordered as part of a custom panel.
Lipase
by
BostonHeart Diagnostics

Serum
This is a single marker test measuring lipase. It can be ordered as part of a custom panel. Please be advised that Boston Heart Diagnostics policy states that practitioners are unable to order labs on themselves or their immediate family members.
C-Peptide
by
BostonHeart Diagnostics

Serum
This is a single-marker test measuring C-peptide. It can be ordered as part of a custom panel. Please be advised that Boston Heart Diagnostics policy states that practitioners are unable to order labs on themselves or their immediate family members.
Glucose, Fasting
by
BioReference Laboratories

Plasma
This is a single-marker test measuring fasting glucose. It can be ordered as part of a custom panel.
Insulin, Fasting
by
BioReference Laboratories

Serum
This is a single-marker test measuring fasting insulin. It can be ordered as part of a custom panel.
HbA1c
by
Ayumetrix

Blood Spot
This is a single-marker test measuring HbA1c.