The Health Risk of Plastics 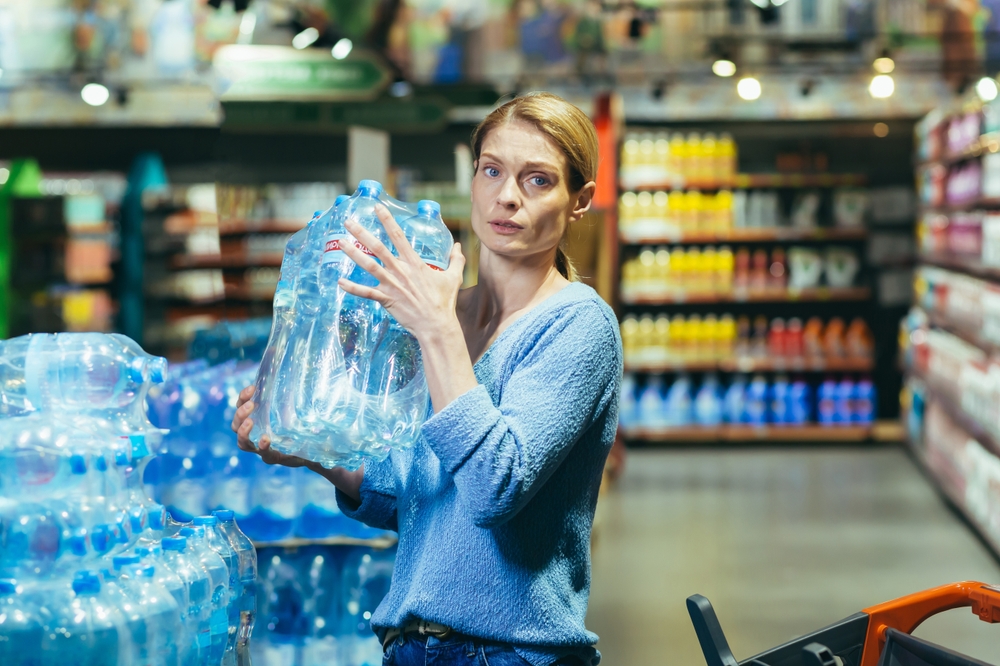 Plastics are EVERYWHERE… seriously! Humans produce over 380 million tons of plastics annually, and we find plastics used in every industry. Unfortunately, about half of all plastics are "single-use," meaning that 50% of the plastics made will be thrown out immediately after use.

In 2018, landfills received 27 million tons of plastic. It is estimated that in 2010, about 8 million metric tons of plastic entered the ocean. To put that in perspective, that's the weight of about 90 aircraft carriers.

Microplastics are tiny plastic particles found even in the water and food supply. Some estimates state that we consume about the same amount of plastic as a credit card each week. We even breathe in plastics. Plastic fibers from synthetic clothing and textiles from home furniture pollute our indoor air.

Plastics are ubiquitous in our environments and lives. We can't avoid them entirely. However, before we begin to feel the "doom and gloom," we can turn our attention to reducing plastics, using functional medicine to understand how plastics may be impacting our health, and even begin specific lifestyle changes to rid plastics from our bodies.

Plastics are synthetic chemical substances and are known as polymers. However, they are derived from natural, organic materials such as cellulose, coal, natural gas, salt, and crude oil. These materials then go through two chemical processes, polymerization and polycondensation, which shape and harden (or soften) the plastics based on their desired function.

Unlike natural compounds, plastics don't break down over time. Instead, they break into smaller pieces, and once they are 5 millimeters or smaller, they are known as microplastics. These microplastics are hard to detect and have made their way into the water and food supply, are eaten by wildlife and have even been found inside our bodies, potentially causing health issues.

When Was Plastic Invented?

It wasn't until the 1960s that concerns about plastics were observed. Then, in the 1980s, recycling initiatives began. However, most plastics were (and still are) ending up in landfills and oceans. The Great Pacific Garbage Patch is the ultimate symbol of plastic waste and environmental harm. It is located in the Pacific Ocean and is a swirl of plastic garbage the size of Texas.

Which Chemicals in Plastic are Dangerous to our Health?

The production of plastics is directly associated with various chemicals, which are unfortunately hazardous to our health. The topmost problematic chemicals found in plastics are:

Heavy Metals: chromium, lead, cadmium, and arsenic, have been found in 92-100% of plastics. These metals are known carcinogens.

Phthalates: are added to plastics to make them more pliable. Unfortunately, they have been linked to reproductive disorders, weight issues, insulin resistance, asthma, and attention deficit hyperactivity disorder.

Bisphenols: (BPA is the most well-known) are used in food packaging, as a sealant in cans and dental fillings, as a coating in aluminum water bottles, and in receipt papers. It has been associated with certain health conditions, including breast cancer, infertility, early puberty, epidemics such as diabetes and obesity, and neurological disorders in children.

Polyfluorinated and Perfluorinated Compounds: usually referred to as PFAS, are used for "non-stick" or "non-stain" properties. Teflon is the most well-known PFAS for its use in nonstick cooking pans. It has been linked with kidney and testicular cancer, elevated cholesterol, decreased fertility, low birth weight, thyroid problems, and decreased immune response to vaccines in children.

Many of these chemicals are also known as Endocrine Disruptors because they directly interfere with our endocrine system (our hormones).

Functional medicine labs can help detect overall chemical exposures. They can also give us insight into how well-equipped our genes are and how efficient our detoxification systems are.

Since heavy metals have been shown to leach out of plastics, testing for heavy metal exposures is a great place to start. Testing through the hair via the Hair Elements test can detect results that are 200 to 300x more concentrated than testing via blood.

GPL-TOX is a urine test analyzing 173 non-metal environmental toxins, including chemicals in plastics such as phthalates. The results can give a good idea of the total chemicals someone has been exposed to.

DetoxiGenomic® Profile is another excellent functional medicine test if plastic and chemical exposures are suspected issues for your health. This test is unique in that it can detect the genetic variations that may be associated with the altered function of the detoxification pathways.

The Hepatic Function Panel is also crucial for assessing the health and function of the liver, which is the primary organ involved in the detoxification of chemicals.

What Can We Do to Reduce Our Exposure to Plastic Health Dangers?

Reducing plastic exposures might seem impossible since plastic is ever present in our society. However, there are certain things that we can do in various areas of life.

It is also beneficial to reduce plastics from around the house. You can swap out plastic food storage containers for glass containers, use bar soap instead of body wash, and use reusable bags at the grocery store.

Plastics are mainly detoxified via glucuronidation, a part of the Phase 2 liver detoxification pathway. Calcium D-Glucarate is found in fruits and vegetables and can also be taken as a supplement. It has been shown to affect the glucuronidation phase of detoxification, meaning that a diet high in this substance may indirectly help to metabolize microplastics.

A diet rich in whole foods that includes cruciferous vegetables, berries, soy, garlic, and turmeric is essential for supporting the detoxification pathways.

Phthalates, specifically, have been shown to detoxify more efficiently via sweat. One of the best ways to induce sweat, besides exercise, is using saunas.

Plastics are ubiquitous in our homes, environment, and lives. It turns out that microplastics, tiny plastic particles, are even making their way inside our bodies, likely leading to adverse health outcomes.

While we might not be able to escape plastic entirely, there are measures that we can take to reduce our exposures. Functional medicine can help test for exposures and our body's capability to detoxify them. It can also provide some holistic solutions to assist in the detoxification process.

Urine
The GPL-TOX is a toxic non-metal chemical profile that screens for the presence of 173 different toxic chemicals using 18 different metabolites, all from a single urine sample.
DetoxiGenomic® Profile
by
Genova Diagnostics