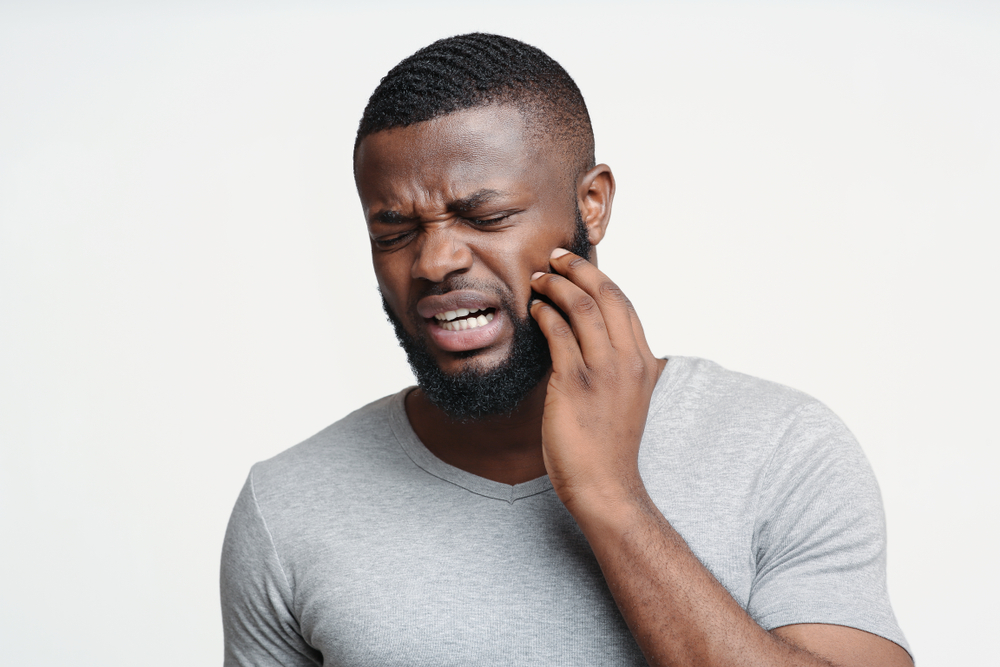 Trigeminal neuralgia is a chronic pain condition in the face or side of the head that originates from the trigeminal nerve. This condition, also known as tic douloureux, is the most common cause of facial pain. It affects 15,000 people yearly and is more common in women than men. While it occurs more frequently in ages 50-70, any age is susceptible, including infancy.

Trigeminal neuralgia is most known for its excruciating pain. This pain may start as quick and intermittent, but as the condition progresses, the pain can last much longer. Treatment depends on what is causing irritation to the nerve. Options for relief include medication or surgery for pain relief and some complementary and alternative medical therapies.

In trigeminal neuralgia, the trigeminal nerve's function is disrupted. The most common reason is a blood vessel putting pressure on the nerve. Through the pulsations of the vessel, it wears away the nerve's protective myelin sheath.

Other reasons could be:

Multiple sclerosis may also require investigation as a culprit due to its ability to degenerate the myelin sheath.

Rare causes could stem from pressure from a tumor or an arteriovenous malformation, which is a condition where arteries and veins become entangled.

Once a patient has trigeminal neuralgia, it can be triggered by the slightest touch. Common triggers include:

Extraordinary pain levels are a hallmark of trigeminal neuralgia, although the pain intensity may vary from person to person. The range includes sudden, sharp, or stabbing pain down to more of a constant burn or ache. Some may report a more electrical or "lightning-like" pain.

Trigeminal neuralgia occurs spontaneously. Patients may experience attacks of pain that come in waves over the course of a day. Typically, there is a period between waves where the pain subsides. The pain intensifies over time and becomes less responsive to medication. Despite the debilitating pain during the day, trigeminal neuralgia rarely occurs at night.

According to Harvard Medical School, approximately 50% of patients have specific facial trigger points where trigeminal pain can be elicited by pressure or a temperature change.

Because of the excruciating pain level, the anxiety of returning pain may also be another symptom of trigeminal neuralgia.

Also known as the 5th cranial nerve, the trigeminal nerve has a wide distribution. It is the largest nerve in the head and is located on both the right and left sides. Starting near the ear, the trigeminal nerve branches forward into the forehead, cheek, and jaw. This nerve conducts sensory information from the face to the brain and stimulates the movement of the jaw muscles for chewing.

No single test can diagnose trigeminal neuralgia. Its diagnosis comes by ruling out other conditions with overlapping symptoms. It starts with a thorough exam and health history to rule out other causes of the head or facial pain. Recent events such as root canals or tooth infections, trauma, or viral infections (such as herpes or shingles) may cause the same type of pain as trigeminal neuralgia.

Diagnosis may require an MRI to rule out other possible conditions, such as multiple sclerosis (MS) or a tumor. Further special imaging is required to determine if the trigeminal nerve is compressed by a blood vessel.

Since trigeminal neuralgia may precede MS, in addition to imaging and further diagnostic studies, functional blood work may include testing for common autoantibodies connected to autoimmune processes in the nervous system.

Conventional treatment usually begins by using medication to manage pain. The aim is for their therapeutic effect to lessen or block the pain signal coming from the trigeminal nerve going to the brain. Here are the common types of medications used:

The above medications do carry the possibility of unpleasant side effects. These may include dizziness, drowsiness, double vision, and nausea. Patients will need monitoring by their doctor and routine blood work.

Some trigeminal neuralgia conditions will stop responding to medication and require higher doses, a different prescription, or other treatment options such as injections or surgery.

Should patients not respond to medication, there are two main options for surgical intervention; rhizolysis and neurectomy. After many of these procedures, some degree of facial numbness is expected, and TN will often return even if the procedure is initially successful. There are also serious risks involved with these surgeries, including hearing loss, balance problems, leaking of the cerebrospinal fluid (the fluid that bathes the brain and spinal cord), infection, anesthesia dolorosa (a combination of surface numbness and deep burning pain), and stroke, although the latter is rare.

Rhizolysis: This procedure uses a stimulus to damage the nerve fibers to block the pain signal. This may come in the form of balloon compression, glycerol injection, gamma knife radiation, radiofrequency ablation, and microvascular decompression. There are many different types of rhizolysis, and each option with risks and benefits should be discussed with the patient.

Neurectomy: Neurectomy is the cutting away of part of the nerve, either at the point, it enters back into the brain stem or a portion of the trigeminal nerve's branches, which may serve to eliminate pain. This can cause long-lasting numbness in the area of the face that is supplied by the nerve that is cut. However, the nerve may grow back, and the sensation may return in time. With neurectomy, there is a risk of creating anesthesia dolorosa.

The body of research for Functional Medicine approaches is growing and requires further study. Here are a few natural approaches that have proven efficacy:

Acupoint Injection of B12

Acupoint injections of vitamin B12 are shown to be more effective than carbamazepine in treating Trigeminal neuralgia pain. One hundred and four cases of trigeminal neuralgia were randomly divided into a treatment group and a control group. The treatment group was treated with an acupoint injection of 2000 microg of Vitamin B12 in the acupoint (ST 7). ST 7 acupoint falls directly over where the trigeminal nerve's mandibular branch exits from the skull onto the face.

Other Complementary and Alternative Treatment Options

Though anecdotal, some patients have also found relief through chiropractic and biofeedback.

In addition to the above therapies, the functional medicine lens aids in determining the root cause of each patient's inflammatory burden. The systems balancing approach effectively restores the immune and inflammatory response to reduce pain levels rather than masking them.

Research found that patients' folate levels drop when they take carbamazepine. Therefore, it is advisable to incorporate folate-rich foods (such as lentils, asparagus, and spinach) into the diet and discuss folate supplementation with your doctor.

Though trigeminal neuralgia pain can be intense, it is not life-threatening. Relief is possible by finding the therapy or combination of treatments that works for each patient. Fortunately, the functional medicine approach brings more options to help practitioners best strategize a plan with their patients.

Thanks for subscribing!
Oops! Something went wrong while submitting the form.
Dr. Aric D. Cox
,
DC, IFMCP
Order from 25+ labs in 20 seconds (DUTCH, GPL, Genova & More!)
We make ordering quick and painless — and best of all, it's free for practitioners.
Sign up free
Browse the lab catalog