Why Most Functional Medicine Practitioners Say No To Alcohol 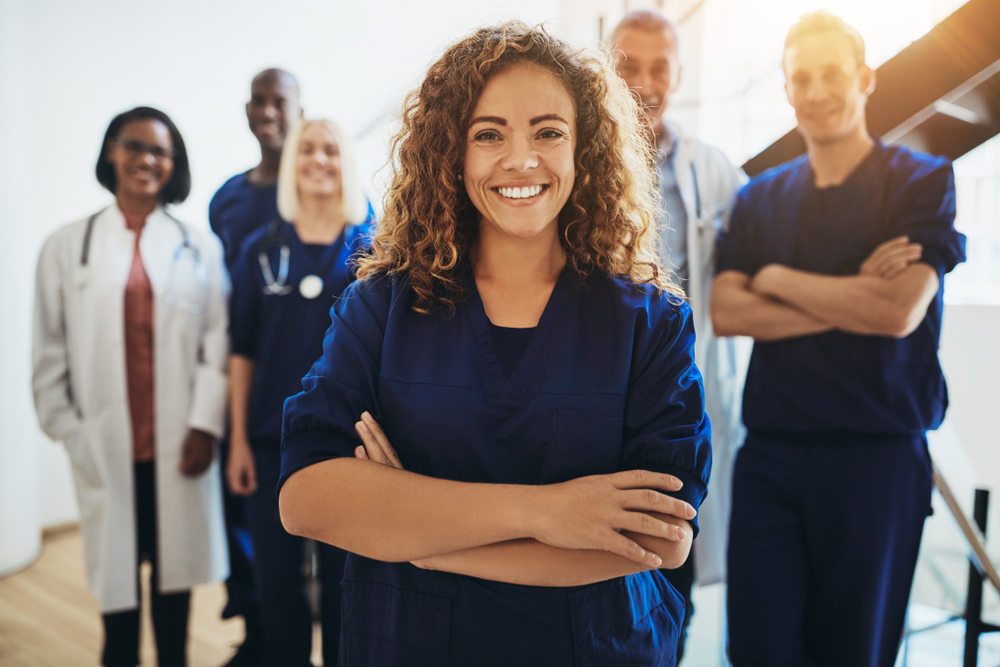 Whether you are celebrating something or lamenting, alcohol has been the substance of choice worldwide for thousands of years. Got a new job promotion? Celebrate with a drink. Just ended things with your significant other? Wallow with a drink (or a few). Alcohol is the go-to when looking for a "cocktail high" or a numbing effect of an emotional wound. However, the aftereffects of drinking too much can impact your mood, hormones, immune system, liver, brain, and cardiovascular system for far longer than its short-lived enjoyment (1).

Drinking with your friends, family, or even with yourself is no big deal once in a while. There are many social and cultural aspects of consuming alcohol, and if you partake now and then, there is typically little harm done. However, as with anything regarding our health, the dose makes the poison, and moderation is paramount.

What Is Alcohol & How is Alcohol Made?

Alcohol is a psychoactive (affecting the mind) substance produced by the fermentation of yeast, sugars, and starches. Ethyl alcohol (or ethanol) is the type of alcohol found in beer, wine, and liquor. Alcohol affects nearly every organ in the body, and the intensity and effect of alcohol on the body are directly related to the amount of alcohol one consumes (2).

Why is Alcohol Addictive?

The addictive attributes of alcohol seem to be linked to its numerous effects on the brain. In fact, alcohol has been found to affect over 100 unique receptors in the brain (3).

Alcohol can also negatively impact decision-making, neurotransmitter levels, and mood. In the process of drinking, alcohol acts as a stimulant. But as drinking starts to wind down, it works more as a sedative. Researchers found that drinking increases levels of norepinephrine, the neurotransmitter responsible for arousal, pleasure, and reward. This increase accounts for heightened excitement and addictive pathways involved in drinking. Elevated levels of norepinephrine can also increase impulsivity, which explains why we tend to throw our inhibitions to the wind when drinking. A "drunken brain" is primed to seek pleasure without considering the consequences, just like in addiction (12).

Brain PET scans have shown that alcohol can also release endorphins (our "pleasure/feel-good hormones"), which bind to opiate receptors in the brain. The initial euphoric effects of alcohol, or why we may feel more fun and relaxed with a buzz, result from the release of dopamine from the reward center in the brain. Dopamine release is also thought to be one of the mechanisms that can drive addiction regarding alcohol consumption (14).

What Does Alcohol Do to Your Brain and Body?

Alcohol impacts nearly every single cell and organ in the body, and the claimed polyphenol and antioxidant benefits of consuming alcohol are dismal at best. Your whole body essentially absorbs alcohol (16, 21).

Drinking too much alcohol can result in alcohol-associated organ damage, negatively impacting your overall health over time. Drinking in excess can lead to irregular heartbeat, high blood pressure, and cardiomyopathy. Alcohol is toxic to the nerves outside the brain and the nervous system, which can result in the loss of sensation in your hands and feet, known as neuropathy, or specifically alcoholic neuropathy in this case (18).

Consumption of alcohol has been linked to poor sleep quality and duration. People with alcohol use disorders commonly experience insomnia symptoms, and studies have shown that alcohol use can exacerbate sleep apnea symptoms. Drinking alcohol before bed can suppress REM sleep during the first two cycles, which is the stage of sleep associated with memory consolidation (20).

Heavy drinking can lead to systemic inflammation, particularly in the liver, resulting in fatty liver, alcoholic hepatitis, fibrosis, and cirrhosis. There is also a strong scientific consensus that long-term and excessive alcohol consumption can impact the pathogenesis and development of certain cancers, such as the pharynx, larynx, esophageal, colorectal, breast, and liver cancer (16, 17).

Have you ever had a pounding headache the day after drinking? That is primarily due to alcohol's effect on vasopressin, a hormone that prevents our kidneys from eliminating too much fluid. Alcohol blocks vasopressin, which can increase the need to urinate, leading to dehydration (22).

The adverse effects of alcohol are rather detrimental to the brain as well. Alcohol consumption impacts the hippocampus, the part of the brain involved in memory formation, which can result in memory impairment and "blacking out" when drinking (15).

Researchers have found that even a single drink on average per day can decrease brain volume over time. In one study by the University of Oxford, researchers followed participants for 30 years, tracking their drinking patterns and brain health. Participants in the study who drank four or more drinks a day had almost six times the risk of hippocampus shrinkage compared to nondrinkers, while moderate drinkers had three times the risk (6, 7). In other words, brain shrinkage was proportional to the amount of alcohol the participants consumed.

Drinking also decreases activity in the prefrontal cortex, which is the executive decision-making and rational thought part of the brain. This reduced brain activity explains why people can act irrationally when drinking (have you ever "drunk dialed" an ex?) and might regret their actions the next day. The prefrontal cortex also plays a role in preventing aggressive behavior, which might help explain the relationship between alcohol and violence (13).

How Long Does Alcohol Stay In Your System?

Not only does alcohol affect nearly every organ in your body, but it also affects your body relatively quickly. Alcohol is absorbed through the lining of your stomach, where it enters your bloodstream. Once there, it can travel into various tissues throughout your body. Alcohol can reach your brain in roughly five minutes and starts to affect you within 10 minutes (4). The half-life of alcohol is between 4-5 hours.

Alcohol metabolism is the process of clearing alcohol from the body. It can be impacted by various factors, such as weight, gender, tolerance level, hydration level, and whether or not food is in the stomach. Generally, after 20 minutes, the liver starts to process alcohol; on average, the liver can metabolize 1 ounce of alcohol every hour. Alcohol can be detected anywhere from 12-130 hours through a biomarker known as Phosphatidlethanol (PEth) or detected from 12-24 hours in saliva or breath. If tested in hair, it can be detected up to 90 days after the person has stopped drinking (4, 5).

How Long Does Alcohol Detox Take?

The effects of alcohol largely depend on the person. The time it takes for alcohol to metabolize depends on the health and function of your liver enzymes and stomach enzymes that help break down alcohol byproducts. Additional factors affecting alcohol metabolism include the strength (alcohol content) of the drink, how fast and how much was consumed, and whether water was drunk alongside the alcohol. Hangover symptoms are also closely tied to how efficiently the body can break down alcohol and its byproducts, such as acetaldehyde (5, 8). Intoxication occurs when alcohol intake exceeds your body's ability to metabolize alcohol and break it down. The more you drink (and the stronger the drink), the more work your body has to do. Breaking down three glasses of wine is more work for your body than one.

While the liver is one of the main organs that deal with processing and breaking down alcohol, the brain, pancreas, and stomach also metabolize alcohol, delineating its systemic effects on the body. Once alcohol passes through the stomach, small intestines, and bloodstream, your liver begins its breakdown phases and removes roughly 90% of the alcohol from your blood, with the rest excreting through your kidneys, lungs, and skin (10).

Specific genes and enzymes are responsible for breaking down the toxic byproduct acetaldehyde. The primary enzymes involved are aldehyde dehydrogenase (ALDH), alcohol dehydrogenase (ADH), cytochrome P450 (CYP2E1), and catalase (11). Variations in these enzymes have been found to influence alcohol dependence and alcohol-related tissue damage.

Alcohol dehydrogenase (ADH) and aldehyde dehydrogenase (ALDH) play a role in breaking down alcohol and allowing the stomach to send the alcohol directly to your small intestine. From there, alcohol goes to the bloodstream and your brain, which induces that "buzzed" feeling. Some research has found that women tend to have lower levels of the ADH enzyme, while individuals who drink somewhat regularly also tend to have lower levels of ADH than those who rarely or never drink (5, 9).

Options To Reduce or Stop Drinking?

If you are looking to evaluate your relationship with alcohol, there are options!

The good news is that being sober-curious (or questioning your relationship with alcohol, your interest in continuing to drink, or wondering why you drink in the first place) has become increasingly popular over the last few years. Another popular term is damp living, meaning you are not totally dry (or sober) per se, but you are also not as wet (or deluged in alcohol consumption) as you usually would be. Think of this as being semi-sober or prolonging something like Dry January or Sober October.

This is also a great time to set some boundaries with drinking, keeping alcohol out of your house, and only consuming it while in a social setting with your friends. Consider creating some alcohol rules for yourself. Here are some examples, but this is in no way an all-inclusive list. Feel free to add to these:

Remember to use this time to research some fun mocktail recipes and host a mocktail night with your friends, showing them how fun it can be to actually remember your night with friends the next day! Extra credit if you suggest or plan non-alcohol-involved activities for your friend group, such as trying out a new gym or restaurant or taking up a new sport or hobby.

While partaking in a celebratory (or wallowing) beverage occasionally can have a time and a place in your health journey, the overarching research would suggest that the harmful effects on the whole body outweigh the benefits. Drinking too much can negatively impact your mood, hormones, immune system, liver, brain, and cardiovascular system.

Treatment options are available if you are struggling with drinking on any level. Talk with your doctor or utilize resources such as the National Institute on Alcohol Abuse and Alcoholism, Substance Abuse and Mental Health Service Admindation, Alcoholics Anonymous, or Al-Anon. You might also consider playing around with the idea of being sober-curious, reducing your overall intake of alcohol, or doing something like Dry January to give your body a break!