The Ultimate Guide to Thyroid Hormones 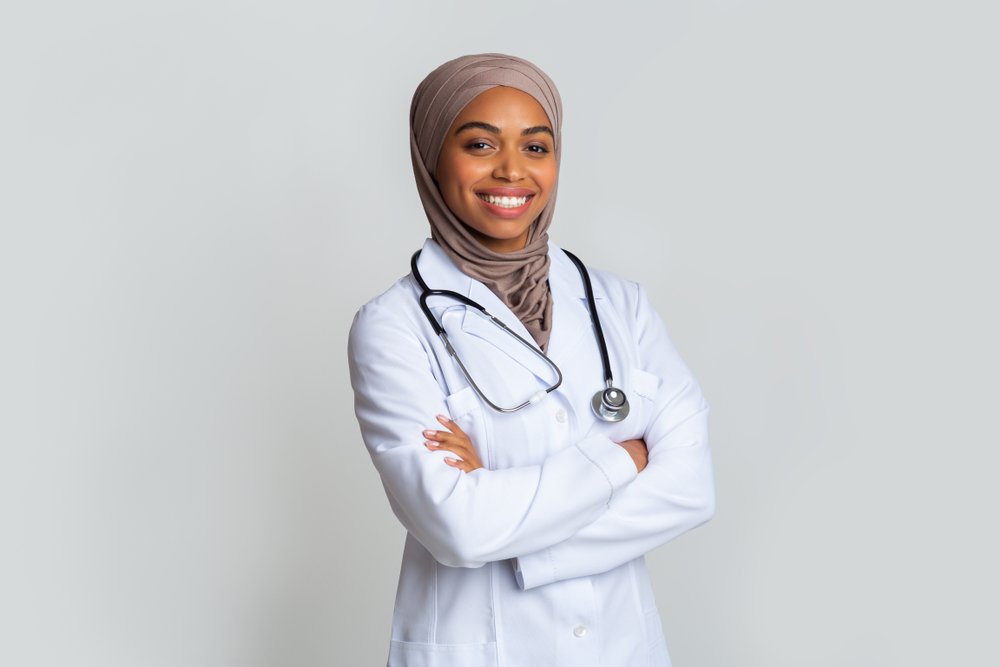 Thyroid disorders are common in the US, affecting over 10% of the population.

Most conventional doctors only order a TSH (Thyroid Stimulating Hormone) marker as a routine screening for thyroid health, but TSH is only one piece to a much bigger thyroid hormone puzzle.

It has been shown that only screening for TSH can miss about 7% of patients with overt thyroid dysfunction. This is because patients can have normal TSH levels yet still experience hypo or hyperthyroid symptoms due to other thyroid markers being out of optimal values.

In these cases, a comprehensive thyroid panel could provide a clearer picture of the downstream hormonal cascade providing more insight into the health and well-being of the patient's thyroid function and potentially detecting thyroid dysfunction early on.

When these hormone imbalances are detected early, it gives the patient and provider a better chance at correcting them with lifestyle, nutrition, and supplemental therapy before prescriptions are needed.

What is Thyroid Function Cascade?

The Thyroid Function Cascade is a conventional lab assessment hierarchy for testing thyroid markers. Rather than testing a full thyroid panel, which tests many or all thyroid markers at once, a thyroid function cascade will first measure a thyroid-stimulating hormone (TSH) level as a screening.

If the TSH is within the normal range, no further testing will typically be ordered. However, if the TSH is abnormal, there will be a reflex to additional tests, usually a Free T4.

If TSH is suppressed, but Free T4 is normal, then T3 will be measured next to rule out the occasional patient who experiences hyperthyroidism caused by the overproduction of T3 (rather than hyperthyroidism being caused by low T4).

If TSH is elevated, anti-thyroperoxidase (anti-TPO) antibodies will be measured to assess for autoimmune thyroiditis.

*Note: Most Functional Medicine practitioners will skip the Thyroid Function Cascade testing protocol and instead order a comprehensive thyroid panel during the initial appointment to ensure they are not missing early thyroid dysfunction.

How Do Thyroid Hormones Communicate With Each Other?

When more active T3 is required, T4 gets converted to T3 at the tissue level by deiodinases, a type of enzyme. When there is an insufficient amount of thyroid hormone circulating in the body, it gets sensed by the hypothalamus, and the whole process begins again.

The hypothalamus will also detect too much thyroid hormone. In this case, the exact opposite would happen where the hypothalamus pauses the production of TRH, halting the whole process.

Bound T3 is a form of T3 that is reversibly bound to a protein called Thyroid Binding Globulin (TBG). TBG prevents the T3 from freely entering the body's tissues and is therefore considered inactive. T3 is bound to TBG for transportation throughout the body. Bound T3 is typically measured by testing Free T3 and Total T3 (which includes both free and bound T3). Then, the Free T3 value must be subtracted from the Total T3 value to determine the amount of bound T3 present.

Total T3 is the summation of Bound T3 and Free T3. Total T3 is generally a more accurate marker than Free t3. It will tell you the total amount of the active form of thyroid hormone. (If your lab report says T3, it is always referring to total T3 unless you see "Free T3" or "fT3").

Free T3 is an active thyroid hormone that plays a vital role in the body's control of metabolism. This form of T3 is unbound and "free," making it available for easy utilization at the tissue level. Interestingly, only about 0.04% of total T3 is found in the Free T3 form.

Also known as T3 resin uptake (T3RU), it is used as an indirect measure of thyroid hormone binding capacity in the serum. Increased T3 uptake could indicate two scenarios:

Free T4 (fT4) is not bound to TBG and is free to travel into body tissues. However, fT4 is still inactive and must be converted to T3 to affect cellular metabolism. Because most of our thyroid hormone production is in the T4 form, and because fT4 is the form that is readily available to convert to T3 (the active form of thyroid hormone), fT4 is, therefore, a good representation of the amount of thyroid hormone available for the cells. If ft4 is low and total t4 is low, it indicates low overall thyroid hormone production at the thyroid gland level (hypothyroidism). If total t4 is normal and ft4 is low, that suggests dysfunction with the transportation of T4. If fT4 is high, it could indicate hyperthyroidism.

Anti-TPO is a test detecting the antibodies against Thyroid Peroxidase (TPO), an enzyme that plays an essential role in the production of thyroid hormones. If sufficient antibodies to TPO are found in your blood work, it could indicate an autoimmune disorder at the root of the thyroid dysfunction. Hashimoto's and Graves' diseases are two examples of autoimmune conditions that can trigger your immune system to attack normal thyroid tissue.

How to Test for Thyroid Hormones

Most conventional doctors will test for TSH levels as a screening for thyroid function and thyroid health. If TSH is within the normal range, no further thyroid tests are typically ordered. However, it is estimated that a TSH screening alone will miss about 7% of overt thyroid disease, which could explain why so many patients still report thyroid symptoms after their bloodwork was reported to be in the normal range.

A functional medicine approach will look further at a full thyroid panel to get a clearer picture and more answers about the root cause of thyroid symptoms. This way, regardless of the status of the TSH level, we can gain a deeper understanding of all of the hormones involved (TSH, T3, T4, rT3), immune function (anti-TPO), and communication between those markers via the HPT axis.

Blood work is an essential tool when understanding your thyroid health. While conventional (or standard) lab reference ranges help detect overt thyroid disease, optimal reference ranges are useful for the early detection of disease patterns. These optimal ranges can give us a clearer picture of current thyroid function. In functional medicine, the earlier we spot dysfunction, the sooner we can address it and prevent further disease progression.

Why Would My TSH Be High, But I Have Normal T3 T4?

Elevated TSH is often the first sign of a hypothyroid picture (or thyroid failure). This is why TSH is often used as a screening marker for thyroid health. This elevation in TSH is the pituitary's response to a drop in circulating thyroid hormone. The body's goal would be that the increased TSH leads to increased production of T4/T3, resolving the noted drop. This drop can be subtle, so it is common for T3 and T4 to still be within the normal range on bloodwork. Eventually, if the thyroid continues to underproduce thyroid hormones, T3 and T4 levels will also decrease on bloodwork.

What Does Low T3 Uptake Mean?

Patients with either a high or low T4 level either have abnormal T4 production or abnormal concentrations of TBG. The T3 Uptake marker is an indirect measure of TBG capacity and can help distinguish the cause of the altered T4 level. Specifically, a low T3 Uptake could indicate either low T4 production or increased TBG concentration. If T4 is in the normal range, thyroid production is not the issue. Instead, there is excess TBG.

Are "Normal" Thyroid Levels Different in Women vs. Men?

Research suggests that thyroid hormone function may be associated with gender differences. Women seem to have higher concentrations of TSH than men. However, even with these differences present, both women and men should still fall into the conventional and optimal ranges given above.

What Antibodies Contribute to Thyroid Disease?

Autoimmunity can be a cause of thyroid disease. To determine whether autoimmunity is the culprit in an individual patient, thyroid antibody markers should be run. The most commonly run antibody markers are anti-thyroid peroxidase (TPO) and anti-thyroglobulin (Tg). TPO suggests Hashimoto's or Graves' Disease. Tg suggests one of the following: Graves' disease, Hashimoto's disease, subacute thyroiditis, underactive thyroid, Systemic Lupus Erythematosus (SLE), or Type 1 Diabetes. Other antibodies less commonly run are anti-thyroid-stimulating hormone receptor (TSHR) antibodies and other antibodies against thyroid antigens.

How To Fix High Reverse T3?

A high rT3 indicates that your body is struggling to convert T4 to T3. In order to reduce the rT3 being produced, it is important to understand the many possible causes of high rT3. Calorie-restricted dieting, chronic illnesses, chronic inflammation, dysbiosis (gut microbiome imbalances), high emotional stress, and certain medications have all been shown to increase rT3 (7,8,3,13,12,17). Once the cause is understood, individualized treatments for those causes should be implemented. Zinc supplementation has also been shown to be beneficial in reducing rT3 by assisting in the conversion process of T4 to T3.

*Note: Never try to supplement or fix your thyroid hormones without the assistance of a provider.

Can You Balance Hormone Levels Naturally?

Balancing thyroid hormones naturally is a possibility with functional medicine. The key is proper diagnosis with in-depth thyroid panels to determine the root cause of thyroid dysfunction. Once we know the cause(s), practitioners can use various natural techniques to heal at the foundations.

Rebalancing the gut microbiome is a commonly recommended first source treatment for thyroid disorders and is essential regardless of the pathophysiology of the specific thyroid condition.

Nutrient deficiencies are also common root causes of thyroid dysfunction. Iodine is a mineral that often gets brought up when discussing thyroid health due to the fact that the thyroid requires iodine to manufacture thyroid hormone. However, other important micronutrient statuses should also be assessed, such as vitamin A, zinc, Vitamin D, omega-3 fatty acids, and selenium. These nutrients will not only prevent those specific mineral deficiencies but also help reduce inflammation, another common root cause of thyroid dysfunction.

Lifestyle changes such as stress reduction, sleep hygiene, and exercise have also been shown to be incredibly important for healing and rebalancing thyroid hormones.

Make sure to speak with your doctor if you are taking any medications. Certain medications can interfere at various stages of the HPT Axis, causing thyroid symptoms. Sometimes this can be addressed by asking your doctor to reassess and manage your prescriptions.

Thyroid symptoms can be debilitating yet vague and nonspecific. Most patients find it incredibly frustrating when their bloodwork comes back "normal," leaving them with unanswered questions about their symptoms.

Functional medicine can help pinpoint the root cause of those thyroid dysfunction problems by looking at a full thyroid panel and understanding where along the HPT Axis the thyroid dysfunction is occurring. Often much can be learned about your thyroid by just taking a deeper look.