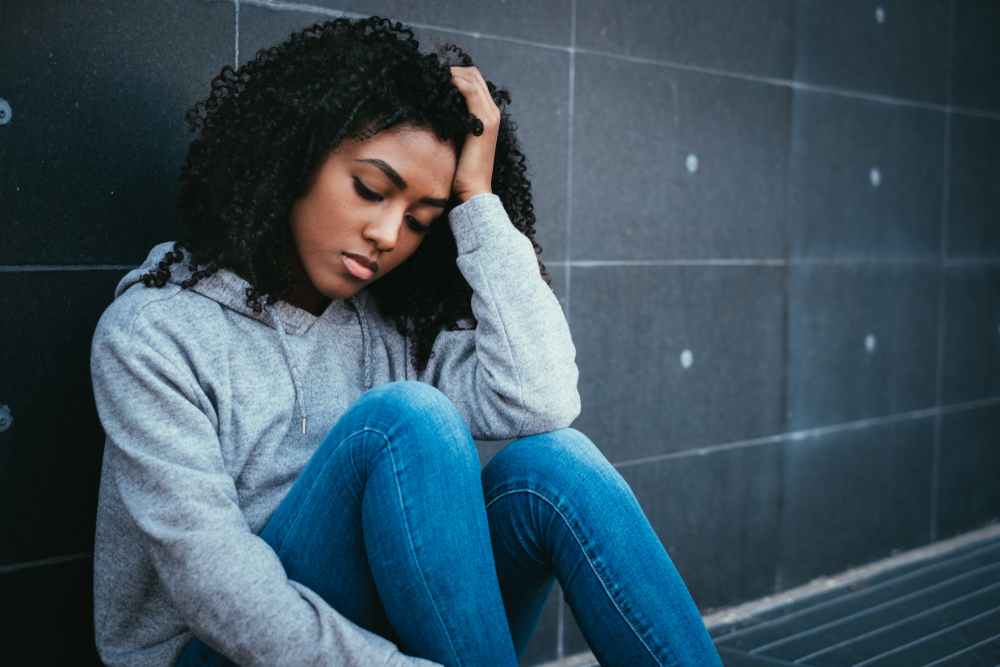 Bipolar disorder is a group of three distinct types of mood disorders characterized by abnormal, uncontrolled changes in mood, activity, concentration, and energy levels that impact a person’s ability to live, work, care for themselves, and more. The symptoms of bipolar disorder can be mild, moderate, or severe. Bipolar disorder will affect up to 4.4% of adults in their lifetimes. There is an abundance of research about what works to help manage symptoms and slow the progression of bipolar disorder, from pharmaceuticals to the foods we eat, exercises we choose, and the ways we sleep. This article will review a Functional Medicine Approach to Bipolar Disorder, including nutrition, lifestyle interventions, pharmaceuticals, physical medicine, and more.

There are 3 types of bipolar disorder. Each is categorized by some combination of mania/hypomania and depressive episodes.

It is possible for people with bipolar to experience episodes where they have both manic and depressive symptoms at the same time. These are called "mixed episodes."

Sometimes, people experiencing these mood changes are aware of their shift in affect and want help. Other times, the person with bipolar may be completely unaware that their mood and activity level has changed, and friends or family members are more likely to notice and report their symptoms.

83% of people with bipolar report that it causes them severe impairment in their activities of daily living. Bipolar disorder symptoms can be frightening for both the patient and loved ones. Regular, intensive treatment is required to help people with severe symptoms of bipolar to manage their symptoms.

It should be noted that science is still evolving when defining and classifying bipolar disorder and that there are many things we still don't know. The development of bipolar disorder is still not completely understood and involves many factors, including genetics, brain chemistry, anatomy, neuroinflammation, stress, and more.

Changes in the prefrontal cortex, cerebellum, limbic system, and ventricles of the brain are common in bipolar disorder. These areas of the brain help control attention, planning, motor and thought coordination and more.

People with bipolar disorder and depression also tend to have smaller numbers of glial cells in the central nervous system than people without these disorders. Glial cells provide nutrients, support, insulation, and protection for neurons. They also help clear the brain of waste products, produce cerebrospinal fluid, and control levels of neurotransmitters.

Additionally, abnormalities in serotonin and norepinephrine production and transmission are common in the brains of people with bipolar disorder, as are changes in hypothalamic-pituitary-adrenal (HPA) and hypothalamic-pituitary-thyroid (HPT) axis function. People with bipolar tend to produce more cortisol in response to stress and maybe helped by higher doses of levothyroxine (a thyroid medication) than people without bipolar.

Many genetic factors are thought to be associated with an increased chance of developing bipolar disorder. For example, first-degree relatives of a person with bipolar disorder are about ten times more likely than those without a family history of bipolar to develop the condition.

Some researchers estimate that the likelihood of developing bipolar disorder is influenced 85% by genetics and 15% by environmental factors like stress, drug use, etc. Genes that control processes like voltage-gated calcium channel function, BNDF, glutamate metabolism, catecholamine production, blood sugar management, and more are thought to be involved in bipolar disorder.

It is rare for children or older adults to be diagnosed with new-onset bipolar disorder. The median age at which people with bipolar disorder are first diagnosed is 17.5 years old, with a peak incidence between the ages of 15-29.

While males and females seem to be equally affected by bipolar disorder, females are more likely to be diagnosed with bipolar II and rapid-cycling forms of bipolar.

People with bipolar disorder are more likely to experience high levels of cortisol (a stress hormone) and adrenaline in response to stress. Their cells are less sensitive to stress hormones, and they can even experience abnormalities in the timing of hormones and disturbances in circadian rhythms.

Neuroinflammation is now understood to be at the root of many mental health conditions that have depressive and manic symptoms as part of their symptomatology. This is because neuroinflammation can lead to oxidation of the fats in the membranes of cells, resulting in "aberrant neurotransmitter signaling and information processing in synapses and circuits mediating affective, cognitive, motoric, and neurovegetative behaviors."

This is thought to be because these compounds (antioxidants, cholesterol, and cortisol) play a role in protecting cells from inflammation.

Stress and early childhood trauma are risk factors for developing bipolar disorder and experiencing acute episodes. Many psychosocial approaches to bipolar involve cognitive-behavioral techniques to manage stress and build both physiological and psychological resilience to stressors.

The members of your medical team are the most qualified to determine which medical and lifestyle factors could be playing a role in your or a loved one's bipolar symptoms. In pursuit of understanding your root cause(s) and developing a plan to help you optimize your health with bipolar disorder, they may order some of the following tests.

Thyroid abnormalities are common in people with bipolar and can make symptoms worse if they are not controlled. A Complete Thyroid Panel should include at least TSH, Free T4, Free T3, and Reverse T3 to get a comprehensive overview of how well the thyroid is functioning. Cortisol abnormalities are also common in people with bipolar. There are several ways to measure cortisol, including salivary and serum tests, one-time vs. multiple collection tests, etc. Specialty tests like the Dutch Plus Test allow a practitioner to measure various sex hormones in the urine and saliva, including progesterone, testosterone, DHEA, cortisol, and estrogen. Your primary care practitioner can also run these tests at your annual physical.

Total antioxidant capacity is determined by the number of nutrients like omega 3's, vitamin C, vitamin E, CoQ10, zinc, lycopene, selenium, polyphenols, glutathione, and more in the blood. A standard CBC and CMP that your doctor runs every year at your check-up can also detect nutrient deficiencies. A trained practitioner can also help you evaluate your diet to see if your typical eating pattern has nutrient gaps that may impact the progression rate of your or your loved one's bipolar disorder symptoms.

It should be noted here that functional medicine labs that assess total metabolic health are also important for people with bipolar to consider, as they tend to be more affected by disorders like cardiovascular disease, diabetes, etc. Additionally, lab testing is only one type of testing that is important in identifying all aspects of bipolar disorder. Thorough neuropsychiatric testing and psychological testing are a vital initial step in classifying bipolar and identifying other comorbid mental health or development disorders that may be present.

The proper treatment protocol for any individual's bipolar disorder will depend on their unique history, genetics, lifestyle, preferences, and symptoms. This is because functional medicine practitioners don't treat symptoms - they treat people! Standard functional medicine approaches to treating bipolar disorder usually contain a combination of the following approaches.

For acute symptom management, pharmaceuticals are the gold-standard treatment. They include options like lithium, quetiapine, lurasidone, olanzapine and fluoxetine, valproate, lamotrigine, carbamazepine, and cariprazine lorazepam, and more. When medications are not enough, electroconvulsive therapy (ECT) can help manage acute symptoms.

Exercise improves symptoms of depression and improves the quality of life in people with bipolar disorder. The reasons for this are too vast to enumerate here but include the increased production of feel-good neurochemicals, boost in the circulation of oxygen-rich blood to the brain and nervous system tissues, improvement of glycemic control, and insulin sensitivity, and more.

Psychological treatment (cognitive behavioral therapy, etc.) is effective for reducing symptoms and improving psychosocial functioning in people with bipolar disorder. The effect is most significant for therapy sessions that last 90 minutes or more. Mindfulness interventions are successful in helping people with bipolar to reduce symptoms of anxiety and depression when combined with cognitive-behavioral therapy.

The best approaches to bipolar disorder are multidisciplinary and involve a team. Usually, this team combines a primary care doctor, psychiatrist, therapist, functional medicine doctor, supportive friends and family, and more. Caregivers for people with chronic mental health disorders also need support. If you're a caregiver or close family member of someone with bipolar disorder, make sure you're caring for yourself!

You can thrive with bipolar as part of your health history. A skilled practitioner who knows your history can help you develop an evidence-based treatment plan that includes nutrition, mindfulness, therapy, medications, and more to help you feel stable, happy, healthy, and in love with your life. Consistency of medical care, routine appointments where interventions can be adjusted, and a holistic plan that addresses nutrition, stress management, and more are incredible components of a world-class plan that will keep you on course if bipolar is part of your picture.

Urine
Whole Blood
Serum
The NutrEval® FMV evaluates a variety of antioxidants, vitamins, minerals, fatty acids, and other biomarkers to determine nutritional deficiencies and imbalances. This test cannot be ordered for patients under 2 years of age.