Weakness, Pale Skin, And Headache Are Signs Of This Mineral Deficiency 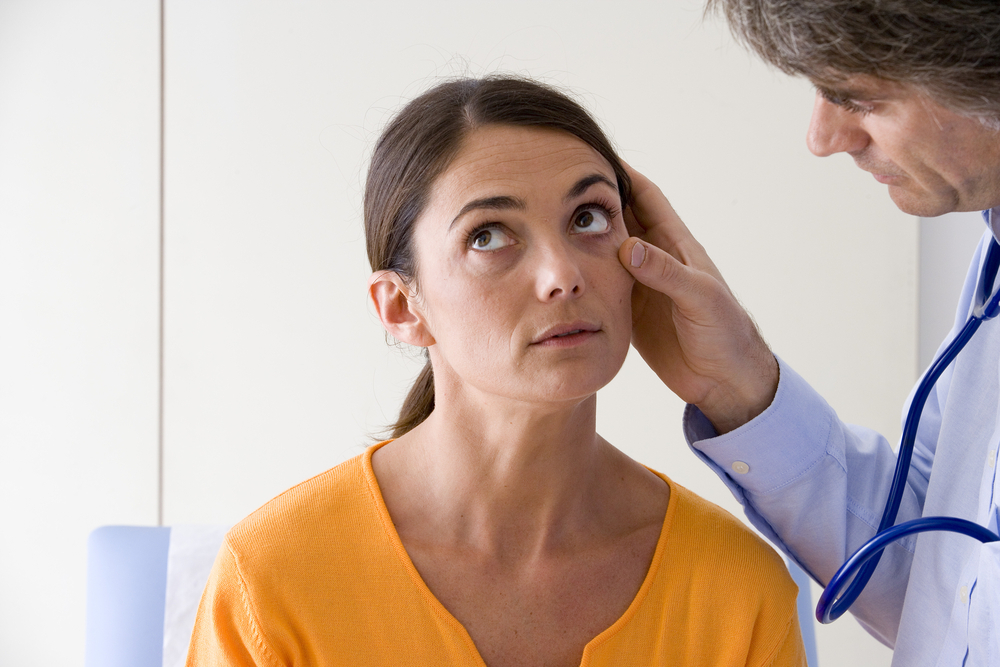 Iron Deficiency is a condition where a person is deficient in iron, a mineral that the body requires for development and growth. If not identified and treated, it can become. Iron Deficient Anemia (IDA), the most common type of anemia worldwide.

When a person is too deficient in iron, the body cannot produce enough hemoglobin, which is the part of the red blood cell that carries oxygen. Red blood cells are meant to carry oxygen to every tissue in the body. So when these unhealthy red blood cells lack iron and therefore hemoglobin, the whole body lacks oxygen and suffers the consequence.

IDA can affect anyone at any age. However, the majority of IDA sufferers are women of childbearing age. When a woman is pregnant, her iron requirements increase significantly to meet the needs of the growing fetus. Needless to say, this means that IDA during pregnancy is quite common as well (there is a global prevalence of approximately 41.8% of pregnant women worldwide).

Correcting an underlying iron deficiency with functional medicine is not only possible but also fairly easy to do. With proper diagnosis and dietary alterations, iron deficiency can be detected and treated well before IDA occurs.

Symptoms of iron deficiency can be easily missed. This is because these same symptoms are also present in many other health conditions and, on their own, are pretty vague. Some examples of common symptoms include:

There are four main causes for iron deficiency:

Because the body’s iron is mainly stored in the red blood cells, blood loss would consist of iron loss as well. Blood loss can happen during an injury. But, there are other causes of blood loss as well. The most common example is the blood loss that occurs in women with heavy menstrual periods. When a period is consistently heavy month after month, and the woman is unable to restore that iron once the period stops, she will be very prone to iron deficiency.

Another source of blood loss would be a condition leading to a slow and chronic bleed. Examples of this would be peptic ulcers or other gastrointestinal bleeding, and certain cancers.

Our body cannot make iron. Therefore, iron must come from the diet. If the diet is deficient in iron, the person will also be low in iron. Many foods naturally have higher iron, and it is important to eat these throughout the week to ensure iron stores are adequate. Since iron is essential for development and growth, babies and children must also eat iron-rich foods.

A properly functioning digestive system will break down the food we eat and absorb the nutrients into the bloodstream, where they can be distributed to the tissues throughout the body. But what if someone doesn’t have a properly functioning digestive system? Those with conditions such as celiac disease, which affects the small intestine, or those who have had some or all of their small intestine surgically removed due to disease, will not properly absorb nutrients such as iron from their food.

Pregnancy is a time for rapid growth as the fetus and mother’s belly grow. Specifically, the total blood volume of the mother increases to about 45% above her pre-pregnancy levels. Even if the mother knowingly eats an iron-rich diet, she will still likely be recommended some iron supplementation to prepare her body.

IDA is typically diagnosed via a Complete Blood Count (CBC), a routine blood test. This is a very cheap and essential test to order ASAP if any symptoms of iron deficiency are suspected.

However, the problem with only looking at the CBC is that ideally, we want to know about iron deficiency before it turns into anemia. So, testing some other markers is also important when using functional medicine for preventative care.

One of the best panels for assessing iron deficiency is a comprehensive Anemia Panel. It tests for the following biomarkers:

Iron (also written as serum iron) measures the amount of iron in the blood. It is a good measurement of where the body currently is in terms of iron sufficiency.

Ferritin is a major iron storage protein. It’s a marker of total iron stores in the body. Understanding how much iron is stored in the body is equally as important as understanding how much iron is being utilized by red blood cells because it can tell us how depleted our storage is. Measuring ferritin is also essential for someone who is or was iron deficient and has started to supplement with iron. We want to make sure that the body isn’t overloaded with iron by increasing too much.

Transferrin is a protein that transports iron throughout the body. We want to know if there is sufficient transferrin because if iron can’t get to where it needs to go, it is useless to us.

Total iron-binding capacity (TIBC) measures how well iron attaches to the transferrin protein in the blood. This is important because we may have enough iron and transferrin, but if the transferrin and iron are not binding, we can still become iron deficient.

Transferrin Saturation tells us how much of our iron is bound to the transferrin protein, and it is typically measured as a percentage.

Unsaturated iron-binding capacity (UIBC) measures the amount of transferrin that is not currently bound to iron. Optimal ranges can be calculated by looking at the TIBC.

Treating iron deficiency through functional medicine can be very manageable. There are many healthy dietary sources of iron, and getting any mineral through food is usually preferred over supplementation as a primary treatment.

Animal sources of iron are ideal because they are absorbed by the body 2-3x better than iron from a plant source. Examples of animal sources are beef, oysters, chicken, and turkey.

Plant-based sources are also important not only for vegetarians but for all. While these sources of iron may not absorb as easily, adding a source of vitamin C (such as citrus fruit) to the meal or snack can increase that absorption. Some great plant-based sources are beans, lentils, tofu, potatoes, nuts & seeds, and dark leafy vegetables.

Fortified cereals and bread technically have iron because iron is added. But, fortified iron sources are not as ideal as getting iron through whole foods because whole foods contain more absorbable forms.

Consuming these iron absorption disruptors will not likely lead to any iron deficiencies on its own. However, it is not recommended to eat or drink anything with these compounds alongside a meal or supplement with iron when someone has a goal of increasing iron in the body.

Supplementation as treatment is also necessary to discuss because some people might need more iron than what they can get through food alone. There are different forms of iron that can come in an iron supplement. The most readily available and affordable iron supplements come in the form of ferrous/ferric sulfate, ferrous/ferric gluconate, and ferrous/ferric fumarate. These are considered “salts.” However, many people report gastrointestinal discomfort (mainly constipation) while taking these supplements. Alternate options that are becoming more readily available include ferrous glycine sulfate (ferrous glycinate or ferrous bisglycinate), iron protein succinylate, and ferric citrate. These options typically yield fewer GI issues.

If supplementing with any form, make sure to also add in a vitamin C supplement and take it simultaneously for better absorption.

Iron deficiency is a common condition affecting many. While overt Iron Deficiency Anemia (IDA) is routinely screened for during annual physical exams by primary care physicians, iron deficiency may not be. Understanding that iron deficiency is going on well before it turns into anemia is essential for optimal health. Luckily screening for iron deficiency can be easy and affordable.

Functional medicine gives us the tools to look a little deeper into lab work. Functional medicine practitioners prefer not to wait until the disease presents itself. Instead, they aim to look at functional or optimal ranges in the blood chemistry to help identify patterns and concerns before illness occurs. With a holistic approach using nutrition and proper supplementation, iron deficiency can easily reverse.

Serum
This is a single-marker test measuring iron. It can be ordered as part of a custom panel. Please be advised that Boston Heart Diagnostics policy states that practitioners are unable to order labs on themselves or their immediate family members.
Iron + TIBC
by
BioReference Laboratories

Serum
This is a single-marker test measuring iron. It can be ordered as part of a custom panel.
Ferritin
by
BioReference Laboratories