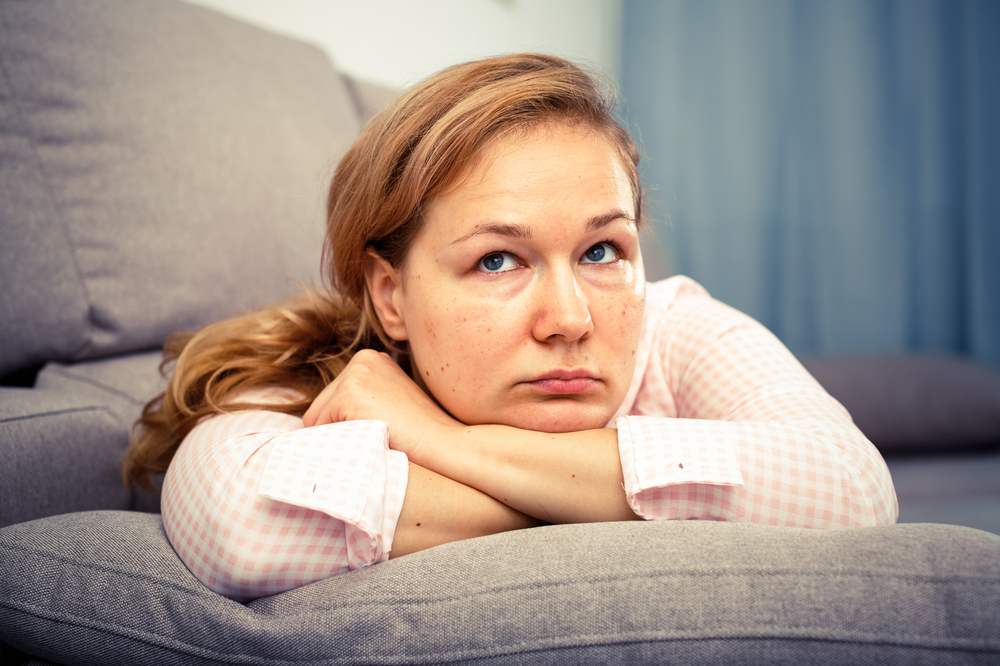 Approximately 2.4 million Americans - have a panic disorder in a given year. Women are twice as likely as men to develop a panic disorder. If you suffer from anxiety or panic attacks, a Functional Medicine practitioner can help you detect and treat the underlying cause. Below is an excellent example of a functional medicine approach to panic attacks.

Mary* was a 21-year-old cis female who presented to our clinic with anxiety symptoms that included panic attacks while driving.

She described having the most difficulty when traveling long distances in the car, which was a problem because she had to commute for work and frequently took long road trips with her family.

Mary was disturbed by these episodes, which made her feel like her body was out of her control. Panic attacks had also impeded Mary’s normal sense of independence, excitement to try new things, and active lifestyle; she felt that she was missing out on much of her life in an attempt to avoid them.

Our team and Mary’s shared goal was to find the root cause(s) of her panic and anxiety and give her the power and tools she needed to fix and control them. Here’s a bit more background about Mary and how we helped her heal and thrive!

Mary was a bright, friendly, hardworking college student who initially presented to our clinic with her biological mother. Mary told us that her earliest memories of panic began at eight years old.

“The panic attacks would usually show up when I was scared of something or if I was uncomfortable for some reason. Being that young, I didn’t really know what it was; I just knew I was very upset. My attacks would start with feeling really antsy and then eventually crying. All I could think of was that I desperately needed to stop feeling how I was feeling.”

She described her current-day panic attacks this way.

“Being in a car for long distances was extremely difficult for me and always had been. I would get very claustrophobic and feel like I was trapped. I always had to have the window down for fresh air (even when it was 20 degrees out). I always needed to be in the front seat or driving. The first thing that would happen when I would get nervous is that I would get really sweaty and nervous. Often my hands start to shake and feel “clammy .” Then, my heart would start racing and pounding. It felt like my entire body was beating because my heart was beating so hard. I would then start to shake. It usually started with my legs. The shaking always became uncontrollable no matter how many breathing techniques I did. The only thing I knew I needed at these times was to get out of the car (which you usually can’t do on a highway).”

Mary had pursued psychotherapy for her anxiety and found it enjoyable and helpful. However, the tools she had learned there had not allowed her to prevent or stop her panic attacks when she felt they might start. This is what made Mary suspect that her issues may have had physiological root causes - rather than purely psychological ones - which is why she made an appointment at our clinic. We’re glad she did!

Mary was also experiencing issues with her digestion. She had daily stomach pain and could not identify which foods were causing it. She also reported that she suffered from migraines multiple times per month.

Here’s how we created a food-as-medicine and lifestyle-focused plan that allowed Mary to control her anxiety symptoms, reduce her gut health issues, and eliminate her migraines.

Mary’s nutrient analysis revealed that she tended to consume a diet low in the vitamins B1, B3, B5, B6, B12, B9, C, D, E, and K. Additionally, Mary did not routinely consume enough zinc, calcium, copper, iron, magnesium, or iron

Many studies show that B vitamins nutrient status is an important modifiable factor in many neurological and psychiatric conditions.

Calcium abnormalities are currently being investigated as a precipitating factor in certain types of panic attacks. Zinc is a critical mineral for hundreds of reactions in the body, and serum levels of zinc are commonly low in people with anxiety disorders. Magnesium supplementation is also linked with improved outcomes in anxiety.

Mary’s diet was high in sodium, fat, carbohydrates, and total calories. There is evidence that excess sodium can impede mammals’ spatial memory and social behavior.
Finally, while Mary’s intake of omega 3’s met RDI, it is far below optimal levels of close to 3 grams per day, which has been shown to reduce anger and anxiety in some studies.

Mary’s lab work revealed that she had previously unidentified levels of antinuclear antibodies (a biomarker for autoimmunity) that were above normal limits.

She also had high levels of the thyroid hormone T4. She had a family history of grave’s disease, and I suspected that autoimmune thyroid activity may have been part of the root of her symptoms of tachycardia, panic, and sweating.

I referred Mary back to her primary care physician for an EKG, further workup, and referrals to rheumatology and endocrinology. EKG was normal, and she is still waiting for her follow-ups with these specialists, who were booked for several months at the time of this publication.

Mary’s total cholesterol was low. While much attention has been given over the years to high levels of cholesterol and their impact on health, there is compelling evidence that cholesterol levels under 160 increase the risk of many chronic and acute health conditions. In my clinical experience, low total cholesterol can reflect a degree of malabsorption, which is also supported by the evidence and by Mary’s symptoms of gastrointestinal distress.

Mary’s copper: zinc ratio was much higher than the ideal ratio of 1.0 because her serum zinc was low-normal while her copper was mid-range. Low serum zinc is a risk factor for anxiety, as mentioned above.

Additionally, the lithium in her hair analysis was below normal limits. Lithium has mood-stabilizing effects, and low levels are associated with mood instability in young adults.

Heart rate variability ranges from 20-200 and is considered by many athletic and psychology professionals to be a reflection of stress and parasympathetic vs. sympathetic control of heart rate. Experts assert that HRV numbers close to 200 indicate a high degree of physiological resiliency. In contrast, low numbers suggest that the body is under stress from which it has not adequately recovered.

To help Mary heal, we did the following:

My team and I worked with Mary to create a customized food-as-medicine meal plan that allowed her to swap out the foods she was reacting to (peanuts, dairy, beef, soy) for allergen-free, whole foods products that provided her vitamins, minerals, fiber, and omega 3’s, which are associated with improved outcomes in anxiety.

Mary’s individualized nutrition plan was designed to be healthy, easy to cook, and fun to eat. It was also intended to correct her inadequate intake of vitamins B1, B3, B5, B6, B12, B9, C, D, E, and K. The nutrient analysis below reveals that she has met >100% RDI for these nutrients each day on average for the past six months. Additionally, she now consumes enough zinc, iron, and omega 3’s. Our current work for Mary is now centered on optimizing fiber, selenium, iodine, and protein intake.

Mary’s average HRV more than doubled over the next five months of progressive biofeedback training from the low 20s to the 50’s and sometimes even the 60’s. She described feeling calmer overall and particularly after practicing RF breathing. She also reported that it helped in moments of pre-panic to de-escalate panic attacks so that they never ended up happening.

Mary’s panic attacks completely resolved within one month of this protocol, and she has stayed panic-attack-free over the past five months. She no longer gets panic attacks in the car and has gained a tremendous amount of freedom; as a result to explore, try new things, travel, work and socialize.

Additionally, her migraines and daily stomach pains have entirely resolved. Mary noticed that her stomach aches essentially disappeared after removing dairy, which she feels she has learned is her biggest food-related trigger of symptoms.

Mary now feels that she has control over her physiology and can now travel and eat freely without symptoms or fear. It’s a story of healing and freedom that we love to see!

You can heal and prevent panic attacks by treating the whole person. In this case, Mary used a combination of a food-as-medicine plan, good nutrition, and supplementation protocol that helped improve her symptoms and give her much more control over her life, travel, mood, physiology, and schedule. She’s now panic-attack-free, and we hope her story inspires you and your loved ones that you can be, too!

*Note: The clients’ name has been changed to protect her privacy. All other details are the same.