Constant Burping Is A Sign Of This Harmful Bacterial Overgrowth 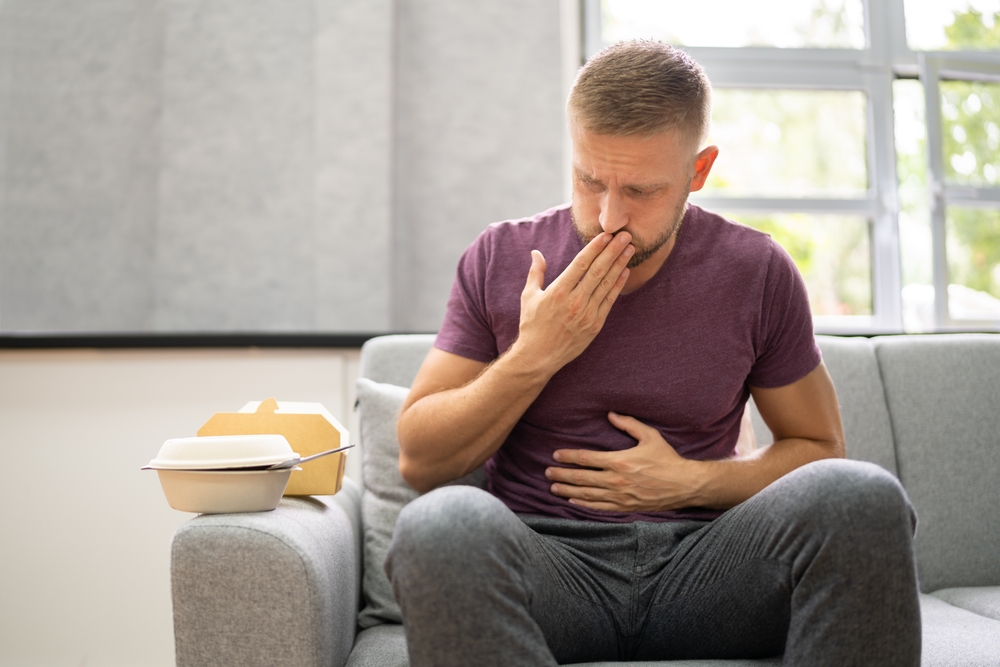 SIBO is commonly overlooked in the allopathic medical world but can affect up to 80% of patients with IBS.

Over time SIBO can lead to chronic inflammation & immune conditions and could be putting you at risk for other ailments, including poor absorption of food and nutrients.

A functional medicine approach to SIBO focusing on addressing the root cause of the issue, rather than treating the symptons.

In order to maintain healthy gut bacteria, you must have proper stomach acid and normal bowel motility. Anything that affects these two components of digestion can allow harmful bacteria to overgrow.

Most gut bacteria live in the large intestine, the end of your digestive tract. But, in the case of SIBO, there is an overgrowth of bacteria in the small intestine

Gut bacteria are vital to our health, but they cause problems if they aren’t where they are supposed to be. Unlike your large intestine, your small intestine normally has relatively few bacteria due to the rapid flow of contents and the presence of bile. But if the small intestine’s function has slowed, it causes an ideal breeding ground for the overgrowth of bacteria.

The two most common symptoms I see overlooked for SIBO are constant burping and bloating, which can worsen after meals and at the end of the day. Many people think these are common indigestion symptoms, but to an integrative gut health practitioner, this usually suggests issues with stomach acid production and possible overgrowth of bacteria in the small intestine.

When stomach acid is low and motility in the small intestine is slow, it provides the perfect breeding ground for bacteria to thrive. Gas is produced as a by-product of fermentation, which leads to chronic burping and bloating.

Small intestinal bacterial overgrowth (SIBO) can cause systemic problems, including:

A SIBO breath test is the most common test for diagnosing SIBO. This is a non-invasive at-home test that evaluates bacterial overgrowth of the small intestine.

Patients begin by breathing into a tube after fasting overnight to get a base read. They then drink a specialized mixture to see if the bacteria in the small intestine releases hydrogen, methane, or a combo of both. After drinking, patients are asked to do a breath sample over a 3-hour time frame at 20 minutes, 40 minutes, 60 minutes, 90 minutes, 120 minutes, 150 minutes, and 180 minutes.

Your patient will be positive for SIBO if the breath test shows one of the following:

As you can see patient went from baseline of approximately 10 ppm to 60 ppm at the 90 min sample and continued to increase. This is over the increase of 20 ppm during the 3 hour test. Patient is therefore hydrogen dominant SIBO.

For nutritional therapy, most practitioners will recommend a Low FODMAP or Elemental Diet to decrease the overgrowth of bacteria.

The low FODMAP diet is a very restrictive temporary eating plan. FODMAP stands for Fermentable Oligosaccharides, Disaccharides, Monosaccharides, and Polyols, which are short-chain carbohydrates that ferment in the small intestine and can feed the overgrown bacteria. Following a low FODMAP diet has been shown to decrease abnormally high levels of intestinal bacteria.

Another option functional medicine practitioners like to use to kill off overgrown bacteria quickly is the elemental diet. The elemental diet has a very high success rate and only takes two weeks.

The elemental diet is much stricter than low fodmap and requires patients to drink the elemental nutrient drink in place of all meals for 2-3 weeks. This diet works by starving bacteria. Herbal antimicrobial treatment is not needed if patients are prescribed the elemental diet.

Functional Medicine Practitioners will commonly use herbal antimicrobials (antibiotics) alongside a low FODMAP diet for 4-6 weeks. Patients should be warned that they will have bacteria and possible candida die off (if present) and may feel worse before feeling better up to 3-4 weeks during treatment.

Treating SIBO with herbal antimicrobials depends on if the patient is Methane or Hydrogen dominant. The most common herbs used are allicin and berberine.

It’s vital to assess what caused the SIBO in the first place to prevent future relapse.

Patients will need to be on a prokinetic (supplement to help motility) for at least 90 days after treatment. Remember, slow motility allows bacteria to stay in the small intestine for too long.

SIBO is commonly overlooked in the medical world but can affect up to 80% of patients with IBS. An easy at-home test can give your patients a definitive diagnosis, and the proper treatment protocols can provide your patients better overall health and outlook on life.

Breath
The 2-hour SIBO assessment is a non-invasive test that evaluates bacterial overgrowth of the small intestine. This test is also available as a 3-hour assessment.
SIBO - 3 Hour
by
Genova Diagnostics