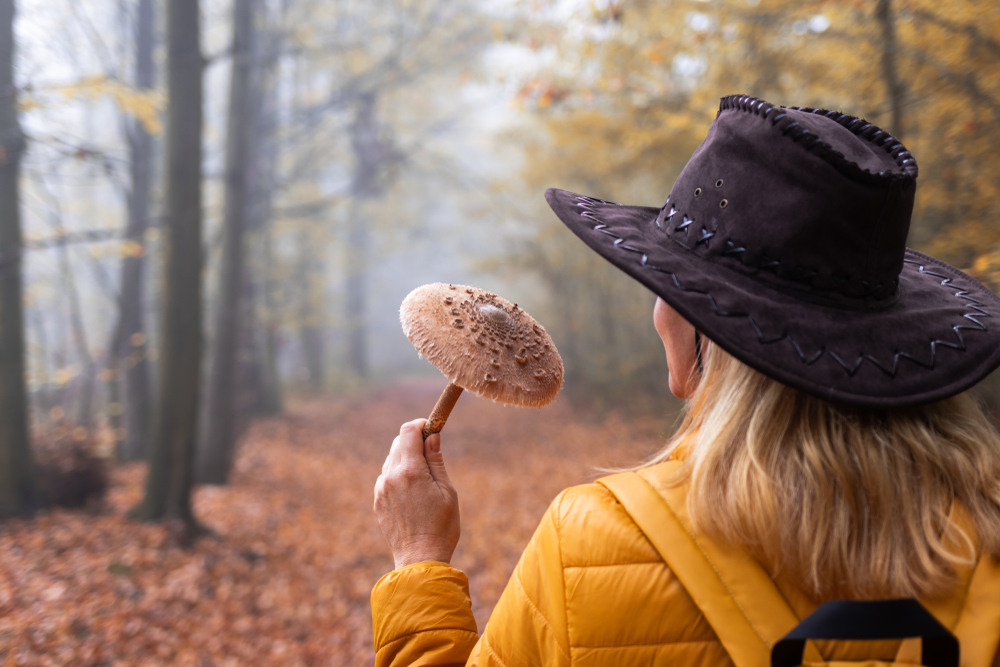 Stress is unavoidable, as we all experience it regularly. When we don't manage stress, our ability to adapt diminishes, jeopardizing our health. Stress and inflammation are common factors behind 75-90% of all diseases. This includes cardiovascular disease, diabetes, depression, Alzheimer's, atherosclerosis, and hypertension.

While lifestyle changes and stress management techniques are recommended to work on the root cause of stress, adaptogens may help give traction to the cause. Natural health traditions have long incorporated the benefits of adaptogenic herbs to promote vitality and an improved sense of well-being.

These compounds can be found in tinctures, capsules, powders, or whole form and can be added to recipes and teas as a food-as-medicine approach.

Current evidence shows adaptogens support the stress response through their influence on the hypothalamic-pituitary-adrenal (HPA) axis and antioxidant protection of the mitochondria.

What Qualifies an Herb as An Adaptogen?

1. It must be non-toxic when taken at normal doses.

2. It should support the entire body's ability to cope with stress.

3. It should help the body return to a state of homeostasis regardless of how the body has changed in response to stress (i.e., it should temper that).

10 Most Common Adaptogens & Their Medicinal Benefits

Ashwagandha is a small shrub that has been in Ayurvedic medicine for centuries. Traditionally it has been to reduce stress and support overall health. It is a powerful adaptogen that helps the body to cope with stress by lowering cortisol levels, reducing anxiety, supporting sleep, and reducing inflammation.

A 2008 double-blind, randomized, placebo-controlled study showed ashwagandha reduced cortisol serum levels in chronically stressed adults. This same study also showed improvement in cardiac risk ratios and decreases in levels of CRP, a blood marker for inflammation. Preclinical studies have also shown it to have an anxiolytic effect (anxiety-relieving) through its ability to influence GABA receptors.

Ashwagandha's species name is derived from the Latin term "somnifera" (sleep-inducer) because it is traditionally known to promote sleep. In this 2020 study, subjects took 120mg of ashwagandha once a day for six weeks and reported over 70% improvement in sleep quality.

Asian ginseng is also known as Korean ginseng, Panax ginseng, Red ginseng or Chinese ginseng. This herb has been used for thousands of years in Asian countries as a nourishing and medicinal agent. Empirical evidence points to its therapeutic benefits coming from saponins called ginsenosides and its polysaccharide content.

Research on Asian ginseng indicates it has significant anti-stress effects and can improve chronic fatigue and reduce the response to stress by the HPA axis. In Traditional Chinese Medicine, ginseng also is used to support physical stamina, focus and memory, immune support, and anti-aging.

One explanation for its ability to fight fatigue is believed to be its strong antioxidant capabilities. A study of 71 postmenopausal females taking 3 grams of red ginseng for 12 weeks showed the ability to decrease oxidative stress through increasing antioxidant enzyme activity.

Ginseng has been found to support both cellular and humoral immune responses. It has been concluded that Asian ginseng has "natural potential" to support the immune system against various diseases. A 2014 study showed a ginseng extract to improve the survival of lung cells against viral infection while inhibiting viral replication.

In a 14-day study, ginsenoside-Rd was found to have beneficial effects on acute ischemic stroke. A 2018 study of 6,422 showed that regular consumption of ginseng by older adults for at least five years might lead to improved cognition later in life. Asian ginseng has also shown positive effects in Alzheimer's patients when used alongside medication to ameliorate deficits in cognition.

Astragalus, also called Huang qi or milk vetch comes from a bean or legume. This herb has been used as an adaptogen in Chinese medicine for mental and physical stresses for thousands of years. Traditional Chinese medicine also uses astragalus to treat acute respiratory infections, the common cold, diarrhea, and fatigue. Astragalus is also promoted to benefit from chronic fatigue, chronic kidney disease, asthma, and allergic rhinitis (hay fever).

The research on astragalus's immunostimulant properties provides evidence of significant benefit. In particular, the polysaccharides found in astragalus are known to influence immune cell proliferation, cytokine release, and secretion of immunoglobulin. A 2009 clinical trial resulted in 65.5% of patients with chronic viral hepatitis experiencing complete resolution of their fatigue, anorexia, abdominal distention, and jaundice.

A 2020 meta-analysis of the effect of astragalus on myocarditis concluded astragalus is a candidate for a cardioprotection drug. This systematic review of 28 clinical trials involving 2,522 participants showed a significant reduction in serum myocardial enzymes and cardiac troponin I levels compared to controls.

Different than Panax ginseng, Siberian ginseng's active components are called eleutherosides. It also contains complex polysaccharides. Both components play a role in supporting immune function. When combined with another herb, Andrographis paniculata, eleuthero has been shown to be an effective treatment for the common cold.

As an adaptogen, it may serve to combat fatigue. A randomized controlled trial of 96 participants with chronic fatigue showed a significant reduction in fatigue severity and duration after two months of treatment.

A 2002 trial determined eleuthero was able to reduce cardiovascular responses to a stressful cognitive task due to a reduction in participant's heart rate and systolic blood pressure.

Eleuthero may be able to maintain aerobic exercise longer and recover quicker due to its ability to improve the use of oxygen by muscles.

Research has also shown eleuthero's ability to increase mental acuity and physical endurance without the crash associated with caffeine.

Rhodiola has a long history of traditional use by the Vikings, Northern peoples, and in middle Asia for physical strength, endurance, fatigue, and immune support.

Over 140 compounds have been isolated from its roots and rhizomes. Rhodiola claims properties that improve memory and act as an antioxidant and an adaptogen. As an adaptogen, Rhodiola has been shown to reduce stress-related fatigue. A clinical trial showed significant effects of Rhodiola on Pines' burnout scale and decreased cortisol response to awakening in burnout patients with fatigue syndrome.

Studies show that Rhodiola can improve symptoms of depression, mood instability, and sleep disturbances. There is also evidence that Rhodiola benefits mental function and those with attention deficit hyperactivity disorder (ADHD).

The human studies on Rhodiola are preliminary. However, there is promising research on its ability to act as an antidepressant and its effect on neurodegenerative disease, diabetes type II, and cardiovascular disease.

Reishi is also called the "king of mushrooms" and the "mushroom of immortality." Reishi is an edible mushroom found mostly in Asian countries. For thousands of years, reishi has been used traditionally for promoting longevity, reducing stress, liver protection, blood sugar regulation, and immune support.

There are over 400 nutrients found in reishi mushrooms, including beta-glucans and triterpenoids. These compounds have been associated with lowering blood pressure, lowering blood sugar, and reducing the risk of diabetes and heart disease.

Currently, the most significant claim of reishi's benefit is how it boosts the immune system. Further investigation is needed, but the available data suggests reishi to be an acceptable health food supplement for patients undergoing cancer therapy. A 12-week study of 34 patients with advanced-stage cancer showed a significant increase in immune activity and improved inflammatory markers after taking the polysaccharide extracts of reishi mushrooms.

Though now primarily produced in laboratories, cordyceps is a delightfully odd adaptogen that comes from a fungal parasite that lives on caterpillars in the high-altitude mountains of China. Through centuries of Chinese medicine, it has been used to boost energy and improve well-being. As an edible fungus, cordyceps contains a high nutrient profile that includes proteins, fats, essential amino acids, minerals, and flavonoids.

Since antiquity, it has been known for its ability to revitalize organ systems. Clinical research indicated that cordyceps benefit the immune system, detoxify, and increase energy levels.

A 2015 clinical trial showed cordyceps to be safe and effective for enhancing cell-mediated immunity in healthy adults. By taking 1.5 grams daily, an improvement was observed in the immune system markers NK cell activity and lymphocyte proliferation.

In a 1995 study, 64 patients with chronic heart failure were treated with Cs-4 (a cordyceps extract) in addition to the basic therapy for heart failure. There was a significant reduction in heart rate, cardiac stroke volume, and cardiac index. The shortness of breath-fatigue index also significantly improved.

A smaller study on patients with ischemic heart disease showed taking Cs-4 for eight weeks caused a significant reduction in total cholesterol and triglycerides. Patients also experienced a clinical improvement in their chest distress and palpitations.

Cordyceps has well be known to be used to "open the lungs" in Traditional Chinese medicine. Due to its medicinal benefits, many studies have been done.

One randomized controlled trial was conducted at Xuanwu Hospital from January 2014 to December 2015. The results showed that Cordyceps improved the patient's quality of life by reducing asthma-related symptoms and onset frequency and severity. At the same time, it significantly attenuated asthma-induced inflammation during the 3-month intervention period, as demonstrated by decreased expression of inflammatory biomarkers.

Schisandra is a beautifully bright red berry that comes from the Chinese magnolia vine. This adaptogen was initially used in traditional Russian and Chinese medicines for weakness, insomnia, and mental health. Its traditional uses also supported the digestive, respiratory, and cardiovascular systems. Research by Russian scientists in the 1960s found Schisandra to improve physical stamina in athletes and labor workers. In addition to its adaptogenic activity, Schisandra has antioxidant, anti-inflammatory, and immune-supporting properties.

A study of 200 patients with nervous disorders showed an increase in well-being and a decrease in sleepiness and exhaustion. A Russian study of 95 patients with neurasthenia showed that 15 drops of a Schisandra tincture over 25-28 days almost completely removed their symptoms of weakness, poor sleep and appetite, irritability, and headaches.

A 2010 review of the research on Schisandra concluded that Schisandra is beneficial for mood, fatigue, and appetite, as well as a tonic for healthy people experiencing fatigue.

Schisandra has been used to protect the liver from toxins. It can also be used as a treatment for hepatitis through its ability to reduce serum glutamic-pyruvic transaminase levels. A 2012 study showed a combination of Schisandra with sesame proved to have antioxidant effects on the liver and improved liver function.

Holy basil is native to Southeast Asia and is a member of the mint family. Sometimes referred to as tulsi, holy basil gets its hallowed name from being considered sacred Ayurvedic medicine. Traditional uses include as an antioxidant as well as a way to lift brain fog.

Holy basil has been associated with improved brain function and reduced anxiety. Studies show that taking a holy basil extract of 500 mg twice daily for 60 days decreased depression, anxiety, and stress in participants with a generalized anxiety disorder (GAD).

Holy basil has long been used to support the immune system. It has antimicrobial properties to kill bacteria such as MRSA and E. Coli. It also can increase T cell activity, an important marker for immune function.

This adaptogenic root comes from the Andes mountains in Peru, where it has been cultivated for over 2,000 years for both culinary and medicinal purposes. Maca is a rich source of 19 amino acids, phytonutrients, vitamin C, and minerals (i.e., zinc, copper, calcium). Traditionally, maca boasts benefits for sexual health and improved energy.

Maca may have fertility-enhancing benefits in men. After a 12-week trial, sperm motility and concentration increased despite any increase in hormone levels. Another 12-week study showed 2g of maca per day significantly improved sperm concentration.

During menopause, there is a natural decline in estrogen, which may initiate symptoms such as hot flashes, mood swings, vaginal dryness, decreased libido, and sleep disturbances. Maca may help reduce the discomfort related to changes in female hormones.

When stress and unexpected challenges are a fact of life, adaptogens offer a way to maintain balance and minimize the harmful effects of stress. Though adaptogens are generally safe to improve your response and recovery from stress, check with your healthcare provider for possible interactions with your condition or medications.