At 24 Sara Had Extreme Fatigue and Overall Low Quality of Life. How One Functional Medicine Doctor Helped Her Get Her Life Back 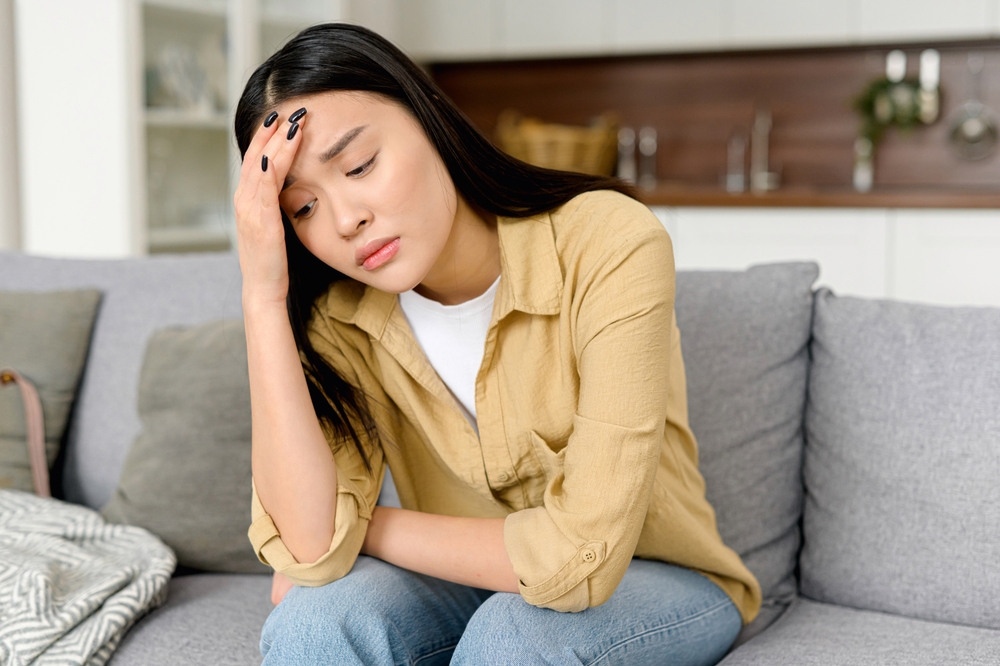 Epstein Barr Virus (EBV) is a prevalent viral infection, with an estimated 90% of adults having EBV exposure in their lifetime. EBV has been shown to be lifelong, staying dormant in affected individuals' B lymphocyte cells, salivary gland epithelial tissue, and oropharyngeal epithelial tissue. This dormant virus can be reactivated, leading to chronic acute Epstein Barr Virus, regardless of when the virus was first contracted, which can lead to more similar symptoms and links to more insidious conditions like autoimmune diseases and hematological malignancies.

Sara was a 24 yo female who presented with extreme fatigue, chronic digestive issues, brain fog, poor memory, and overall low quality of life. Sara rated her energy as a 2/10 on average. She could not make it through the day without 1-2 naps daily and was not driving herself as she was concerned she would fall asleep at the wheel. She had seen a local doctor one year prior to our first visit for the same symptoms and was diagnosed with Hashimoto's thyroiditis and associated hypothyroidism. Treatment to reduce her elevated thyroid antibodies had not provided improvement for her energy or other symptoms.

She has had digestive issues since childhood and frequently suffers from abdominal pain due to passing a bowel movement every 3-5 days.

Three years ago, the patient moved to Los Angeles, California, to begin working a high-stress job with long hours. A few months into her new job, she started noticing overwhelming fatigue and increased digestive symptoms, and she began having sleeping issues of frequent and recurrent night waking.

One year prior, she was diagnosed with Hashimoto's and began a gluten-free diet, bringing her TPO antibodies down from 250 to 30 IU/mL.

Her diet was very clean, with a high intake of whole foods and limited dairy, processed foods, and refined sugar. She had been on oral birth control since she was 15 and has not had a period in over five years.

The link between heavy metal toxicity and chronic EBV was confirmed with an elevated mercury level noted along with low levels of all her antioxidants, B vitamin, minerals, and glutathione, indicating a taxed system with oxidative damage.

Other sources contributing to her fatigue are her low TSH- a full thyroid panel was not performed as one was run one month before our visit, and free T3/freeT4 were within normal range.

The comprehensive stool analysis indicates a low level of inflammation but a high toxic load with a heavily increased beta-glucuronidase. Again with the patient on birth control, her estrogen output is well controlled through synthetic hormone contraceptive, so another toxin exposure is likely. A comprehensive detox approach is warranted to limit ongoing exposure and support her body's detoxification ability. This is especially important when taking her high mercury level into account. Mercury is a known neurotoxin linked to Hashimoto's thyroiditis and other autoimmune and neurodegenerative diseases.

A slow detox protocol is warranted so as not to stress out the patients already taxed system, and establishing healthy bowel movements is vital to properly eliminating the mercury once it is mobilized out of her system.

Sara's labs also indicate a borderline low iron and ferritin level. She has been on birth control and has had no menstrual cycle in many years, so directly focusing on gut health, subsequent iron absorption, and iron conversion cofactors should support an increase in this level.

Sara's DHEA-s were low, indicating her adrenals are likely being taxed. Yet, her cortisol output is mostly within normal limits minus a low morning output, indicating a delayed cortisol awakening response but not quite an adrenal fatigue diagnosis. Lifestyle interventions and nutrient support should be able to support this as her level was just outside of the reference range.

At the follow-up visit, Sara was doing significantly better. Her energy had improved to a 5-8/10, and she was feeling more energy in the morning and about to begin working a new, less stressful job three days a week.

She was taking 1-2 naps a week but didn't feel the overwhelming need to nap as long as she stuck to a regular sleep schedule providing 9 hours nightly.

1.5 months into the protocol, she was able to begin exercising again without the side effects of fatigue.

Initially, she responded poorly to the gastrointestinal support and began experiencing diarrhea 3-4 times a day for the first week, we reduced the dosage of the butyrate complex and took it with meals, which resulted in her having 1-2 daily bowel movements that were well formed and easy to pass, and her bloating had resolved one month into the digestive support.

She also noticed her skin health and hair had improved, her symptoms of brain fog and memory issues had almost entirely diminished, and she had lost 6 pounds of the excess weight she had gained due to lack of activity.

This case is an excellent example of the complexity of chronic infections and their systemic effects on even a young, healthy person.

The contributing factors, such as heavy metal toxicity and nutrient deficiencies, can contribute to a weakened immune system, allowing an underlying, latent infection like Epstein Barr to reactivate.

Checking for a reactivated viral infection in adults with fatigue is essential for their long-term health. As Sara continues to follow the protocol and allows her body more time to heal, my professional opinion is that she will be able to regain her energy levels without the need for weekly naps. However, the long-term effects of chronic viral infections are a genuine concern, and reactivation is possible due to stress, lifestyle factors, etc.

Patients who suffer from chronic fatigue and or are known to have past viral infections such as EBV should work with a functional medicine provider who can check for these levels annually and help make an individualized healthcare plan tailored to that patient's needs.

Serum
This is a single-marker test measuring EBV nuclear antigen IgG antibodies. It can be ordered as part of a custom panel.

Thanks for subscribing!
Oops! Something went wrong while submitting the form.
Dr. Kelsie Lazzell
,
ND, DC
Order from 25+ labs in 20 seconds (DUTCH, GPL, Genova & More!)
We make ordering quick and painless — and best of all, it's free for practitioners.
Sign up free
Browse the lab catalog

How Amy Beat Chronic IBS After Suffering For 15 Years
How Ashley Became Migraine Free in Six Weeks With A Root Cause Approach
How Aileen Beat Her Seasonal Allergies By Fixing Her Gut
Diane Had Mysterious Gut Problems That Wouldn't Get Better. Here's How She Found Relief
See All Magazine Articles