How to Regulate Your Dopamine Levels Naturally 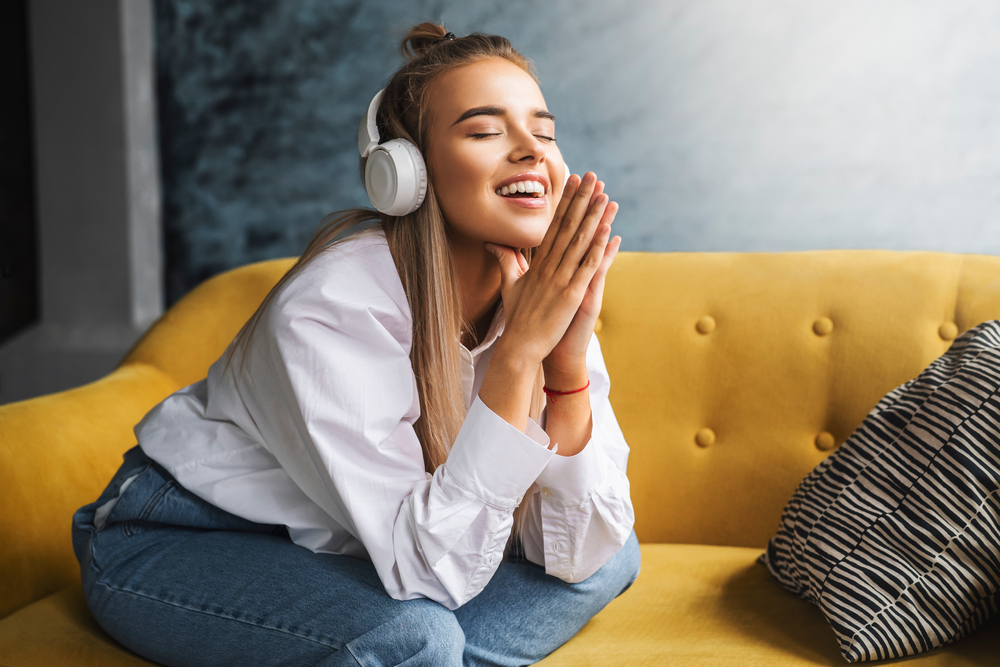 Often referred to as the "feel good" hormone, dopamine is a neurotransmitter that interacts with our brain's pleasure and reward centers. The dopamine system plays an essential role in neuromodulation, including motor control, reward, pleasure, motivation, cognitive function, and reproductive behaviors (1).

Dopamine is made in both the central nervous and peripheral nervous systems, and dopamine receptors are widely expressed in the body. They are involved in numerous neurological and physiological functions.

As with anything in life, balance is key when talking about dopamine levels. Both high and low levels have been associated with diseases such as ADHD, restless leg syndrome, anxiety, depression, and Parkinson's disease, as well as feelings of focus, motivation, and alertness (2, 3).

What Is Dopamine's Role in the Body?

Dopamine can have excitatory and inhibitory effects and is involved in reward, anticipation, motivation, alertness, focus, mood, memory, addiction, and lactation. Since it is involved in the reward circuitry system of the brain, this means dopamine is released when you are doing things that bring you pleasure (as a reward and to drive motivation further), but also in anticipation of doing something that brings you pleasure, which can subsequently cause you to seek out more of that feeling, leading to the addiction cycle (4).

Dopamine also acts as a hormone and is one of our main catecholamines (made by the adrenal glands), which are released into the body in response to stress. As a hormone, dopamine is released by the hypothalamus and can play a role in the fight-or-flight response. This can cause blood vessels to vasoconstrict or vasodilate as well as influence digestion, sleep, and the stress response.

Signs of low dopamine levels could include (8).

Functional Medicine Labs to Treat Root Cause of Low Dopamine

Dopamine is not something you can buy as a supplement. Therefore, increasing dopamine levels need to be done through lifestyle interventions and utilizing dopamine precursors such as amino acids and herbs. Some of these options can either increase dopamine availability, help dopamine receptors work better, or prevent dopamine from being broken down too quickly.

Tyrosine can be made from phenylalanine. Both of these amino acids are found in protein-rich foods such as beef, eggs, turkey, soy, and legumes. Therefore getting adequate protein in the diet is important for dopamine levels (9).

Proper Vitamin D, Magnesium, and Omega-3 essential fatty acids can also regulate dopamine levels, so keeping an eye on them and ensuring they are at appropriate levels is essential.

Other brain-supporting nutrients and antioxidants such as Phosphatidylserine (PS), Choline, Berberine, and Resveratrol can support dopamine levels.

Exercise can also be a wonderful way to support dopamine levels naturally. (15, 16, 17).

Getting adequate sleep is essential for dopamine levels. If the brain is not releasing enough dopamine, one might feel less alert. In fact, research has found that when individuals are forced to stay awake throughout the night, the amount of dopamine receptors in their brains the following morning is reduced. Ideally, dopamine should be released in large amounts in the morning when waking up, and levels should fall in the evening. Not getting enough sleep can cause dopamine levels to become unbalanced, leading to reduced concentration (18, 19).

Listening to music can stimulate the release of dopamine in the brain. One study found dopamine levels to be 9% higher when volunteers listened to music they enjoyed, so put something on that makes you feel good! (20, 21). Beats per minute can be important when choosing music to support dopamine levels, ideally around 140 to 150 beats per minute.

Seeking new experiences and having a sense of accomplishment and reward (like crossing things off your to-do list) can also increase dopamine levels (32).

Alcohol, drug use, gambling, binge eating, and anything that can lead to excessive amounts of reward/pleasure-seeking behavior (which can lead to dopamine surges) may lead to elevated dopamine levels. Having high levels of dopamine can lead to addictive behaviors, as well as having an inclination to take more risks (an "adrenaline junkie"). (22).

Signs of high dopamine levels could include (23)

Functional Medicine Labs to Treat Root Cause of High Dopamine

The Neurotransmitters + Micronutrients test can assess higher dopamine levels, which is one of the most comprehensive tests to evaluate neurotransmitter function and levels. This test analyzes the status of neurotransmitters, their precursors, and their derivatives, which allows the patient and the practitioner to take a more holistic approach to treating imbalances.

Using the Neurotransmitter + Salivary Hormones Test could also be helpful to look at cortisol levels and other hormones and neurotransmitters associated with the stress pathway, which can play a role in dopamine levels.

Conventional treatment for elevated dopamine levels includes using dopamine antagonists or prescription drugs that work by blocking dopamine receptors. Several drugs include Abilify, Olanzapine, and Zyprexa (24). They can stop or block dopamine from being received by nerve cells.

Balancing dopamine levels is important. Reducing anything that can potentially be addictive, such as alcohol, caffeine, stimulant drugs, nicotine, sugar, shopping, eating, social media, or thrill-seeking behavior, can be a significant first step in managing elevated dopamine levels.

Avoiding excessive amounts of stimulation, particularly first thing in the morning, can be used to balance dopamine production.

Managing stress can be a tool for dealing with elevated dopamine levels, as you can become "addicted" to stress.

A "dopamine fast" can negate some of the effects of excess dopamine, which can be caused by overstimulation. This means taking a break from your cell phone, social media and technology, sex, gambling, and whatever else is excessively stimulating to the brain. It is important to note that dopamine fasting is not a scientific term but a newer philosophy with some roots in addiction therapy. The goal is not to cut out all pleasurable experiences but to practice moderation and give the brain and body a break from time to time. (26).

Dopamine is a key neuromodulator involved in reward, pleasure, anticipation, motivation, alertness, focus, mood, coordination, memory, and addiction. It acts as both a neurotransmitter and hormone in the body and is often referred to as the "pleasure" hormone and is part of the reward-motivation system. Too much or too little dopamine in the brain can be linked to ADHD, addiction, poor mood, lack of concentration, low motivation, and feelings of focus, motivation, and alertness. Balancing dopamine levels is essential for your overall mood and mental health.

Serum
The Neural Zoomer assesses an individual’s reactivity to neurological antigens, which may have connections to a variety of neurologically related diseases. This is the serum version of the test. It is also available as a blood spot test. This test cannot be ordered for patients under 2 years of age.
Neurotransmitters
by
Vibrant Wellness

Urine
The Neurotransmitters test analyzes the status of neurotransmitters, their precursors, and their derivatives to determine imbalances.
Micronutrient Test
by
SpectraCell Laboratories

Whole Blood
The SpectraCell Micronutrient Test analyzes over 30 vitamins, minerals, and other nutrients to determine nutritional deficiencies. It also analyzes the performance and functional deficiencies of these micronutrients. This test is not recommended for patients under 18 years of age.
Neural Zoomer Plus
by
Vibrant Wellness

Serum
The Neural Zoomer Plus expands upon the Neural Zoomer to assess an individual’s reactivity to 48 neurological antigens, which may have connections to a variety of neurologically related diseases. This is the serum version of the test. It is also available as a blood spot test. This test cannot be ordered for patients under 2 years of age.

Thanks for subscribing!
Oops! Something went wrong while submitting the form.
Dr. Brianna Diorio
,
PhD, FDN
Order from 25+ labs in 20 seconds (DUTCH, GPL, Genova & More!)
We make ordering quick and painless — and best of all, it's free for practitioners.
Sign up free
Browse the lab catalog