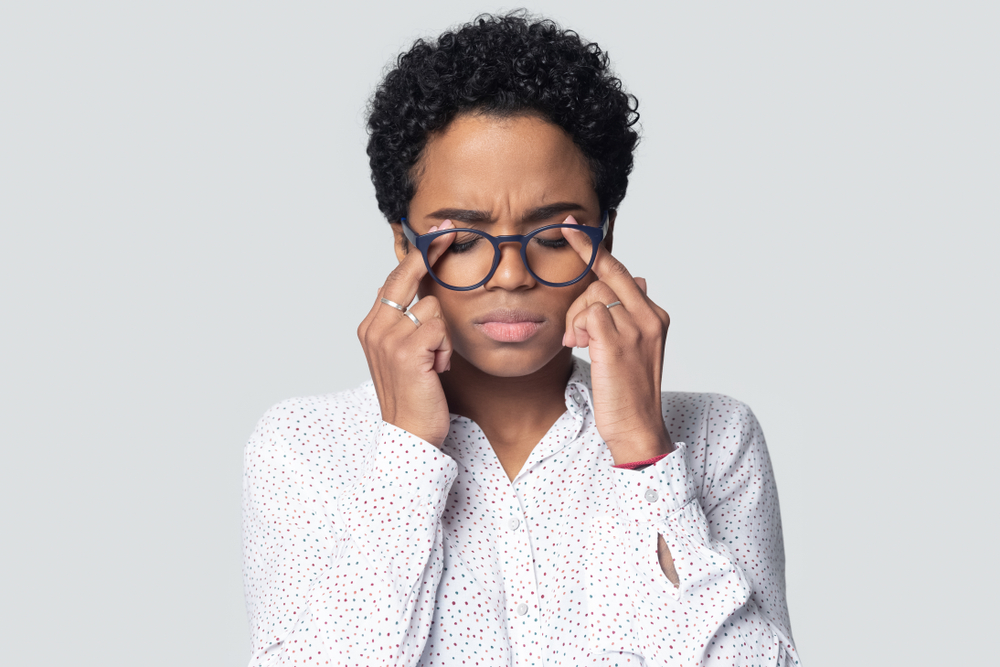 Myasthenia gravis impacts around 20 in every 100,000 people worldwide. It most commonly affects women under 40 and men over 60 but can occur at any age.

Myasthenia gravis occurs when the body's immune cells produce antibodies that cause issues sending nerve signals to muscles. This makes the muscles unable to contract normally, leading to muscle weakness and fatigue. Usually, these symptoms get worse the more the muscles are used and improve with rest. A functional medicine approach to Myasthenia gravis uncovers and addresses the underlying causes of the autoimmunity, which leads to this breakdown in the normal communication between nerves and muscles.

What is Myasthenia Gravis?

Myasthenia gravis is a chronic autoimmune disease where nerves and muscles cannot communicate normally. This neuromuscular condition occurs when the immune system produces antibodies that interfere with the transmission of nerve signals to the muscles that help you breathe and move parts of your body, like the arms and the legs (known as skeletal or voluntary muscles). These antibodies destroy the connections and communication between the nerves and the muscles. As a result, the affected muscles cannot contract normally, which causes muscle weakness and rapid fatigue that worsens during activity and improves with rest.

The most common symptoms of Myasthenia gravis are muscle weakness and fatigue caused by autoimmune-mediated interference with the communication between nerves and muscles. These symptoms may come and go, usually improving with rest. In many people, the symptoms tend to progress over time, peaking within a few years after the onset of the disease. The specific symptoms of myasthenia depend on which muscles are most impacted. The condition can affect any of the muscles you control voluntarily, but certain muscle groups are more commonly affected than others.

The muscles of the eyes are commonly affected, leading to the following:

The muscles of the face and throat are also commonly affected, causing:

A potential complication known as a myasthenic crisis can occur when the muscles that control breathing become too weak to work. This necessitates emergency treatment and mechanical assistance with breathing while addressing the antibodies that cause muscle dysfunction.

During normal voluntary movement, a signal travels from the brain down a peripheral motor nerve and triggers nerve endings to release a chemical or neurotransmitter called acetylcholine. Acetylcholine travels through the neuromuscular junction (NMJ), where nerve cells connect with the muscles they control. It binds to acetylcholine receptors at particular sites within the muscle tissue membrane called motor end plates. This triggers an electrical impulse to propagate through the muscle and generate a muscle contraction.

This alters the communication between the central nervous system (CNS), including the brain and motor nerves, which prevents normal muscle contractions.

Lymphoid Hyperplasia of the Thymus and Autoimmunity

Research suggests that many individuals with myasthenia gravis have abnormally large thymus glands, which show lymphoid hyperplasia or an increase in the number of the same types of cells contained in the lymph nodes. The thymus gland is a part of the immune system found in the upper chest behind the sternum. It is involved in the development of the immune system and usually shrinks in size into adulthood. It is still under study, but it is suspected that the thymus plays a role in triggering the developing immune cells to produce antibodies that attack skeletal muscle NMJs.

Certain factors can bring on or worsen myasthenia gravis flares.

In general, various factors underlie the development of autoimmunity that causes myasthenia gravis. When someone with a genetic predisposition to autoimmunity is exposed to environmental or other factors, the immune system can become dysregulated. These factors include:

The digestive tract is the main barrier to the outside world and a critical immune system mediator. The gut microbiome or microbes that populate the digestive system play critical roles in regulating hormones, immunity, detoxification, and overall health.

Ongoing stressors can lead to dysbiosis, where the gut bacteria become imbalanced and damage the gut lining contributing to inflammation. When the microbiome becomes imbalanced, or the gut lining becomes damaged and leaky from chronic exposures to toxicants, inflammatory foods such as gluten or lectins, and chronic stress, the barrier becomes ineffective. Once the gut is "leaky," substances can enter the circulation and trigger inflammation and autoimmune responses throughout the body.

Viral or bacterial infections, including human immunodeficiency virus (HIV), herpes simplex, and hepatitis B and C viruses, can contribute to inflammation and molecular mimicry, where the immune system mistakenly identifies its tissues as foreign invaders and mounts an autoimmune attack.

Past or ongoing exposures to heavy metals, mercury, arsenic, cadmium, solvents, plastics, and pesticides contribute to dysbiosis, inflammation, and autoimmunity by harming the body's detoxification, nervous, and endocrine systems.

There is not one genetic cause identified, but several genetic risk factors for myasthenia gravis have been identified, including variation in HLA genes of the immune system and CHRNA1 (a gene encoding part of the Acetylcholine receptor), among others. Genetics can predispose an individual to develop autoimmune issues like myasthenia when combined with environmental and nutritional factors.

Those with other autoimmune disorders such as lupus, rheumatoid arthritis, thyroid disease, and diabetes are more likely than average to develop myasthenia gravis.

Myasthenia Gravis is generally diagnosed based on a neurological physical examination and some specialized testing to investigate the nature of the muscle weakness.

A thorough neurological examination investigates nerve and muscle function and the ways they communicate together. This includes checking the following:

In this test, an ice pack is placed on the eyelids for a few minutes and then removed. In people with myasthenia, there is a transient improvement in eyelid drooping due to the cold decreasing the acetylcholinesterase breaking down acetylcholine at the neuromuscular junction.

This test involves inserting a fine wire electrode through the skin and into a muscle to test a single muscle fiber. It measures the electrical activity traveling between the brain, nerves, and into muscles.

Imaging tests like a CT scan or an MRI can look for any visual abnormalities of the thymus.

Since dysbiosis and leaky gut are critical factors in the development of the autoimmunity that occurs in myasthenia gravis, assessing gut health can help provide targeted interventions to help regain balance. A Comprehensive Stool Test measures amounts of healthy and unbalanced gut bacteria (dysbiosis), inflammatory markers, leaky gut, parasites, and yeast to assess the state of the gut and guide treatment aimed at restoring balance.

For example, the ratio of certain types of bacteria (Firmicutes/Bacteroidetes) in patients with myasthenia gravis is significantly lower than in unaffected populations.

Food sensitivities can contribute to increased intestinal permeability, inflammation, and autoimmunity. Foods to which an individual is sensitive can be identified with ELISA testing.

Inflammation markers such as C-reactive protein (CRP) and erythrocyte sedimentation rate (ESR) assess inflammation levels throughout the body. The results of these tests can help practitioners narrow down other tests necessary to find the root causes of inflammation.

Since toxins can contribute to autoimmune flares, your practitioner may want to evaluate you for past or current heavy metal or toxin exposures to narrow down the exact culprit. The Total Tox-Burden panel looks at a combination of common environmental toxins, mycotoxins, and heavy metals in one easy-to-do at-home urinalysis test.

Conventional medications may be used to address the muscle weakness in Myasthenia Gravis by blocking the breakdown of acetylcholine at the NMJ or suppressing the immune system to reduce antibody production.

Medications, including corticosteroids like prednisone and agents like cyclosporine (Sandimmune) and azathioprine (Imuran), are used to suppress the production of abnormal antibodies. These can help improve muscle function but may produce serious side effects such as bone thinning, weight gain, diabetes, an increase and redistribution of body fat, infertility, and decreased white blood cell counts, which can increase the risk of infection.

Plasmapheresis involves removing abnormal antibodies from the blood using a filtering process similar to dialysis. The beneficial effects of this treatment usually last only a few weeks and must be repeated regularly.

Rituximab (Rituxan) and eculizumab (Soliris) are intravenous medications that may be used for myasthenia when other treatments are not working.

The surgical removal of the thymus gland (thymectomy) is sometimes used to reduce symptoms in those individuals with or without an enlarged thymus.

Since the gut microbiome significantly impacts the immune system and autoimmunity and helps maintain diverse and balanced bacteria, focusing on nourishing the microbiome can benefit myasthenia gravis patients.

Restoring equilibrium in the gut microbiota by eating a variety of whole foods and incorporating probiotic-rich foods like kimchi and sauerkraut that contain naturally-occurring probiotics and prebiotic-rich foods like artichokes, garlic, and beans that nourish healthy bacteria is critical for repairing the mucosal barrier and halting autoimmunity.

Inflammation increases the risk of autoimmune reactions, so a nutrient-rich, anti-inflammatory diet tailored to an individual's sensitivities and needs can help balance inflammation and tame autoimmunity to prevent flares of myasthenia. Eliminating individual trigger foods, such as gluten and other grains, dairy, processed sugars, and other foods that an individual is sensitive to and balancing the intake of micronutrients can help to reduce inflammation.

Many find it easier to space out meals and eat several smaller meals during the day to maintain the strength to chew well and eat slowly.

High levels of chronic stress contribute to inflammation and have been associated with autoimmunity. Finding balance via lifestyle practices like adequate sleep, stress management, and balanced movement can improve overall health and help manage myasthenia.

Restorative exercises such as yoga, walking, and Qi gong are generally more helpful for balancing inflammation than overly intense exercise, especially with myasthenia. Spending quiet time in nature can also reduce inflammation by providing exposure to natural sunlight to optimize vitamin D and direct contact with the earth.

Chemicals in plastics, pesticides, heavy metals, and other pollutants can increase the risk of autoimmune disorders like myasthenia gravis. You can reduce exposure to these chemicals by using high-quality water and air filters, choosing organic produce, and assessing other exposures, such as metal dental amalgams. Many practitioners will commonly prescribe a metabolic detox nutrition plan alongside herbs and supplements that help gently expel these toxins from your body while minimizing side effects.

Acupuncture and traditional Chinese medicine have been shown to improve symptoms of myasthenia gravis, such as eye weakness and fatigue. For these types of treatments, it's essential to work with a licensed acupuncturist for proper assessment and treatment protocol.

Myasthenia gravis is an autoimmune disorder caused by the production of autoantibodies against proteins at the neuromuscular junction, where nerves influence voluntary muscle movements. This results in fatigue, weakness of arm or leg muscles, double vision, drooping eyelids, and difficulties with speech, chewing, swallowing, and breathing. Muscle weakness generally gets worse with activity and better after rest.

A functional medicine approach to myasthenia gravis utilizes blood and stool testing to look at potential underlying causes of inflammation and autoimmunity that can trigger myasthenia flares. These include testing for antibodies that cause myasthenia gravis, looking at the diversity of the gut microbiome, and testing for food sensitivities. Addressing identified contributing factors can help bring the immune system back into balance and prevent disease progression.