How Amy Beat Chronic IBS After Suffering For 15 Years 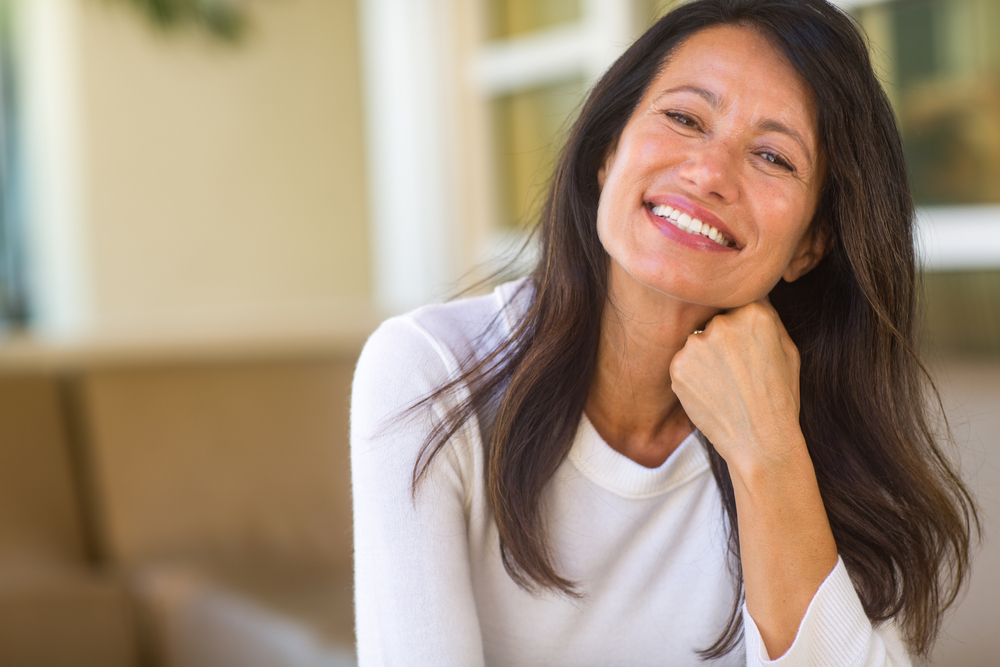 Small Intestinal Bacterial Overgrowth (SIBO) is a digestive condition that is a common root cause of symptoms including constipation, diarrhea, bloating, gas, and acid reflux. While this collection of symptoms is typically attributed to Irritable Bowel Syndrome (IBS), SIBO offers a deeper understanding of why these symptoms occur. It also provides a path to resolution for many patients, as addressing the bacterial overgrowth and the contributing reasons it occurred can relieve symptoms in the long term.

Amy was a 46-year-old female patient who presented with a 15-year history of digestive issues. She came to us looking to get to the root cause of her digestive concerns and address her history of anxiety. Her digestive symptoms included frequent loose stool, bloating, burping, and cramping, which had worsened over the last several months. In recent weeks, she found that she needed to run to the bathroom immediately following a meal. She also was experiencing dizziness, heart palpitations, nausea, and low energy, and she noticed that her hair was thinning more than usual.

A previous provider diagnosed Amy with Irritable Bowel Syndrome (IBS). She had completed three previous rounds of antibiotics but responded poorly to them. Looking for another solution, she started following the low FODMAP diet but was concerned about the amount of weight she was losing. She had lost 10 pounds in the previous three months while trying to avoid foods that gave her discomfort. Her BMI was 18, and she felt this path was not sustainable and wanted to understand what she could do to eat a varied diet without digestive issues.

Amy is a mother to three young boys and had a c-section for each child. Even with working full time and caring for a young family, she says that she sleeps well, sleeping 8-10 hours a night. She reports having a perfectionist personality and that her children and job trigger her anxiety.

Another concern for Amy was noticing hair thinning and hair loss which worsened around the time she was diagnosed with SIBO.

While following her FODMAP diet, she sticks to the same simple meals of chicken, rice, and mixed vegetables most of her meals. She often avoids gluten and dairy but feels discouraged by how restrictive her diet is. She had a colonoscopy four years earlier that was normal. She was tested for Celiac markers. The result was negative for Celiac but had elevated t-Transglutaminase (tTG) IgG.

With her blood work, we tested thyroid markers since low thyroid can affect gut motility which increases the risk for SIBO, and we found that her free T3 was below optimal and she had iodine deficiency. We tested other nutrients since SIBO can lead to nutrient malabsorption. We found that her zinc and vitamin D levels were also below optimal.

For the interventions, we started supplements one at a time since the patient will get very anxious when trying new things due to past adverse reactions to supplements.

After six weeks of antimicrobial treatment and digestive support, the patient reported mild improvement of symptoms but continued experiencing severe abdominal pain in the morning with heart palpitations that will resolve after having a bowel movement which was mostly loose. At that point, I realized that her vagus nerve and anxiety were significant contributors to her gut health, and we started the following:

After two months, the patient reported feeling better and experiencing less abdominal cramping, bloating, and better consistency of her bowel movements. She found the hypnotherapy program very helpful and even helped her anxiety related to work and traveling. She reported that she was still struggling when reintroducing certain FODMAP foods, so I recommended starting supplements to heal the gut lining.

At our follow-up visit six months later, Amy was feeling significantly better. She has been able to successfully reintroduce foods to her diet without experiencing GI distress. She was able to gain some weight back while eating a balanced diet.

Amy was overall managing her stress and anxiety much better, but the idea of retesting for SIBO was still anxiety-inducing. Therefore, we decided to wait until she felt ready to retest. In the meantime, she continued taking digestive enzymes and GI resolve powder for gut lining integrity, and we decreased the frequency of the Anxiety Soother drops.

Two months later, she felt comfortable retesting since her symptoms continued to be well managed, and she also reported noticing hair growing back. Her repeated SIBO test on 03/2022 was negative. The patient was extremely relieved and grateful since she had tested positive for SIBO 5 times previously; this was the first time she had tested negative.

This case demonstrates how important it is to get to the root cause of SIBO. In this case, addressing the gut-brain connection and the vagus nerve addressed the nervous system balance allowing for optimized gut motility, immune system function, stomach acid secretion, and digestive enzymes, which effectively treats SIBO and prevents recurrence.

Breath
This test is used to aid in the diagnosis of Small Intestinal Bacterial Overgrowth (SIBO) and Intestinal Methanogen Overgrowth (IMO). When bacteria normally found in the large intestine become present in the small intestine, the digestive system may produce excessive hydrogen and/or methane gas, which can cause many gastrointestinal symptoms such as bloating, diarrhea, and/or constipation. This test comes with a LACTULOSE substrate.

Thanks for subscribing!
Oops! Something went wrong while submitting the form.
,
Order from 25+ labs in 20 seconds (DUTCH, GPL, Genova & More!)
We make ordering quick and painless — and best of all, it's free for practitioners.
Sign up free
Browse the lab catalog

At 24 Sara Had Extreme Fatigue and Overall Low Quality of Life. How One Functional Medicine Doctor Helped Her Get Her Life Back
How Ashley Became Migraine Free in Six Weeks With A Root Cause Approach
How Aileen Beat Her Seasonal Allergies By Fixing Her Gut
Diane Had Mysterious Gut Problems That Wouldn't Get Better. Here's How She Found Relief
See All Magazine Articles