How One Patient Fixed Her Chronic Constipation In 2 Weeks 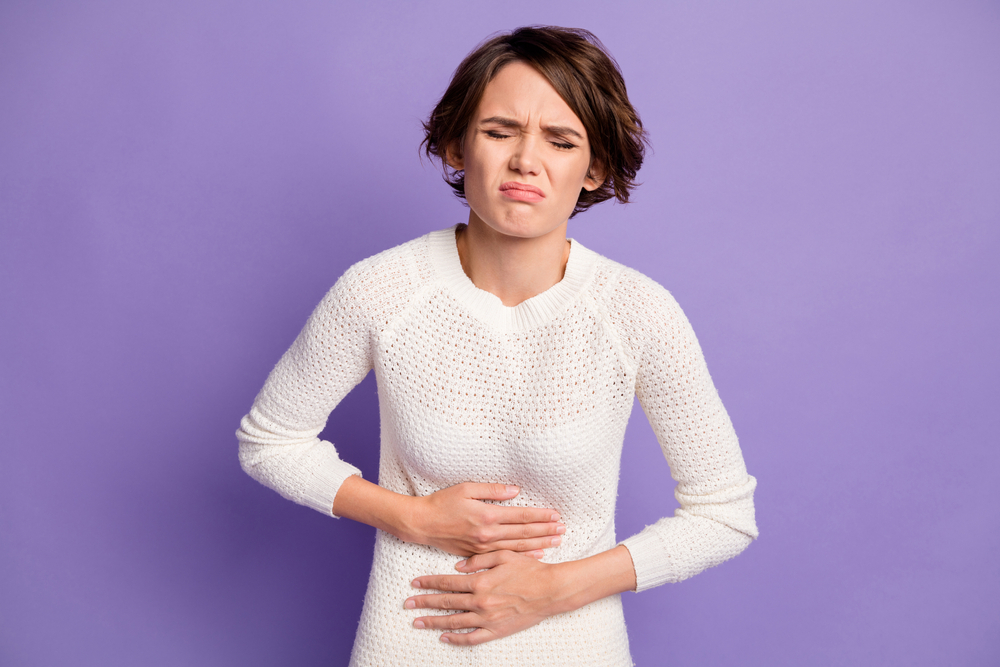 Constipation can be a huge source of stress and discomfort, as anyone who has ever suffered from it knows! According to the NIDDK, Symptoms of constipation can include:

Constipation affects an estimated 2-27% of people per year. In addition to the symptoms above, it can also cause severe discomfort or pain, gas and bloating, anxiety and irritability, and abdominal distention. It can even require trips to the doctor or emergency room to remove fecal impaction when severe enough.

If you’re someone with constipation, you should know that a Functional Medicine Approach to constipation focuses on finding and healing the root cause.

Functional Medicine can also be used alongside conventional treatments with great success. Below is an excellent example of Melissa’s integrative healthcare journey with constipation that led to a full recovery.

Melissa* was a 20-year-old cis female who’d been suffering from constipation for most of her life. She described having 2-3 incomplete bowel movements per week. She was often uncomfortable due to abdominal bloating due to being unable to move her bowels. As a result, she felt stuck in a cycle where every few weeks, she’d have to buy laxatives or enemas to go to the bathroom.

Melissa was frustrated because she’d tried all of the “typical” treatments for constipation, and they hadn’t helped. These included:

We helped Melissa by taking a deeper dive into her symptoms and teaching her about the root-cause clues that led to us finding the right healing plan for her.

Melissa was a college student who worked a full-time job while maintaining a full course load and providing caregiving support for several family members. She was passionate about solving global injustices and advocated strongly for children in foster care. Mel was bothered that her health stood in the way of accomplishing many of the goals she had for herself and the world.

In addition to constipation, she had other health issues like anxiety, depression, insomnia, fatigue, headaches, body aches, stomach pains, and cystic acne.

Mel had normalized most of these symptoms and assumed that they were due to stress. She was in therapy and had a reasonably strict wellness routine that she followed to help manage her mental health symptoms naturally and improve her sleep - without success.

As a child, Mel recalled struggling to pass bowel movements and also episodes of anxiety that accompanied the feeling of fullness after a few days of not being able to go to the bathroom.

Mel presented to our clinic looking for an alternative to what she’d already been told - that she’d have to live with her symptoms, that she had IBS, and that therapy and standard treatments were her only options.

Melissa’s nutrient analysis revealed that she under-consumed fiber, omega 3’s, and minerals like magnesium, potassium, zinc, and most vitamins.

Research shows that people with constipation tend to have lower blood levels of two major antioxidants - vitamin C and E. Melissa’s eating pattern was consistent with this finding. Additionally, vitamin C is a laxative when used at high doses as a supplement. It is a safe, gentle, and therapeutic option for people with a history of under-consuming vitamin C.

Magnesium is an essential nutrient and can have a laxative effect when taken as a supplement. Additionally, bulk laxatives (plant-based and others) can lower serum magnesium levels over time and lead to deficiencies, making constipation worse. Magnesium is also helpful in treating anxiety disorders.

Constipation is a symptom of hypokalemia or potassium insufficiency. Potassium is a critical electrolyte that affects nervous system signaling and blood chemistry. Supplementation with potassium can have a laxative effect when done carefully and safely as part of a plan to help people with an insufficient intake meet RDI.

Fiber is the most studied intervention for chronic constipation. A minimum of 25 grams of fiber per day is recommended for most adults to prevent colon cancer. Increases in the fiber of about 5-10 grams usually help correct constipation. Additionally, Mel had other symptoms of inappropriate hormone metabolism (like cystic acne) that responded well to fiber supplementation. This made increasing fiber a good food-as-medicine option for her.

Omega 3’s are an anti-inflammatory lipid class that helps heal many conditions, from chronic pain to acne. When consumed in their most nutrient-dense food form (walnuts, chia seeds, flax seeds), they contain a large amount of insoluble fiber, which helps to encourage regular bowel movements. When supplemented as fish oil, they can have a gentle stool softening effect.

Melissa also under-consumed total energy (calories), carbohydrates, and fats. This eating pattern can often result in hypoglycemic events, fatigue, and mood and cognitive issues. Melissa also tended to consume high-fodmap foods and was eating fruits, meats, and dairy products at many meals, which can cause gastric upset in some people.

Mel had years of lab work that revealed hyponatremia, hypochloremia, and hypokalemia by the time she came to see us.

Melissa had many of these symptoms, which she (and surprisingly, her previous doctors) had inappropriately attributed to stress and poor sleep. Disorders of electrolyte metabolism are often overlooked in non-urgent clinical situations. Still, they should always be worked up and discussed with the client.

Mel had several food sensitivities to the foods that she consumed daily. In particular, Mel had eggs or dairy almost every day as part of her “healthy” diet. There is evidence that eliminating cow dairy can help people with treatment-non-responsive constipation to resolve their symptoms.

It’s good to rule out causes of constipation disorders like thyroid disorders, severe GI disorders, and more, as they can cause slowed bowel transit that does not respond to typical constipation treatment. Melissa’s lab work revealed that she had healthy thyroid function.

Her previous workup from gastroenterology revealed that she had a normal GI tract except for some inflammation near her ileocecal valve. This was great news which meant that we could optimize the other aspects of her health.

To help Melissa heal, we did the following:

My team and I worked with Mel to create a customized food-as-medicine meal plan that allowed her to meet RDI for all vitamins, minerals, fiber, and omega 3’s, which are associated with improved outcomes in constipation. It was free of her top food sensitivities: dairy, eggs, wheat, beef, and almonds.

We also made the following key changes:

We encouraged Melissa to give herself an extra hour in the morning where she could eat, drink and walk around to stimulate a bowel movement before she got going for the day. The protocol we recommended was as follows.

Melissa’s individualized nutrition plan was designed to be healthy, easy to cook, and fun to eat. It was also intended to correct her inadequate intake of vitamins C and E, fiber, and minerals like magnesium and potassium. The nutrient analysis below reveals that she now consistently meets RDI for these nutrients or more. Our current work for Melissa is now centered on optimizing calcium, potassium, and omega 3 intake.

Melissa’s constipation resolved after two weeks of following this protocol. She now has one regular, easy-to-pass bowel movement each morning and describes a life free of chronic constipation and bloating.

Her acne has reduced, and her depression and anxiety have decreased to manageable levels. Additionally, her sleep has improved enough to allow her to experience normal energy levels during the day. As a result, she feels like she’s thriving!

Constipation can be treated naturally using a combination of food-as-medicine, bowel retraining, food sensitivity elimination, lifestyle changes, and more. If you’ve suffered from constipation for years, don’t give up. There’s hope! Find a doctor who will help you devise a root-cause plan so that you can heal and thrive.

*Note: The clients’ name has been changed to protect her privacy. All other details are the same!

Thanks for subscribing!
Oops! Something went wrong while submitting the form.
Dr. Kate Henry, ND
,

Website
This article was written by Dr. Kate Henry, a naturopathic doctor with advanced training in mind-body medicine and functional approaches in psychiatry. Her study of nutrition, botanicals, and lifestyle medicine has enabled her to offer unique expertise and out-of-the-box solutions for chronic and stubborn health issues, including SIBO, PCOS, constipation, anxiety, POTS and more.
Order from 25+ labs in 20 seconds (DUTCH, GPL, Genova & More!)
We make ordering quick and painless — and best of all, it's free for practitioners.
Sign up free
Browse the lab catalog