How To Do An Elimination Diet 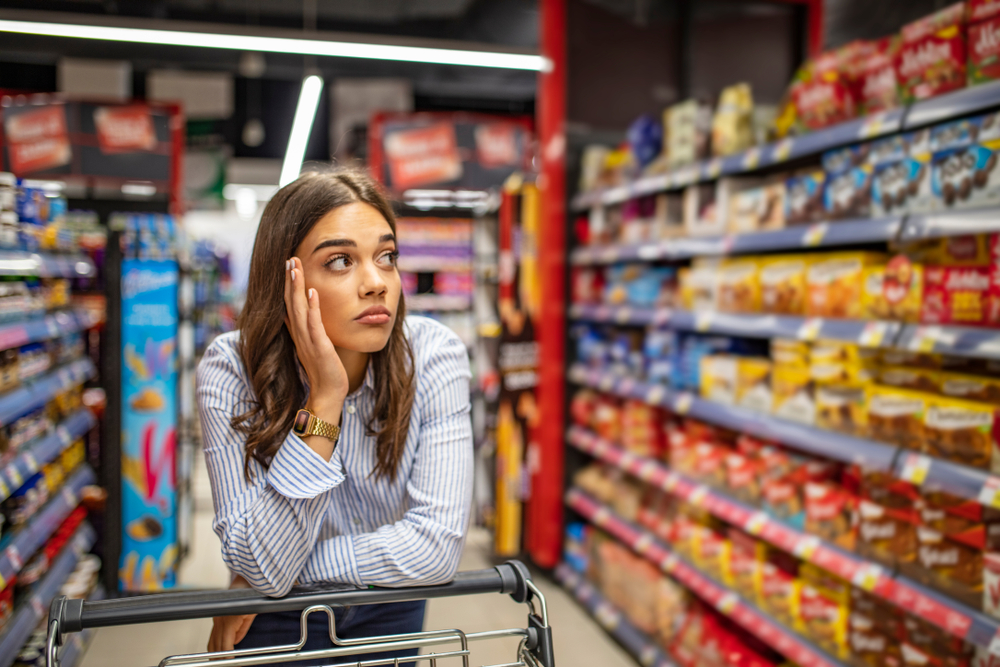 As individuals around the world are recognizing that underlying food sensitivities could be contributing to symptoms ranging from digestive upset and bloating to headaches, eczema, and brain fog, the concept of an elimination diet has gained traction as a way to assess food sensitivities while also providing a foundation for healing from these sensitivities.

More patients understand that gut and immune health are of utmost importance for optimal well-being, and therapeutic nutritional approaches like the elimination diet are becoming popular ways to reduce chronic symptoms and improve overall health.

While the estimated rate of food allergies ranges from 3-10% of adults (and 8% of children) in industrialized nations, food sensitivities affect closer to 20% of the population.

It’s challenging to find a definitive rate of food sensitivities reported, as most clinical studies look at traditional IgE-mediated food allergies and typically do not include food sensitivities. While many different foods have been reported to cause reactions in individuals, the most common food allergens - wheat, milk, eggs, soy, peanuts, tree nuts, and shellfish - are responsible for most adverse food reactions and are therefore targeted with a traditional elimination diet.

What is an Elimination Diet?

An elimination diet is a dietary protocol designed to remove certain foods and chemicals that a given patient might be sensitive to while supporting a healthy gut microbiome and lowering inflammation.

The elimination diet is the gold standard in functional medicine for identifying food reactions, as it can be challenging to identify problematic foods from a history and diet diary alone due to the variety of symptoms that can stem from food sensitivities, as well as potential delayed reactions to foods.

In an elimination diet, suspect foods are removed for anywhere from 3-4 weeks. Then foods are reintroduced one at a time under the guidance of a practitioner to help determine what foods may be triggering symptoms.

Foods that continue to cause symptoms (whether physical, such as gas and bloating, or mental/emotional, such as brain fog or anxiety) are then avoided for an additional period (three to six months) before the patient attempts to reintroduce them again.

While functional medicine lab testing can help guide an elimination diet, the elimination diet carefully observes any symptoms in connection to the foods one eats or doesn’t eat, making it an ’n of 1’ experiment to understand how foods impact one’s health.

Restricting foods long-term can put an individual at risk for micronutrient deficiencies and adverse health effects, so the goal of an elimination diet protocol is to temporarily remove triggering foods while supporting gut and immune health and then returning a patient to a more diverse nutritional approach.

Who Should Do an Elimination Diet?

Elimination diets have been suggested in the literature to be beneficial for conditions such as:

Additionally, though more research is needed, elimination diets may help improve other symptoms such as:

Who Should Not Do an Elimination Diet?

What To Avoid on an Elimination Diet

In a standard elimination diet, the following foods are eliminated:

Some practitioners will also recommend eliminating the following:

What Can You Eat on an Elimination Diet?

Foods you can eat on an elimination diet:

In the elimination phase, the suspect foods are removed for roughly 30 days (a minimum of 21 days). IgG & IgM antibodies, which are part of the immune system responsible for food sensitivities, take up to 21 days to turn over, so to experience the best results, avoiding the foods to which it’s suspected one is creating antibodies for that timeframe is necessary.

During the elimination phase, it’s also common to recommend inflammatory foods such as processed foods, alcohol, and excess sugar be removed from the diet to help support overall gut microbiome health and to reduce inflammation throughout the body. The gut lining also regenerates roughly every 2-4 weeks, making the 30-day elimination period an optimal timeframe to remove possible food stressors and support gut healing and recovery.

After the period of elimination, foods can be reintroduced one by one for three days while assessing for reappearance or worsening symptoms.

Example: Wheat is added back into the diet as the first food to test. The patient would be instructed to have wheat during days 1, 2, and 3 of reintroduction while keeping a food journal or reporting symptoms to their practitioner during days 1-4. This pattern of reintroduction is intended to bring to light any potential immediate reactions, as well as delayed reactions to the food. If no symptoms are noted, the next food can be added back into the diet in the same manner, and so on.

What if I Have Symptoms During the Reintroduction Phase?

If symptoms are experienced during the reintroduction phase, the problematic food should be avoided for another 3-6 months before reintroducing into the diet again. In some cases, research shows it can potentially take up to 6 months for the body to stop making antibodies against foods depending on underlying factors. Compliance is critical here - it will generally take longer for the body to stop producing antibodies if you’re not as strict with removing offending foods.

Functional Medicine Labs to Test if You Need an Elimination Diet

One of the biggest challenges in completing an elimination diet protocol is patient compliance. Though a temporary intervention, elimination diets can be restrictive and difficult to follow. Using functional medicine testing can help personalize an elimination diet to a specific patient case, and it can also provide insight for the patient into why it’s important to temporarily eliminate certain foods from their diet to reduce their symptoms and support optimal health.

The following functional medicine labs are commonly used to determine if an elimination diet is needed and may also help to personalize the protocol for your needs further.

Seeing what foods are causing reactions can be essential for healing. Most tests look at well over 100 foods and can help identify foods other than the basic “standard” elimination diet food that need to be removed - and often, these additional foods may be spices, herbs, or other foods you wouldn’t expect!

The Standard American Diet is one of the most common reasons food sensitivities develop, and an elimination diet can be an integral part of healing. A CDSA helps identify the presence of “leaky gut,” microbiome imbalances, and inflammation in the gut that may contribute to food sensitivities and may prolong healing if not addressed.

Because an elimination diet can carry the risk of nutrient deficiency (particularly when unsupervised), getting a baseline understanding of each patient’s metabolic needs and nutrient status can be helpful to preventatively address any potential gaps in the diet and support any existing deficiencies while undergoing the elimination diet.

Elimination diets remain the gold standard for identifying food sensitivities and intolerances through one’s diet. When done correctly, the diet can be a game-changer for many people experiencing various symptoms, ranging from gas and bloating to headaches and skin problems. It’s important to remember that elimination diets are short-term interventions and may not be appropriate for everyone. Functional medicine testing can help determine if an elimination diet is suitable for you and can also help to personalize the diet to your specific needs.

Stool
If you want to order the Zonulin add-on, please order the "GI-MAP + Zonulin" test. The GI-MAP measures a variety of gastrointestinal microbiota DNA using qPCR technology. It detects microbial imbalance, microbes contributing to illness, and indicators of digestion, absorption, inflammation, and immune function. Due to a supply shortage, this test no longer includes antibiotic resistance genes to opportunistic/universal bacteria.
96 General Food Panel: IgG
by
US BioTek

Serum
The 96 General Food Panel analyzes IgG antibodies to 96 common foods and spices. This is the serum version of the test. It is also available as a blood spot test.
Organic Acids (OAT)
by
Great Plains Laboratory