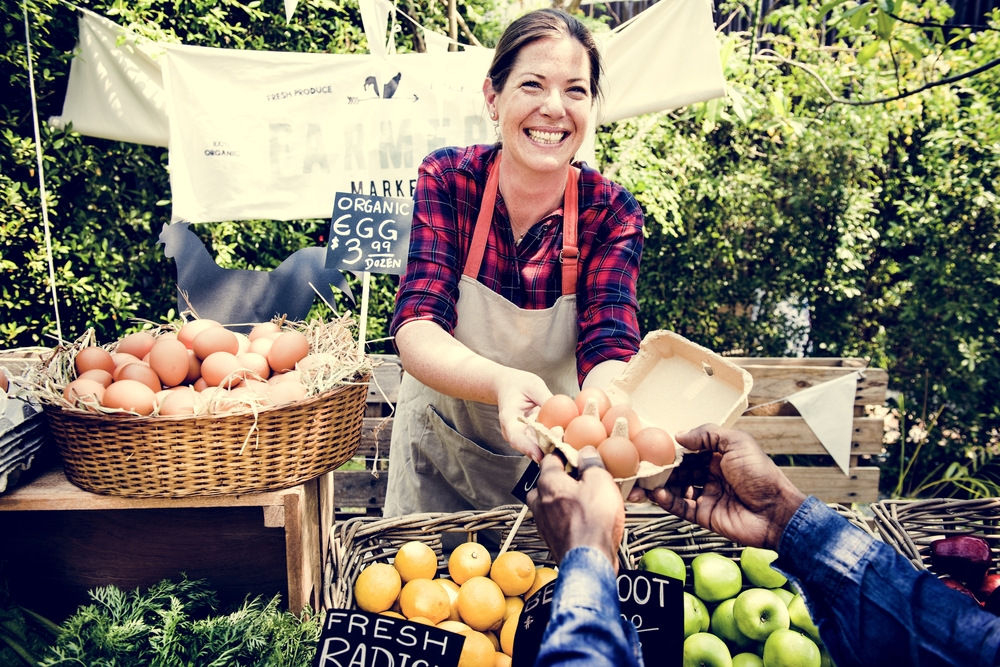 Our modern society seems to have developed an overwhelming number of different diets, yet humans are more obese than ever. The CDC now describes obesity as an epidemic, reaching a 41.9% obesity rate in 2020.

It is worth noting that cardiovascular disease, commonly caused by the standard American diet, is responsible for almost 700,000 deaths annually in the U.S.

With so many diets claiming to improve health, it is easy to understand why so many people feel overwhelmed with the vast array of diet options and instead choose to eat the “standard American diet,” which many practitioners agree is the worst diet for healthy outcomes.

This article will discuss the evidence behind the Paleo diet and how some functional medicine practitioners use it to address chronic disease.

What is The Paleo Diet

The core principle of the Paleo Diet is based on foods similar to what might have been eaten during the Paleolithic era, which dates from approximately 2.5 million to 10,000 years ago. This includes lean meats, seafood, fruits, vegetables, nuts, and seeds.

A strict paleo diet limits foods that became common when farming emerged about 10,000 years ago. These foods include dairy products, legumes, and grains.

While ten thousand years may seem like a long time, it is only a momentary breath in the lifetime of humanity. Our bodies are firmly still in ancient times, yearning for whole real food and physical activity.

What Can You Eat on The Paleo Diet?

The paleo diet is high in protein, moderate in fat (mainly from unsaturated fats), moderate in carbohydrates (specifically restricting processed and high glycemic carbohydrates), high in fiber, and low in sodium and refined sugars.

‍Beef, Chicken, Pork, and similar small-farm naturally raised meats are the most nutritious and optimum.

‍We know from archaeological studies that ancient humans who lived near a coast ate large amounts of seafood.

Choosing which eggs are best can feel overwhelming with all the labels. Based on the evidence, researchers have found that pasture-raised egg contain more nutrients and are less inflammatory than eggs from caged hens raised on traditional feed. If following the AIP version of the paleo diet, eggs are avoided.

‍When possible, choose organic vegetables that are in season and grow near where you live. If possible, try to support small organic farms that use heirloom (original strains, not modern hybrids) produce. If that’s not possible, get as close as possible with your location and budget.

‍It is thought that early humans descended from primates that were primarily fruit eaters about three million years ago. Fruit has probably been a part of the human diet to some extent since this early time. Try to eat what is seasonal in your area, and vary your selection when possible.

‍If you don’t have an allergy or sensitivity to them, nuts are a good source of Paleo nutrition. Our ancestors might have eaten a handful of nuts when available. Moderation is key as nuts are higher in calories and not as filling as other foods. Therefore it's easy to over consume caloric intake when eating nuts or nut butter. If following the AIP version of the paleo diet, nuts are avoided.

Foods to Avoid on a Paleo Diet

The central concept in the Paleo diet is to avoid food unavailable ten thousand years ago.

‍One of the central concepts in a Paleo diet is avoiding sweets. This means avoiding ice cream, cookies, cake, sweet coffee drinks, and soda. Too much sugar can reduce beneficial bacteria, increase the presence of pathogenic bacteria and eventually lead to chronic ailments and disease.

Many have questions about more natural sweeteners (i.e., stevia and monk fruit). Current research shows that these non-nutritive sweeteners do not harm insulin or blood sugar levels, yet they are processed, and processed foods are commonly avoided in the Paleo Diet. Sucralose should be avoided as research does show that it can contribute to insulin resistance and gut dysbiosis.

A simple way of choosing foods that fit this recommendation is to always start with whole foods. Look for whole, fresh food ingredients that are often found on the outside aisles of grocery stores and not in the center aisles. Avoid it if it has more than one ingredient.

‍The theory is that grains are anti-nutrients, and they most likely were not available in ancient times. However, recent research has shown that our human ancestors expanded their menu almost 3.5 million years ago with the addition of tropical grasses setting the stage for our modern diet of grains.

Even with this new emerging evidence, many people following the paleo diet still choose to avoid grains due to their anti-nutrient effects. Some grains like gluten have also been shown to cause inflammation in the body and can lead to a leaky gut and autoimmune diseases.

Others choose to include “substitution foods” that are grain-free alternatives. These are often made with processed nut or legumes and shouldn’t be considered healthy. If budget is a concern, avoiding substitution foods can make this diet more affordable.

While a Paleo diet can be a wonderful thing for preventing heart disease, it is important to avoid seed oils. Not only are seed oils not naturally occurring (they are highly processed products made with high heat and chemicals). The use of seed oils such as rapeseed (aka “canola”) and soybean oils, which are high in Omega-6 fatty acids, has been implicated in the development of heart disease. This is due to the high levels of linoleic acid in these oils and how that linoleic acid can become incorporated into LDL and cholesterol and oxidized.

What Are Some Scientific Proven Health Benefits of The Paleo Diet?

Participants were asked to follow a Paleolithic diet for 12 weeks in this study. The results concluded that those who followed a stricter Paleo Diet were associated with lower fat mass, BMI, waist circumference, systolic blood pressure, and serum triglycerides by the end of the trial.

Another research study looked at the effects of a Paleo diet on body fat, insulin sensitivity, and blood sugar. Subjects with type 2 diabetes followed a Paleo diet for twelve weeks. Part of the group added aerobic and resistance training, while the other half did not. After twelve weeks, the non-exercise group had lost body fat, improved insulin sensitivity by forty-five percent, reduced HbA1c, and reduced leptin. The exercising group had the same benefits to a greater degree plus also improved their VO2max.

Many practitioners prescribe the autoimmune paleo diet protocol (AIP) to address systemic inflammation and autoimmune disease. In 2017, the first clinical trial involving AIP was conducted by Konijeti et al. This study followed patients with inflammatory bowel disease. 73% of participants achieved clinical remission by week 6 of the study and maintained remission by the end of week 10. This small original study set the stage for utilizing the AIP diet for other autoimmune diseases.

Lab Tests to Consider When Following a Paleo Diet

There are several categories of lab tests that are useful to determine if a Paleo diet is right for you.

The gut microbiome has a powerful effect on the immune system, hormone regulation, metabolic system, and endocannabinoid system.

Before starting any diet, a comprehensive stool test can assist practitioners with individualized approaches to nutrition based on the patient's results.

Research indicates that Americans are significantly deficient in many critical nutrients due to a nutrient-poor diet. Micronutrients include vitamins, minerals, and amino acids needed for a normal healthy physiology. Results of this test can help your practitioner establish a personalized meal plan to ensure you are hitting your daily RDA for essential nutrients.

An additional variable to consider is how our genetic profile affects nutrition. Vibrant Wellness offers a NutriPro test that combines micronutrients with the genetics (single nucleotide polymorphisms or SNP) that affect each nutrient. This panel allows you to see both micronutrient status and genetics in one panel, highlighting those nutrients that we may have an increased or decreased need for.

Another option is the DNA Diet test. This genetic test provides insight into which diet type (low carbohydrate, low fat, or Mediterranean diet) would be most suitable for you according to your unique genetic makeup. Results from this test allow practitioners to modify the paleo diet as needed for the best results.

Is Alcohol Permitted on the Paleo Diet?

Alcoholic beverages are one of humanity’s earliest and most popular inventions. With the theme of cutting out grains in a Paleo diet, wine or meade would be the most authentic and appropriate alcoholic beverage. Yet most practitioners using the Paleo Diet to treat chronic disease will commonly request avoidance or limitation of alcohol.

What is a Modified Paleolithic Diet?

Researchers have argued that the underlying hypothesis of the paleo diet may oversimplify the story of how humans adapted to changes in diet. Archaeological research has demonstrated that early human diets may have included wild grains and grasses well before the introduction of farming.

Genetic research has shown that notable evolutionary changes continued after the Paleolithic era, including diet-related changes, such as an increase in the number of genes related to the breakdown of dietary starches.

Due to this research, the paleo community has evolved quite a bit, allowing some modern foods in moderation, including some gluten-free grains like rice.

It can seem overwhelming to consider all the different diet plans currently being promoted. Many diets are also based on expensive processed foods, prioritizing profit over quality.

Our bodies evolved over two million years to consume a short list of whole foods, and research suggests that returning to that simple diet can have profound health benefits.

With these thoughts in mind, assessing your gut bacteria, micronutrient levels, and genetic predispositions is also a good idea before jumping into any significant diet change. These tests can then be repeated quarterly to track the changes and maximize the benefits.

Blood Spot
DNA Diet® is a genetic test designed to guide the personalization of diet and lifestyle recommendations in order to manage weight. It provides insight into which diet type (low carbohydrate, low fat, or Mediterranean diet) would be most suitable for you according to your unique genetic makeup.
NutriPro
by
Vibrant Wellness

Whole Blood
The Vibrant NutriPro Panel is a test to measure various genetic mutations present in an individual’s body to gauge the scope of genetic predispositions an individual might have in achieving optimum nutrition. Alongside this, the actual nutrient values are measured in serum, RBC, and WBC, as appropriate. Utilizing this data can aid in targeted precision therapies to achieve optimum nutrition.
Gut Zoomer 3.0 Complete
by
Vibrant Wellness

Stool
The Gut Zoomer analyzes over 300 microorganisms to provide a comprehensive analysis of the gut microbiome using a proprietary microarray hybridization technology.