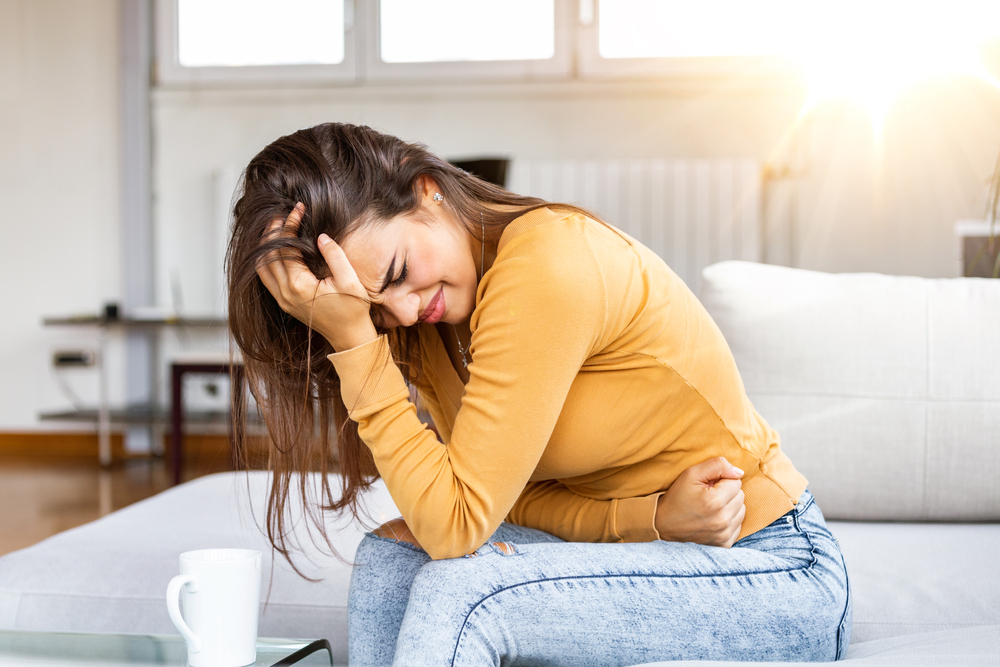 Crohn’s is a type of inflammatory bowel disease (IBD) most commonly diagnosed in patients between 20 and 40 years old.

A functional medicine approach to Crohn’s Disease addresses the complex factors involved, including genetics, an altered microbiome, environmental exposures, and a leaky gut.

These imbalances trigger the immune response to create excess inflammation in the digestive tract. Inflammation is one of the body’s natural ways of protecting itself, but when there is too much inflammation, it can cause extensive damage. This results in painful ulceration, swelling, and scarring of the intestines. Crohn’s disease can affect any area in the GI tract, but it’s primarily found in the large and the small intestine. Crohn’s is usually chronic with flare-ups of worsening disease in between less symptomatic periods.

This leads to a variety of gastrointestinal symptoms, including

Chronic inflammation can also lead to gallstones and kidney stones. Over time, this inflammation can spread throughout deeper layers of the intestinal tract and lead to complications like bowel blockage or infection.

While the exact cause is not fully understood, Crohn’s involves an interplay between genetics, environment, and altered gut bacteria. This leads to dysregulated immune responses and inflammation that damages the gastrointestinal tract.

8-12% of Crohn’s patients have a family member with IBD. This may be due to genetics and or shared environmental exposures. Identified genes suggest that Crohn’s involves abnormal immune responses to certain bacteria and yeasts in the intestines.

Dietary factors alter the risk of Crohn’s by impacting the microbiota, intestinal barrier, and immune system. The intestine walls serve as a separation between the outside world and the bloodstream and are crucial for regulating immunity. A “leaky gut” allows substances from the gut to enter the body, contributing to chronic inflammation.

A diet including an “excessive consumption of sugar, animal fat, and linoleic acid is considered a risk factor for IBD development.” Whereas a high fiber diet (outside of flares) and citrus fruit consumption may be protective.

Low vitamin D levels and inadequate dietary fiber intake or frequent shifts between high- and low-fiber foods contribute to poor diversity of gut bacteria and the development of Crohn’s.

On the other hand, an anti-inflammatory Mediterranean diet reduces the risk of Crohn’s. Similarly, breastfeeding helps strengthen the microbiome's diversity, while antibiotic exposure in childhood increases the risk due to adverse impacts on gut bacteria.

Traditionally, diagnosis is based on symptoms and confirmation of changes in the intestines via endoscopy biopsy. Functional medicine testing can assess the extent of inflammation in the intestines and the rest of the body along with nutrient deficiencies, anemia, and infections and help identify underlying contributing factors.

The Celiac, IBS, and Crohn’s Assay (CICA) measure genetic risk markers and antibodies directed against yeast in the gut (Anti-Saccharomyces Cerevisiae Antibody (ASCA), which is an indicator for the presence and severity of Crohn’s.

Fecal calprotectin is a marker of mucosal inflammation in IBD and can be used to monitor disease activity.

The GI-MAP assesses relative amounts of healthy and unbalanced gut bacteria, inflammation and leaky gut markers, parasites, and yeast overgrowth. Individuals with Crohn’s frequently have an overgrowth of Candida and Malassezia yeasts that join harmful bacteria to create biofilms that are difficult for the immune system to get rid of. This can trigger autoimmunity and perpetuate the cycle of inflammation, so detecting and treating gut infections and imbalances is important.

Crohn’s causes nutrient deficiencies that result in further immune system dysregulation and impaired healing. The damaged intestines cannot effectively absorb nutrients, leading to deficiencies in iron, vitamin B12, folate, vitamin D, magnesium, and other nutrients. The functional status of nutrients within the cell can be assessed with a micronutrient panel to target any deficiencies.

Other basic labs to assess contributing factors and complications include

A functional medicine approach to Crohn’s disease addresses underlying factors to balance the immune system, calm inflammation, and prevent the progression of the disease to avoid complications.

The composition of the gut microbiota can change in response to diet. An individualized nutrient-rich, anti-inflammatory diet can help balance inflammation to prevent flares and further irritation to the gastrointestinal tract while optimizing nutrient levels.

To maintain remission, prioritizing cooked fruits and vegetables and anti-inflammatory spices like turmeric and saffron and incorporating omega-3 fats from foods like salmon and walnuts reduces intestinal inflammation and permeability. Fish oil supplements can also help.

When not in a flare, a high-fiber diet improves gastrointestinal function. Butyrate is a short-chain fatty acid produced when gut bacteria break down indigestible dietary fibers from legumes, fruits, and vegetables or taken via supplements that can improve symptoms.

A gluten-free diet is helpful for many IBD patients. Gluten contributes to weakening the barrier gates between intestinal cells, resulting in permeability and inflammation.

A properly balanced gut microbiome is crucial for balanced immune function. A diet rich in unprocessed whole foods that incorporates probiotic-rich foods like miso, kimchi, and sauerkraut combined with prebiotic-rich foods like leeks, artichokes, garlic, and beans that nourish healthy bacteria is critical for repairing the intestinal lining and reducing symptoms. In addition to diet, probiotic supplements like Lactobacillus and Bifidobacterium have been shown to improve Crohn’s.

Stress increases cortisol and inflammation in the gut via the “brain-gut axis,” triggering flare-ups. Therefore, stress management practices like yoga, meditation, breathwork, or gratitude practices and addressing emotions and trauma are helpful.

Exercise decreases the expression of inflammatory substances and encourages repair of the damaged intestines.

FMT is an emerging experimental treatment strategy for Crohn’s.

Stool
If you want to order the Zonulin add-on, please order the "GI-MAP + Zonulin" test. The GI-MAP measures a variety of gastrointestinal microbiota DNA using qPCR technology. It detects microbial imbalance, microbes contributing to illness, and indicators of digestion, absorption, inflammation, and immune function. Due to a supply shortage, this test no longer includes antibiotic resistance genes to opportunistic/universal bacteria.
Celiac, IBS, and Crohn's Assay (CICA)
by
Cell Science Systems

Stool
This is a single-marker test measuring calprotectin.