5 Common Root Causes Of Endometriosis And How To Treat Them 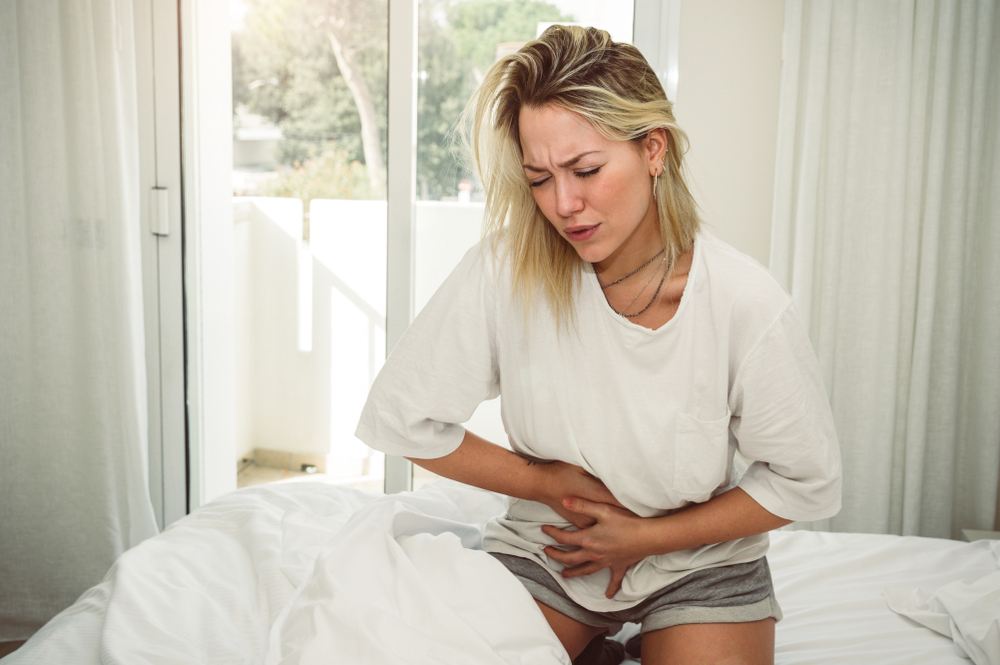 When in the uterus (where it is supposed to be), endometrial tissues grow throughout the month in response to fluctuating hormones to prepare the uterus for the possible implantation of an embryo.

If implantation does not occur in a given month, this tissue lining sheds and flows out of the uterus through the cervix and out of the vagina along with blood and mucus. This process is known as the menstrual cycle.

The shedding and bleeding that occurs outside the uterus becomes trapped inside the pelvis because it cannot pass out of the body the way normal endometrium can. This tissue and blood collection leads to inflammation, possible swelling, and even scarring.

While there are several common signs and symptoms of endometriosis, the most prevalent symptom is severe pelvic pain and cramping, usually seen around the menstrual period when cramping can often be expected. However, this pain is reported to be far worse than the standard cramping, and it can even increase in severity over time.

Other common signs and symptoms include:

Diagnosing endometriosis can be difficult. By looking at the shared symptoms between other diseases, it’s no wonder that it could be mistaken for irritable bowel syndrome (IBS), ovarian cysts, or pelvic inflammatory disease (PID).

Ultrasounds, MRIs, CT scans, a thorough medical history, and pelvic exams can all be used to help diagnose endometriosis. But, a confirmed diagnosis can only be made with a laparoscopy (surgical procedure) and biopsy of visualized tissue.

The cause of endometriosis is unknown. However, most experts agree that it has something to do with retrograde menstruation, which is a process where a small amount of endometrial tissue cells travel through the fallopian tube(s) and leak into the pelvic cavity rather than flow out of the cervix and vagina during menstruation. Then the tissue cells implant on the surfaces of other organs. Once implanted, these rogue cells still respond to hormonal fluctuation the same way that the endometrium in the uterus does, meaning those tissue cells will bleed during menstruation even though they are no longer located in the uterus.

Interestingly, though, studies have shown that the phenomenon of retrograde menstruation occurs in the majority of women regardless of endometriosis status. So, there must be another piece to the puzzle to explain how endometriosis comes to be.

Some other research is looking at the immune system’s role in endometriosis. One study tested the peritoneal fluid (fluid found in the pelvic cavity) in endometriosis-positive patients. The results showed that an inflammatory response could be seen in the fluid after retrograde menstruation.

Studies also show that endometriosis tends to run in families, suggesting a genetic component as well to this condition.

Phthalates are chemicals found in our environment and are known as endocrine disruptors, meaning they can have a direct influence on hormones. These specific chemicals have been found to have an association with women who have endometriosis.

Some important lab markers should be checked when evaluating for endometriosis. Since heavy bleeding is a common symptom, a classic CBC is a good idea to rule out the presence of anemia.

Since inflammation plays such a significant role in endometriosis, looking at hs-CRP, a specific inflammatory marker, should also be done.

DUTCH Plus from Precision Analytical (DUTCH) is an essential tool for analyzing reproductive hormones and their metabolites. With this test, we can assess the balance of estrogen and progesterone and see how easily the body breaks down these hormones.

*Note: It’s important to note that this marker is used for other diagnoses as well.

LRA Environmental Chemicals Block 61 from ELISA / ACT Biotechnologies is an excellent test option if environmental causes are suspected for endometriosis. It tests for 61 common environmental chemicals, specifically, their delayed hypersensitivity reaction. Delayed hypersensitivity means that you don’t get an immediate obvious reaction/symptom when exposed to certain chemicals, but hours or even days later, your body might react. It’s challenging to associate which chemicals could have caused that reaction because the reaction is so delayed. This test is super helpful to distinguish which, if any, chemicals are causing issues.

Endometriosis is complex, and there is still so much unknown. However, functional medicine does offer a lot of assistance with reducing symptoms and preventing further disease progression.

Inflammation is a large part of the endometriosis picture. So, it only makes sense to have an anti-inflammatory diet on board. Plant-based diets with high fiber and low saturated fat are a great start. It is also vital to decrease red meat, alcohol, dairy, and sugar due to their inflammatory properties.

Eating organic as often as possible is also an essential part of a diet change to reduce pesticides, especially since there is a connection between endometriosis and environmental factors as mentioned above.

Another easy way to help decrease inflammation in the body is to increase anti-inflammatory herbs in daily cooking or drink some of these herbs in tea form. Examples are rosemary, ginger, milk thistle, burdock, garlic, green tea, and turmeric.

Vitamin D is an important supplement for endometriosis since we know that there is a correlation between endometriosis and low levels of Vitamin D. However, everyone should have their individual levels checked because much higher doses may be indicated if there is a deficiency.

Another major environmental factor to consider is the avoidance of plastic, specifically plastic water bottles and plastic food containers. Switching to glass or stainless steel for water bottles and glass for food is advised. Cleaning up personal care products can also make a difference.

Using more natural products and staying away from chemicals such as phthalates is essential not just for endometriosis but for overall health and wellness as well. The EWG.org website is a great place to start for self-education on this subject.

*Note: You should work with an integrative healthcare provider to set up the best plan for your root cause.

Endometriosis is a common condition affecting many women. It is often described as debilitating and can interfere with many aspects of life. While the cause of endometriosis is technically unknown, research is learning more and more about this condition every year. With roots in hormonal imbalance, inflammation, genetics, and environmental exposures, this condition presents many avenues to look further into. Functional lab tests can help us explore different causative factors and learn more about how the body functions with this condition.

Functional medicine helps us look deeper at the various causes and explore holistic treatment plans to counteract the many root causes.

Urine
Saliva
The DUTCH Cycle Mapping™ PLUS test maps the patterns of progesterone and estrogen throughout the menstrual cycle and analyzes the cortisol awakening response. This test include the insomnia cortisol sample. This test cannot be ordered for patients under 12 years of age.
DUTCH Complete (Dried Urine)
by
Precision Analytical (DUTCH)

Urine
The DUTCH Complete™ is Precision Analytical's most extensive sex and adrenal hormone profile. It also offers an assessment of the daily free cortisol pattern, organic acids, melatonin, and 8-OHdG, all in one simple test. This test cannot be ordered for patients under 12 years of age.
CA 125
by
Access Medical Laboratories

Serum
This is a single-marker test measuring CA 125. It can be ordered as part of a custom panel. CA 125 is elevated in the majority of women with carcinoma of the ovary.
CA 125
by
BioReference Laboratories

Serum
This is a single-marker test measuring CA 125. It can be ordered as part of a custom panel.