How One Patient Found Natural Relief For Her IBS 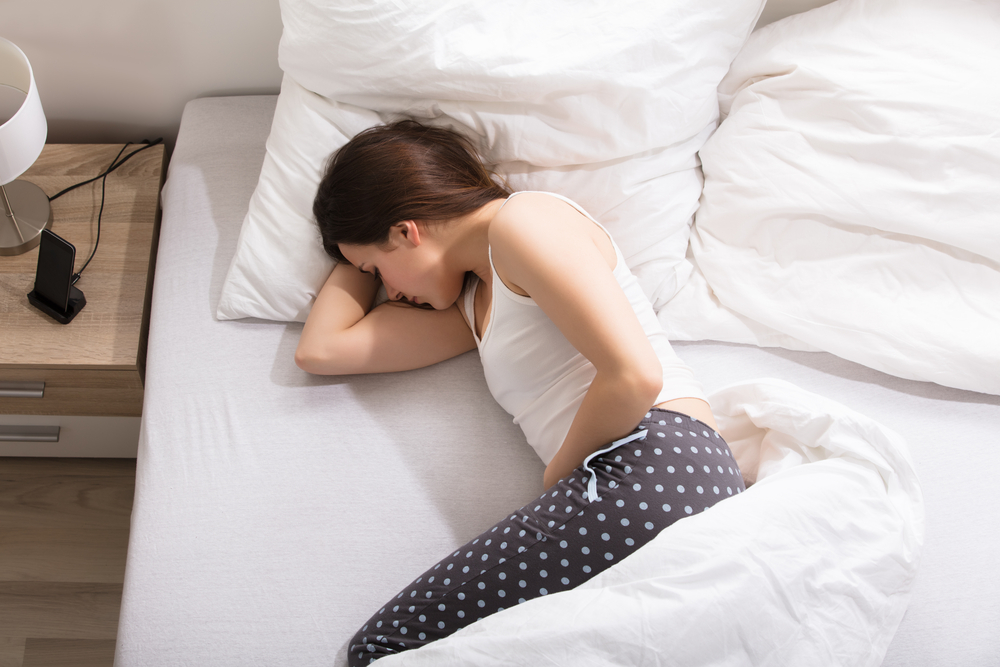 Irritable bowel syndrome is frequently linked to underlying bacterial, fungal, or parasitic overgrowth. A functional medicine approach to IBS must include a thorough investigation and may consist of stool and food sensitivity testing and addressing microbial under or overgrowth.

21-year-old female presents with postural orthostatic tachycardia syndrome (POTS), fatigue, nausea, headache/migraines, and syncope symptoms. The patient had been diagnosed with mixed irritable bowel syndrome three years prior. However, on the initial visit, the patient’s digestion was stable, with well-formed bowel movements that were frequently floating. Upon treatment supporting a reduction in the patient’s POTs symptoms, her digestion began acting up with symptoms of abdominal pain, bloating, and urgency following meals, with alternating constipation and diarrhea, accompanied by foul-smelling flatulence.

The patient had been diagnosed with POTS 4 months prior to the first office call and had recently left college due to the unpredictable nature of her symptoms. She was working with a neurologist and cardiologist to stabilize her blood pressure with medication. At the same time, I began working with her to rule out hormonal, viral, nutritional, and other contributing factors to her ongoing symptoms.

She has been on hormonal birth control for five years to help regulate her heavy, painful, and irregular menses and had menses four times a year due to birth control.

Her diet had improved in the last three months since living at home with her parents, compared to her highly processed college diet. Her current diet was cereal with milk or yogurt with granola, fruit, and honey for breakfast, followed by a sandwich or grilled cheese for lunch with a fruit or vegetable side.

Dinner was her most complete meal with protein, carbohydrates like potatoes or rice, and a vegetable side. She would only consume gluten-free mac and cheese when her stomach was upset, which was 1-2x weekly.

The patient only consumed water during the day with a goal of 100 oz. However, she commonly felt dehydrated.

Since childhood, she had experienced frequent stomach aches and diarrhea, which increased in severity during her first year of college, resulting in her IBS diagnosis. She had cut out gluten and dairy following her IBS-Mixed (IBS-M) diagnosis, which provided mild and short-lived improvement.

The patient was born one month premature via cesarean section. She was bottle fed but battled frequent episodes of colic till six months old.

She suffered multiple yearly colds and sinus infections and contracted the flu yearly as a teen. She has been on at least 1 round of antibiotics annually since childhood.

Following the initial visit, an ideal diet was outlined for the patient to optimize protein, fat, and complex carbohydrates at each meal to support stable blood sugar and nutrient intake. We added more salt to her diet via a pinch of pink Himalayan Sea salt to her water and reduced water intake to half her body weight in ounces to avoid over-hydrating and the risk of losing electrolytes via urine.

To limit the hormonal influence on her system, we discussed removing endocrine disruptors from her diet and lifestyle through food, body care products, and other exogenous factors like water and utilizing an air purifier in her bedroom.

We also discussed lymphatic support through daily gentle walks and stretches, dry brushing 3x a week, and weekly use of castor oil packs targeting her liver and digestive organs.

Overall her digestive health was relatively healthy and stable, with no changes to pancreatic enzyme output and only slight inflammation seen via her elevated secretory IgA marker.

One main concern was patients’ lower fat output and low short-chain fatty acid constituents, chiefly butyrate, which is one of the most important for colonic cell health and regulation.

After three weeks of liver and GI support, the patient began the biofilm breakdown process outlined below:

The patient felt a strong die-off/ herxheimer reaction two weeks into the protocol, which she regarded as increased headaches, fatigue, muscle aches, and joint pain.

We addressed this by increasing water intake and bringing in a combination of dandelion and burdock root tea daily to support liver elimination.

The patients’ symptoms subsided, and she did not follow up again till the recommended eight weeks into the protocol.

The patient felt good overall; bowel movements had increased to 1-3 times daily and were very foul-smelling and mucus-filled.

At this time, the patient was told to continue biofilm protocol for two more weeks while starting the following antimicrobial supplements, then discontinue:

The patient had no worsening symptoms with food introduction and continued to notice an improvement in her gastrointestinal symptoms, rating her current improvement at 90%.

Her weight has stabilized with her gaining 4 pounds back, and her energy has picked up to a 7/10 daily.

The patient was told to stop the anti-candida supplements and begin supporting reinoculation through daily use of saccharomyces boulardii and bringing in a daily “gut drink” to support high prebiotic intake: ¼ cup 100% cranberry and pomegranate juice, one scoop of collagen powder, one scoop matcha green tea powder, and newly added one scoop of acacia powder to support akkermansia growth directly.

Pt was also told to begin a trial introduction of fermented foods like kimchi, sauerkraut, and miso to bring in live active cultures.

The patient was still doing well; bowel movements had remained steady, and there was no increase in symptoms following fermented food introduction.

A stool panel was provided and directed to perform after discontinuing saccharomyces boulardii for two weeks.

When dealing with chronic digestive issues accompanied by a long history of antibiotic use, the issue of biofilm formation must be addressed to help provide concrete and long-term results. Biofilm production is notorious for harboring hidden infections, leading to chronic issues deeper than digestive symptoms alone. While the patient saw a vast improvement in her digestive health with treatment, she also saw a slew of improvements to her POTS related symptoms that were plaguing her, helping her return to the active lifestyle a 21-year-old female should be living.

Stool
The GI Effects® Fundamentals profile provides a cursory evaluation of the overall health of the GI tract, including insights into digestion/absorption, inflammation/immune response, gut microbial metabolites, and potential dysbiotic or pathological organisms. This is the 1-day version of the test; it is also available as a 3-day test.
IBSSure
by
Vibrant Wellness

Blood Spot
The IBSSure is a simple blood test that detects two antibodies which are indicative of bacterial-pathogen-induced motility dysfunction, which can lead to increased incidence of SIBO. This is the blood spot version of the test. It is also available as a serum test. This test cannot be ordered for patients under 2 years of age.

Thanks for subscribing!
Oops! Something went wrong while submitting the form.
Dr. Kelsie Lazzell, ND, DC
,