Diane Had Mysterious Gut Problems That Wouldn't Get Better. Here's How She Found Relief 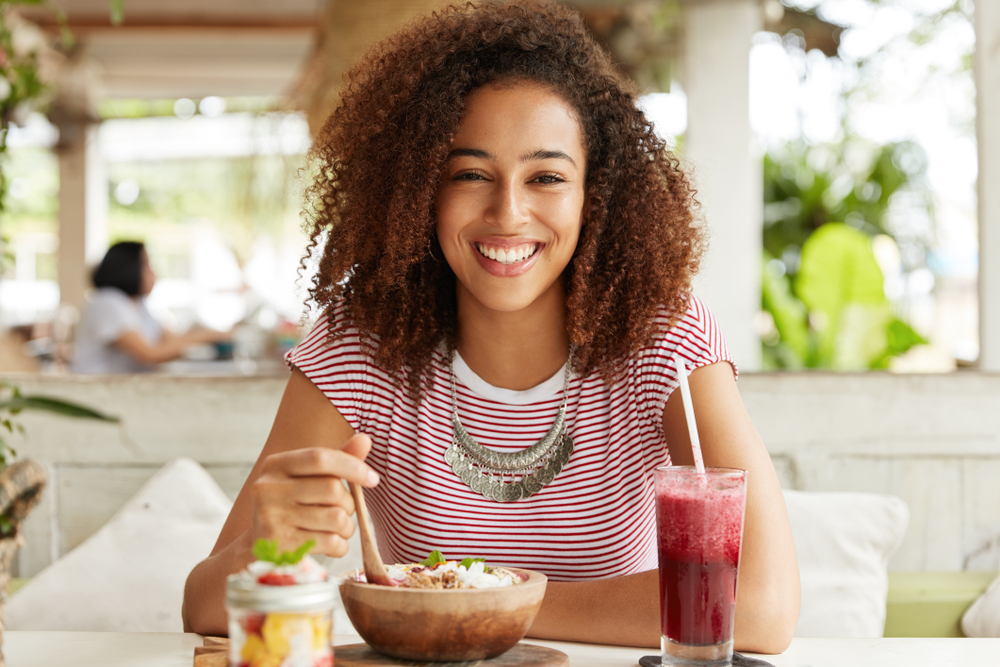 Gastritis is a condition in which the lining of the stomach becomes inflamed. It can be caused by various factors, including infections, autoimmune diseases, and irritation (via diet, medication use, alcohol, etc.). A common contributing factor in the U.S. is an H. Pylori infection, which affects 35% of adults. Acute gastritis (gastritis which comes on quickly) can be pretty common, affecting 8 out of 1,000 people, while chronic, long-term gastritis is less common. The risk of developing gastritis increases with age, and lifestyle factors, such as stress levels and nutrition, play a role in who develops the condition.

*Diane was a 42 yo female complaining of gastrointestinal symptoms, including bloating (no matter what she ate), stomach pain that often radiated to her back, acid reflux, and irregular bowel movements that alternated between constipation and diarrhea. Diane had been experiencing these symptoms for about 4-5 weeks, noting that they were getting worse as time went on. Around the time her symptoms began, Diane had caught a “stomach virus” that her kids came home from school with, and her digestive system hadn’t felt the same since. She frequently experienced stomach pain after eating, which she rated as a 6/10 on a VAS (Visual Analog Scale), and reported the pain would subside after an hour or two post-meal. She had been experiencing nausea for some days, and her food seemed to worsen.

Diane also felt she was bloated most of the time and that it progressively got worse as the day went on. In the past month, she had tried remedies, including Tums, Pepto-Bismol, Miralax, Ginger chews, drinking electrolytes, and bone broth. She had avoided acidic and spicy foods, including coffee, peppers, chocolate, and tomatoes, and had increased her water intake, though she didn’t feel that any of these things were helping her to feel better. A week before her initial consult, Diane had seen a gastroenterologist and had an upper endoscopy and routine blood work, which showed redness and irritation in the gastric lining and a small ulcer. Her routine blood work had been unremarkable. Diane was prescribed a PPI (proton pump inhibitor) and told to avoid spicy and acidic foods; she decided to investigate her symptoms further using functional medicine at this point.

Diane had a history of high-stress levels - she was a single working mom of 2 and owned an accounting firm, where she was responsible for ten employees. She reported a history of constipation “when she was stressed,” which she managed with Miralax or MagO2, an oxygenated magnesium supplement. During the last 5-6 years of her life, Diane had had recurring sinus infections 2-3 times per year, had started oral contraceptives to “regulate her periods,” and had disrupted sleep, which she attributed to her high-stress levels. Before that, her health history was unremarkable; she had a healthy childhood and no significant illnesses or symptoms until her mid-30s.

Around the time she went through a divorce six years ago, Diane started experiencing irregular menstrual cycles, which fluctuated in length (24-40 days), migraines in the week leading up to her period, abdominal weight gain, and painful cramping. It interfered with her daily life to the point where she had gone to see her OB-GYN, who prescribed birth control to alleviate her symptoms. Diane had been taking Yasmin (a combination oral contraceptive) ever since.

Diane’s diet included a lot of vegetables, fruit, red meat, rice, and legumes like lentils and beans. She didn’t eat many grains as they always made her feel bloated. She often snacked on different nuts and had a morning shake with collagen protein, almond butter, and berries almost every morning. She had 1-2 glasses of wine most nights but had removed these “for the most part” since she started experiencing her current symptoms about a month ago.

Diane used to be active, going to the gym 4-5 times per week, participating in tennis leagues, and walking daily. In the last few years, she admitted her high-stress levels and long work hours often made her unwilling to be active, though she was still walking daily.

Diane’s lab work points to a few core issues that are contributing to her gastritis, gastrointestinal symptoms, and stress-related symptoms:

Diane’s stool test showed low pancreatic elastase, indicating suboptimal digestive enzyme function and likely malabsorption. This can lead to issues with absorbing the nutrients from her food and contribute to symptoms like bloating as the body can’t properly break down food. Her test also showed elevated beta-glucuronidase levels, a marker linked to dysbiosis, higher circulating estrogens, and lower fecal excretion of estrogens in premenopausal women. Diane also had elevated calprotectin levels, which typically are correlated with inflammation within the gastrointestinal tract. Research suggests calprotectin may also be increased in cases of ongoing gastritis.

Diane also showed high growth of H. pylori spp. in both a breath test and stool test, indicating an infection in the stomach likely interfering with digestion and absorption and contributing to her gastritis symptoms. Additionally, she showed no growth of beneficial microbes such as the Lactobacillus and Bifidobacterium spp, indicating dysbiosis in her microbiome. An imbalanced microbiome can lead to bloating, constipation, inflammation, and a slower detoxification ability (1, 2).

Last, Diane also showed elevated zonulin levels, a biomarker that assesses the integrity of the gut lining. Zonulin is a peptide that plays a role in the structure and function of the tight junctions of the epithelial lining; these junctions are what allow different things to pass through the gut lining (4).

Diane’s labs showed low or borderline low levels of essential micronutrients, including vitamin D, zinc, magnesium, and ferritin (iron). These micronutrients are necessary for immune function and quelling inflammation, and ongoing gastrointestinal inflammation and malabsorption can cause these nutrients not to be absorbed well from the diet.

Diane had a moderately high omega-3 index as well as elevated CRP. These markers indicate ongoing inflammation in the body and can help gauge her progress over time.

Many of the foods Diane was eating as part of her current diet, such as spinach, beans, chickpeas, almonds, and cashews, all came back with high antibody levels on her food sensitivity panel. Continuing to eat these foods could contribute to systemic inflammation and her digestive complaints.

Diane’s cortisol levels remained low throughout the morning, and her cortisol remained high in the evening, likely contributing to poor sleep. This pattern could contribute to low energy levels, suboptimal immune function, and an overall lack of vitality throughout the day.

While Diane’s TSH and free T4 were within normal limits, her free T3 was low. T4-T3 conversion issues can occur when there’s dysbiosis in the gut and can contribute to subclinical thyroid symptoms, including fatigue, sleep problems, and constipation.

Over the course of three months, Diane implemented her nutritional, supplemental, and lifestyle changes with weekly coaching and support. By our in-depth follow-up at the end of three months, Diane’s bloating improved, and she had regular bowel movements almost daily. She no longer experienced abdominal pain (it had mostly resolved after the month of her plan). She wasn’t experiencing any nausea and felt that her gut symptoms were “completely gone.”

She was sleeping better once she established a good routine in the evenings. If she had a high-stress day, skipped her routine, and worked late instead, she found she didn’t sleep well on those nights. The addition of phosphatidyl serine had helped her sleep immensely at the start of month 2. We saw in her repeat labs that her cortisol patterns had also normalized.

While changing her nutrition took some getting used to, Diane was able to be pretty consistent with removing the foods that showed up in her testing. We started reintroducing foods in Month three and found that nuts caused her to feel bloated and have gas, so she decided to keep these out of her diet for another few months.

She felt that she had “pretty good” energy levels and had dropped ten pounds during our three months together, even though she wasn’t weighing herself regularly or “trying” to lose weight. Her Omega-3 index and CRP had dropped into the normal range, as had her free T3. She noticed she could move much better at the gym and enjoyed returning to her gym routine.

Her micronutrients had normalized after we dialed in her nutrition and supplementation.

Diane also had an endoscopy repeated at three months, resulting in improved results: no evidence of the small ulcer noted on her initial scope and markedly less redness and inflammation. Diane planned to have her comprehensive stool test completed at six months and start an investigation into her hormones, as she expressed interest in going off of oral contraceptives to continue strengthening her gut health.

While addressing Diane’s gastritis case, co-managing with her gastroenterologist allowed her to have a full support team that looked at her condition from different angles.

Addressing lifestyle factors that contribute to increased stress in the body and dysbiosis in the gut is essential in conditions like gastritis to prevent these conditions from becoming chronic or repetitive. This case demonstrates how powerful it can be to address gastrointestinal symptoms using an in-depth functional medicine approach.

At 24 Sara Had Extreme Fatigue and Overall Low Quality of Life. How One Functional Medicine Doctor Helped Her Get Her Life Back
How Amy Beat Chronic IBS After Suffering For 15 Years
How Ashley Became Migraine Free in Six Weeks With A Root Cause Approach
How Aileen Beat Her Seasonal Allergies By Fixing Her Gut
See All Magazine Articles