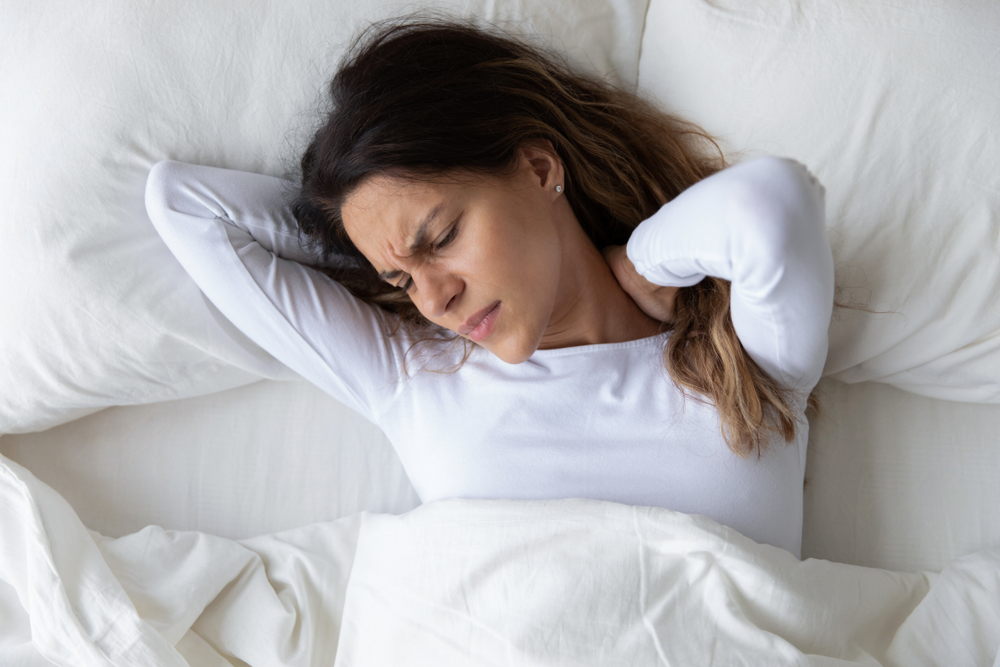 The CDC estimates that fibromyalgia affects approximately 4 million people. This condition causes pain all over the body, sleep problems, fatigue, and often emotional and mental stress (1). Alternative remedies such as nutrition, acupuncture, movement, psychotherapy, and herbs and supplements can be effective options for helping to improve fibromyalgia.

Fibromyalgia is a condition that causes pain and tenderness throughout the body, sleep problems, fatigue, and often emotional and mental stress. It is a chronic (long-lasting) disorder. People with fibromyalgia are thought to be more sensitive to pain than people without fibromyalgia. This is called abnormal pain processing. The condition can be more likely to occur in those with autoimmune diseases such as rheumatoid arthritis or lupus, but fibromyalgia is not an autoimmune disorder.

The most common signs and symptoms of fibromyalgia are pain and stiffness all over the body, fatigue and tiredness, depression and anxiety, sleep problems, problems with thinking, memory, and concentration, and headaches, including migraines. Other symptoms may include tingling or numbness in hands and feet, pain in the face or jaw, digestive problems such as abdominal pain, bloating, constipation, or even irritable bowel syndrome (1).

The cause of fibromyalgia is unknown, but there is evidence that fibromyalgia is caused by a phenomenon that causes dysfunction in nerve circuits, which changes the perception of pain and how the nervous system reacts to stimuli (3).

Other Factors That Could Be Contributing to Fibromyalgia

Research shows that the gut microbiome is altered in fibromyalgia patients. Altered small intestinal permeability was also reported in a cohort of fibromyalgia and complex regional pain syndrome patients.

Numerous nutrient deficiencies have been linked to fibromyalgia. While there is no general guidance on nutrient support for fibromyalgia patients, some nutrients are used to help chronic pain patients. These include:

Vitamin B12: There is a high prevalence of Vitamin B12 deficiency in patients presenting with ill-defined chronic pain and other non-specific sensory symptoms. Vit B12 is an easily correctable nutritional deficiency and should be measured in situations of chronic pain patients.

‍Vitamin D: Over the last decade, several researchers have found an association between deficient vitamin D levels and chronic, general pain. Vitamin D deficiencies were observed in 60% of the patients with fibromyalgia.

Magnesium: the most abundant mineral in the body, is used for over 300 biochemical reactions, yet most Americans are deficient! Magnesium is required for protein synthesis and muscle and nerve function. Magnesium activates vitamin D, which is also essential in vitamin D absorption. It regulates other minerals and aligns itself with nutrients to help complete many biochemical functions.

Omega-3 fatty acids: (EPA and DHA) are an essential type of fat critical in reducing inflammation in musculoskeletal and autoimmune conditions and relieving chronic pain. Omega-3s increase mineral absorption and have been effective for treating chronic pain.

Fibromyalgia symptoms can mask other illnesses, such as Lyme disease, Epstein Barr Virus (EBV), or Lupus.

Lyme disease is known as "the great imitator" because the symptoms can vary and overlap with other common health complaints, making the diagnosis difficult.

EBV is a chronic viral infection that can lay dormant until it is triggered. It is one of the most widespread viruses in the world, infecting over 90% of adults. EBV has been closely associated with some autoimmune conditions, including Lupus and Multiple Sclerosis.

Also known as the "the great imitator" because it mimics the symptoms of other conditions such as fibromyalgia, Lyme disease, and thyroid conditions.

Functional Medicine Labs to Test for the Root Cause of Fibromyalgia

When ordering and interpreting functional medicine labs, it is important to order labs that will help determine the root cause of symptoms and interpret the results with optimal values.

Optimal values are a narrow range of lab values, meaning anything outside those values tends to show patterns toward disease progression. Functional medicine providers can then catch these markers early on and have a chance at reversing or stopping disease progression altogether.

Checking a comprehensive stool panel is important in identifying gut imbalances, infections, and changes in digestion. These results can help provide an individualized approach to the patient's gut health, reducing systemic inflammation.

In this study, SIBO (small intestinal bowel overgrowth) was associated with fibromyalgia in 78% of the 815 subjects, and eradication of SIBO improves gastrointestinal symptoms.

‍Micronutrient deficiencies can contribute to symptoms of fibromyalgia and chronic pain.

Ruling Out Other Diseases

It may be helpful to rule out other chronic diseases that mimic fibromyalgia. These may include Lyme disease, Epstein-Barr Virus, and Lupus.

Complementary and Alternative Treatments for Fibromyalgia

‍Certain dietary changes may help the symptoms associated with fibromyalgia. Evidence shows that adopting an anti-inflammatory diet such as the Mediterranean diet shows promise in treating chronic pain conditions. A diet rich in vitamins and nutrients could also help boost energy throughout the day.

After years of conclusive evidence, acupuncture is now being utilized in larger hospitals like the Cleveland Clinic, Harvard Health, Duke Health, and Mayo Clinic for chronic pain patients.

Acupuncture is an effective treatment for chronic pain. Treatment effects of acupuncture persist over time and cannot be explained solely in terms of placebo effects. Research now suggests that referral for acupuncture treatment is a reasonable option for a patient with chronic pain.

In 2017, a study showed that emotional awareness and expression therapies could positively impact pain symptoms in individuals with fibromyalgia.

Fibromyalgia clinical studies have been launched to understand more alternative treatments that could aid in relieving symptoms of fibromyalgia. Some of the most current research is on acupuncture trigger points, Kinesio tape, fecal analysis, and radial shock waves. Still, more research is needed in these areas.

Fibromyalgia affects 4 million people worldwide. This is a significant problem, as it affects an individual's quality of life and ability to function. Research is continuously being performed to find definite causes of fibromyalgia so that effective treatments can be provided.

From a functional medicine perspective, we can identify root causes of chronic pain through lab testing and encourage alternative and complementary remedies such as pain management techniques, exercise, and nutrition changes. Some supplements have been shown to alleviate fibromyalgia symptoms, and more research is underway.

Urine
Whole Blood
Serum
The NutrEval® FMV evaluates a variety of antioxidants, vitamins, minerals, fatty acids, and other biomarkers to determine nutritional deficiencies and imbalances. This test cannot be ordered for patients under 2 years of age.
EBV Panel
by
BioReference Laboratories

Whole Blood
The IgXSpot test is an enzyme–linked immunospot assay that detects human T cells reactive to Borrelia/pathogen–specific antigens in vitro. It is recommended for detection of very early and/or late Borrelia/pathogen infection and in seronegative patient’s whole blood samples. When combined with Lyme ImmunoBlot tests, this test provides information on the full spectrum of a patient’s immune response to infection and stage of disease.
SIBO - 2 Hour
by
Genova Diagnostics

Breath
The 2-hour SIBO assessment is a non-invasive test that evaluates bacterial overgrowth of the small intestine. This test is also available as a 3-hour assessment.
GI-MAP
by
Diagnostic Solutions

Thanks for subscribing!
Oops! Something went wrong while submitting the form.
Virginia Conner
,
MPAS, PA-C
Functional Medicine Physician Assistant
Order from 25+ labs in 20 seconds (DUTCH, GPL, Genova & More!)
We make ordering quick and painless — and best of all, it's free for practitioners.
Sign up free
Browse the lab catalog