A Root Cause Medicine Approach
|
September 6, 2022

How To Increase Your Serotonin Levels Naturally 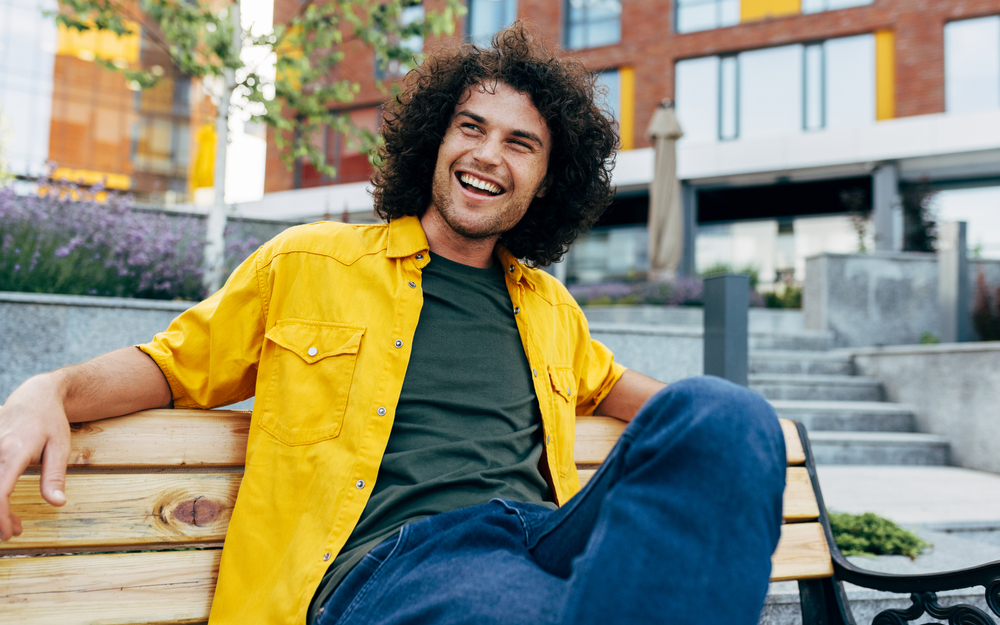 As we learned in the first part of our series, neurotransmitters, in general, act as chemical messengers in the body that help neurons communicate with each other and can influence everything from mood to cravings to our sleeping patterns. Serotonin is one of the most well-known neurotransmitters in the functional medicine world. Often referred to as "the happy hormone," but as you are about to learn, serotonin influences much more than our mood.

Serotonin, also known as 5-hydroxytryptamine (5-HT), is an inhibitory neurotransmitter that plays a role in emotion, mood, digestion, appetite, and sleep; it also acts as a hormone. It is secreted by neurons of the brainstem and neurons that innervate the GI tract, which is why you might have experienced a "nervous stomach" or "butterflies in your tummy."

Roughly 95% of serotonin is found in the cells that line your gastrointestinal tract and is released into your blood circulation, while about 10% is produced in your brain. It is made from the essential amino acid tryptophan (1).

The accumulation of excessive life stressors, combined with the inability to mitigate prolonged periods of stress, can negatively impact serotonin levels throughout the body. Inadequate sunlight and lack of exercise have also been shown to increase stressors in the body and lower serotonin production.

Environmental toxins such as heavy metals, pesticides, drug use, and prescription drugs can cause permanent damage to the nerve cells that make serotonin and other neurotransmitters. (5).

Certain drugs and substances such as caffeine, alcohol, nicotine, NutraSweet, antidepressants, and some cholesterol-lowering medications deplete serotonin and other neurotransmitters.

Antidepressants block serotonin's reuptake back into serotonin neuronsprescription. Monitoring serotonin levels when on any medications is crucial.

Hormonal shifts, such as during pregnancy, menopause, or beginning and stopping oral contraceptives, and our monthly menstrual cycle (as serotonin levels are lowest two weeks before your period, known as the luteal phase), can all influence levels of serotonin throughout the body.

Impaired absorption and breakdown of food reduces our ability to build serotonin. Neurotransmitters require specific vitamins and minerals called "cofactors," as well as carbohydrates, to be converted into serotonin.

Research has shown that the absence of carbohydrates over extended periods can prevent tryptophan from entering the brain, a precursor needed for conversion into serotonin (6).

Poor quality sleep plays a role in low serotonin levels, as serotonin is needed to make melatonin (which regulates your sleep). Therefore, serotonin levels might also be low when sleeping patterns are inconsistent or poor.

An exciting area of research that continues to grow is the role of neuroinflammation and its impact on mood disorders, such as anxiety and depression, which ultimately can impact serotonin levels. This research focuses on the role of the kynurenine pathway and serotonin imbalances. Tryptophan should be converted into serotonin; however, if there are excessive amounts of inflammation, these inflammatory cytokines can cause tryptophan not to be converted to serotonin but rather to be diverted down a different pathway known as the Kynurenine Pathway (KYN) (2).

Upon activation, the kynurenine pathway takes available tryptophan (the precursor of serotonin) away from serotonin production and begins to break it down into neurotoxic kynurenine metabolites, which include 3-hydroxykynurenine and quinolinic acid, which have a toxic influence on the central nervous system, leading to symptoms of depression and anxiety (3, 4).

A level might be low relative to the "normal" range of other neurotransmitters, making symptoms worse and even masking deeper rooted issues. A functional medicine approach looks at optimal test results values to help determine the diagnosis's exact root cause.

The Neurotransmitters + Micronutrients test analyzes the status of neurotransmitters, their precursors, and their derivatives, which allows the patient and the practitioner to take a more holistic approach to treat imbalances.

Another option is the Comprehensive Stool Test, as our gut bacteria play a significant role in the production of neurochemicals such as serotonin.

Retesting these levels every 90 days is considered standard to see if functional medicine protocols need to be adjusted.

Functional medicine treatment options focus on the root cause of lower serotonin levels and modify dietary and lifestyle factors based off of lab results to positively influence serotonin levels throughout the body.

Stress reduction and exposure to natural bright light can help support serotonin levels by helping to regulate the circadian rhythm and balance hormones such as melatonin and support healthy sleeping patterns, which can play a role in mood regulation (9).

To make serotonin, the body needs tryptophan, which converts into 5-HTP, with the help of various cofactors such as B6, Magnesium, Vitamin C, Zinc, Iron, and B-9, therefore including foods that are rich in these nutrients is a great way to support serotonin levels.

Vitamin D3 and Omega-3 fatty acids can help to normalize serotonin levels by helping to regulate the conversion of tryptophan into serotonin (13).

Focusing on dietary changes such as including quality protein, getting enough carbohydrates in the diet, and incorporating serotonin-supporting foods such as salmon, eggs, turkey, chicken, pineapple, bananas, potatoes, strawberries, sunflower seeds, and wild rice is a wonderful natural option (8).

Based on lab results, supplementation with serotonin precursors such as 5-HTP, L-theanine, and specific probiotic strains such as Lactobacillus Brevis, Bifidobacterium dentium, and Lactobacillus Plantarum can help influence the production of serotonin (10).

High serotonin levels can be referred to as Serotonin Syndrome and manifest as restlessness, agitation, diarrhea, confusion, and muscle twitching. This can be caused by medications that build up high levels of serotonin in the body, such as antidepressants, opioids, and certain migraine medications (11).

Increased Risk of Serotonin Syndrome is Possible if a Patient:

High levels of serotonin may be associated with health issues such as:

As stated earlier, high levels of any molecule or nutrient in the body are generally a myopic view of trying to figure out what is going on from a more holistic perspective. Therefore it is a good idea to use the same tests which assess low levels when looking at high levels of serotonin.

The Neurotransmitters + Micronutrients test is one of the most comprehensive tests for assessing neurotransmitter function and levels. This test analyzes the status of neurotransmitters, their precursors, and their derivatives, which allows the patient and the practitioner to take a more holistic approach towards treating imbalances.

Some individuals with the MTHFR genetic mutation may have a tendency to overproduce serotonin, leading to excessive amounts in the brain. They may also have higher blood levels of copper and lower levels of zinc.

When we see high serotonin levels, this can be due to a drug reaction. Generally, it is caused by medications that can lead to a build-up of increased serotonin levels in the body; therefore, the first step would be working with your doctor to look at the current dosage and combinations of medications if you have started taking any new drugs or medications.

Many dietary and lifestyle factors can positively influence serotonin levels throughout the body, such as exercise, diet changes, and identifying imbalances in neurotransmitter levels and metabolites through various functional medicine labs.

Urine
The Neurotransmitters test analyzes the status of neurotransmitters, their precursors, and their derivatives to determine imbalances.
Neural Zoomer Plus
by
Vibrant Wellness

Serum
The Neural Zoomer Plus expands upon the Neural Zoomer to assess an individual’s reactivity to 48 neurological antigens, which may have connections to a variety of neurologically related diseases. This is the serum version of the test. It is also available as a blood spot test. This test cannot be ordered for patients under 2 years of age.
Micronutrient Test
by
SpectraCell Laboratories

Whole Blood
The SpectraCell Micronutrient Test analyzes over 30 vitamins, minerals, and other nutrients to determine nutritional deficiencies. It also analyzes the performance and functional deficiencies of these micronutrients. This test is not recommended for patients under 18 years of age.
MTHFR
by
Cell Science Systems

Swab
This is a single-marker test measuring MTHFR. *This is the swab version of the test. It can also be ordered as a whole blood sample.*

Thanks for subscribing!
Oops! Something went wrong while submitting the form.
Dr. Brianna Diorio
,
PhD, FDN
Order from 25+ labs in 20 seconds (DUTCH, GPL, Genova & More!)
We make ordering quick and painless — and best of all, it's free for practitioners.
Sign up free
Browse the lab catalog