Anxiety, GI Discomfort, Irritability, And Poor Memory Are All Signs Of These Neurotransmitter Imbalances 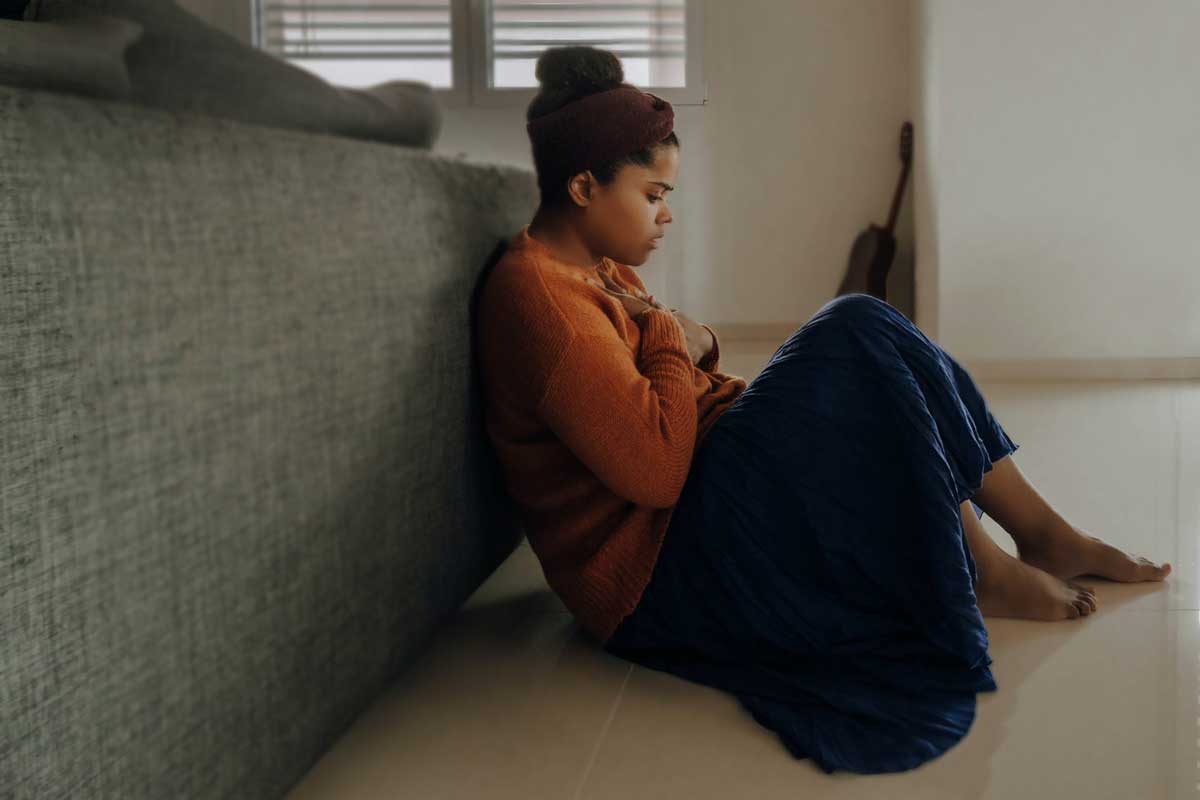 Have you ever wondered how your body gets so many things done without you having to tell it what to do? Or perhaps, despite your best efforts, you can't seem to understand your mood swings?

Neurotransmitters are the common denominator in all of the above health scenarios, as they play a pivotal role in various brain, nervous systems, and physiological functions throughout the body.

The main unit of communication in the nervous system is nerve cells, also referred to as neurons; neurons, however, cannot make direct contact with one another. Therefore neurotransmitters play a pivotal role in cell-to-cell communication. Neurotransmitters act as chemical messengers in the body to help nerve cells (or neurons) transfer information and communicate with one another. These chemical molecules are synthesized within brain cells and used by the nervous system to help nerve cells send signals to various target cells throughout the body (1).

Neurotransmitters diffuse across a tiny gap between neurons, known as a synapse, and are released from a synaptic vessel into the synapse by neurons (2). Each neurotransmitter attaches to a specific receptor, which then triggers an action in a targeted cell that can regulate automatic functions such as heart rate, breathing, digestion, concentration, memory, mood, pleasure, fear, happiness, sleep patterns, and appetite.

Inhibitory neurotransmitters include serotonin, GABA, and glycine. These can be more calming, anxiolytic, and sedative in nature. They decrease the action potential and prevent chemical messages from being passed along any further, thus resulting in an inhibitory effect on the neurons.

Excitatory neurotransmitters include glutamate, acetylcholine, histamine, dopamine, epinephrine, and norepinephrine and enhance the effect (or "excite") of the neurons. They prompt one neuron to share information with the next neuron through an electrical current, known as an action potential, which increases the likelihood that the neuron will fire and have an excitatory effect. These can be more stimulating and energizing in nature.

Since one of the main functions of neurotransmitters is to transmit signals from nerve cells to target cells found in muscles, glands, and other nerves, imbalances can manifest in irregular sleep cycles, digestion, mood, concentration, appetite, and heart rate.

Alterations in levels of specific neurotransmitters have been found in various neurological disorders, including depression, anxiety, Parkinson's disease, schizophrenia, and Alzheimer'sAlzhimer's disease (4).

Serotonin, also known as 5-hydroxytryptamine (5-HT), is an inhibitory neurotransmitter that plays a role in emotion, mood, digestion, appetite, and sleep; it also acts as a hormone. It is secreted by neurons of the brainstem and neurons that innervate the GI tract, which is why you might have experienced a "nervous stomach" or "butterflies in your tummy." Roughly 95% of serotonin is found in the cells that line your gastrointestinal tract and is released into your blood circulation, while about 10% is produced in your brain. It is made from the essential amino acid tryptophan (5).

Low serotonin levels have been linked to mood issues such as anxiety and depression, poor sleep, and slow wound healing, as it is released by platelets in your blood to help heal wounds. Serotonin is needed to make melatonin, which regulates your sleep. Therefore when sleep quality is poor, serotonin levels might also be low (6).

Low serotonin levels can also lead to stomach issues such as constipation, slow peristalsis, bloating, and general GI discomfort, as serotonin can stimulate the production and release of gastric mucus secreting on the intestines and inhibit gastric acid secretion.

High serotonin levels can be referred to as Serotonin Syndrome and manifest as restlessness, agitation, diarrhea, confusion, and muscle twitching. This can be caused by medications that build up high levels of serotonin in the body, such as antidepressants, opioids, and certain migraine medications (7).

High serotonin levels may be associated with panic disorders and social anxiety, as some research suggests that an overactive serotonin system can influence fear centers in the brain, leading to anxiety symptoms (8).

GABA (gamma-Aminobutyric acid) is the most common inhibitory neurotransmitter in the central nervous system that plays a role in mood and emotions, as well as feelings of relaxation and calmness. GABA can enhance sleep cycles. GABA is said to play a role in being able to control the hyperactivity of nerve cells that have been associated with stress, fear, and anxiety. There are two forms of GABA receptors, GABA A and GABA B, which help decrease nerve cell responsiveness. GABA can decrease Beta brain waves, which play a role in attention, alertness, and concentration, and increase Alpha brain waves, which are associated with a relaxed state (12).

Low levels of GABA have been associated with mood disorders such as anxiety and depression, insomnia, irritability, and restlessness. Glutamate is the precursor to GABA. For glutamate to be broken down, it requires B6 (through an enzyme called glutamate decarboxylase); therefore, having low levels of B6 may also be linked to issues with GABA levels.

Excessive amounts of GABA have been linked to excessive sleepiness. A healthy brain should maintain a balance of GABA and glutamate, so having excessive amounts is less common. GABA does not readily cross the blood-brain barrier, so it is generally very safe when taken.

Dopamine can have both excitatory and inhibitory effects and is involved in reward, anticipation, motivation, alertness, focus, mood, memory, addiction, and lactation. Dopamine also acts as a hormone and is one of our main catecholamines (made by the adrenal glands), which are released into the body in response to stress. As a hormone, dopamine can play a role in the fight-or-flight response and cause blood vessels to vasoconstrict or vasodilate (9).

It is often referred to as the "pleasure" hormone and is part of the reward system. This means dopamine is released when you are doing things that bring you pleasure (as a reward), but also in anticipation of doing something that brings you joy, which can subsequently cause you to seek out more of that feeling, leading to the addiction cycle.

Both high and low dopamine levels have been associated with ADHD, Schizophrenia, Parkison's disease, and restless legs syndrome.

Low dopamine levels can manifest as feeling tired, unmotivated, and mood swings, as well as experiencing problems with concentration, memory, and sex drive. Loss of balance or coordination, hand tremors, and muscle cramps (as seen many times in Parkinson's disease) are symptoms of low dopamine levels. Social withdrawal, lack of interest/motivation, issues with managing daily tasks, being impulsive, and lacking organizational skills can also be associated with low dopamine levels (10).

Magnesium and tyrosine are two key building blocks for dopamine production. Therefore if you are deficient in these nutrients, dopamine levels may remain lower.

Both are excitatory neurotransmitters and a hormone that can increase levels of alertness and wakefulness. They are produced by the brainstem, hypothalamus, and adrenal glands, have a stimulating effect on the body and are part of the fight or flight response (13).

Acetylcholine levels tend to decline as we age; therefore, excessive amounts of acetylcholine are not typically seen. Since acetylcholine plays a role in skeletal muscle contractions, excess levels may cause jitteriness, tension, muscle cramps, and nausea (17).

*Fun Fact: Acetylcholine is at its strongest both during REM (rapid eye movement) sleep and while you are awake. Your brain gathers information while awake and then sets that information as you sleep. So if you study or learn new information in the hours before bed, "sleeping on it" can help you remember it.

Low levels of glutamate have been linked to learning and memory issues, as well as issues with concentration, mental exhaustion, and general low energy (20). ADHD symptoms of not being able to focus and feelings of restlessness have been linked with low glutamate levels. Glutamate supplements do not exist. Therefore if you want to raise levels, lifestyle factors such as exercise or precursors such as lysine, theanine, and glutamine may be helpful.

Neurotransmitter testing is available. For a complete overview of neurological testing, we suggest the neurotransmitter test + the neural zoomer plus to guide providers in treatment protocols by pinpointing the mechanisms behind disease progression and providing a roadmap to solutions and improved health outcomes.

Another option is the NeuroAdvanced Profile. This is an easy-to-do at-home test where patients collect urine on a strip over 24 hours. The sample report offers detailed potential therapeutic considerations that are easy to read for both providers and patients alike.

Neurotransmitters act as chemical messengers in the body that play a pivotal role in the ability of neurons to communicate with each other. They can influence everything from mood, motivation, and learning, to appetite, sleeping patterns, and heart rate. Neurotransmitters can be affected by our genetics, lifestyle, nutrient imbalances, stress, inflammation, and other chemical messengers in the body.

They are essential for nervous system regulation and integral to our everyday functioning; therefore, it is important to learn how your neurotransmitters may influence your overall health.

Stay tuned for a more detailed overview of each of these neurotransmitters and a functional medicine approach to treating imbalances.

Blood Spot
The Neural Zoomer assesses an individual’s reactivity to neurological antigens, which may have connections to a variety of neurologically related diseases. This is the blood spot version of the test. It is also available as a serum test. This test cannot be ordered for patients under 2 years of age.
Neurotransmitters
by
Vibrant Wellness

Urine
The Neurotransmitters test analyzes the status of neurotransmitters, their precursors, and their derivatives to determine imbalances.
Neural Zoomer Plus
by
Vibrant Wellness

Blood Spot
The Neural Zoomer expands upon the Neural Zoomer to assess an individual’s reactivity to 48 neurological antigens, which may have connections to a variety of neurologically related diseases. This is the blood spot version of the test. It is also available as a serum test. This test cannot be ordered for patients under 2 years of age.
Neurotransmitter Panel
by