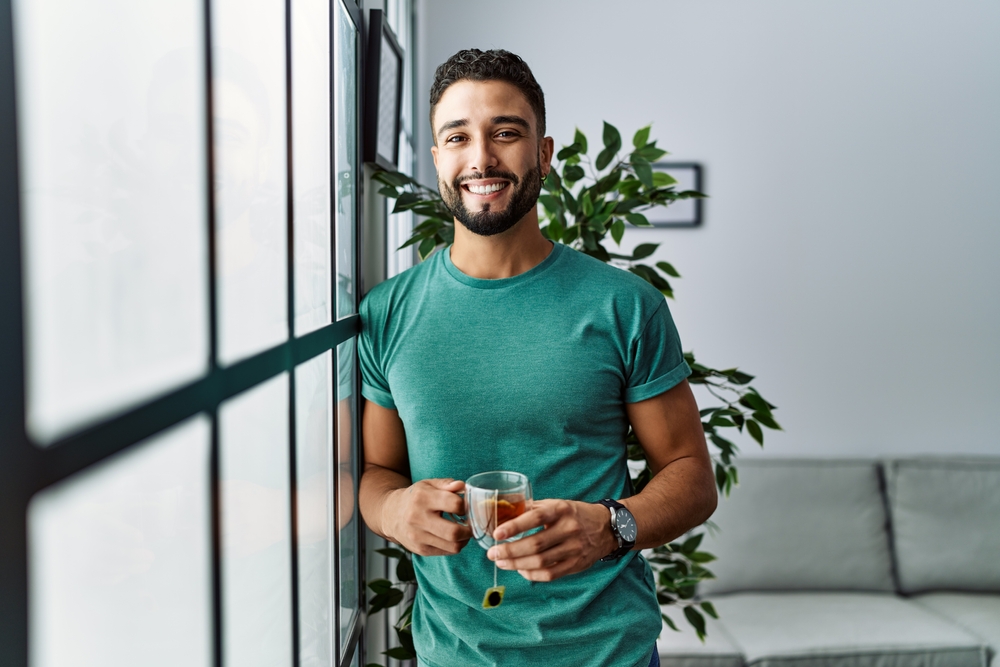 GABA (gamma-Aminobutyric acid) is the most common inhibitory neurotransmitter in the central nervous system that plays a role in mood and emotions, as well as feelings of relaxation and calmness, and can enhance sleep cycles.

GABA is often referred to as an amino acid neurotransmitter due to its structure of an amino acid; it is synthesized from another amino acid, glutamate, in a reaction catalyzed by the enzyme glutamic acid decarboxylase. GABA neurons are located in many areas of the brain, such as the hippocampus, thalamus, basal ganglia, hypothalamus, and brainstem.

You can think of GABA as your calming neurotransmitter (sometimes even referred to as nature's Valium, although that is quite a stretch) that helps to slow down the brain, specifically by influencing specific physiological actions and signals in the central nervous system.

What Is GABA's Role in the Body?

The function of GABA acts primarily as an inhibitory neurotransmitter. When GABA interacts with a neuron's receptor, it can make the neuron less likely to fire an action potential, which is the electrical activity that sends signals throughout the body (3).

GABA is said to play a role in being able to control the hyperactivity of nerve cells that have been associated with stress, fear, and anxiety. GABA is also involved in regulating blood pressure and rate and can play a role in the perception of pain and anxiety (4).

Since GABA is an inhibitory neurotransmitter, its mechanism of action is through the prevention and/or blocking of various chemical signals and by decreasing the stimulation of various nerve cells in the brain.

GABA is located throughout the GI tract and is found in the enteric nerves and endocrine-like cells, which explains how GABA works as a neurotransmitter and an endocrine mediator that can influence GI function. Recent research suggests that the gut microbiota, specifically Bifidobacterium adolescentis strains, can produce GABA, influencing the gut-brain axis response. (4, 5).

When GABA B receptors modulate neurotransmitter release via synapses by decreasing a calcium channel influx. When they are activated, they can result in the opening of potassium channels, which allow positively charged potassium ions to flow out of the neuron, which results in the neuron being less likely to fire an action potential and reduce neural transmission. GABA B receptors have been found in the gut, the muscles, epithelial layers, and the enteric nervous system, which explains GABA's role in intestinal mobility, transit time, and gastric acid secretion (6).

Nutrient deficiencies, partial B vitamins and other amino acids from the diet, and prolonged stress (which can deplete B Vitamins) may result in low GABA levels. Low levels of GABA have been associated with mood disorders such as anxiety and depression, insomnia, irritability, and restlessness.

Glutamate is the precursor to GABA. For Glutamate to be broken down, it requires B6 (through an enzyme called glutamate decarboxylase); therefore, having low levels of B6 may also be linked to issues with GABA levels (8).

Glutamine is a precursor in synthesizing GABA. Therefore, ensuring sufficient glutamine levels is important for GABA. Another amino acid, Theanine, can play a role in altering glutamate transport, which can help to increase GABA levels. Theanine can be found in green tea, black tea, and even small amounts in porcini mushrooms. (17, 18).

What Medical Conditions Are Associated with Low GABA?

Individuals with lower GABA levels, or issues with GABA homeostasis, may be more likely to experience dependency, tolerance, and other symptoms of alcohol withdrawal, as alcohol works by potentiating (or increasing the effectiveness) the GABA-A receptors.

Imbalances in GABA levels may also result in tremors and epileptic disorders, primarily due to the death of GABA neurons in the cerebellum (which deals with maintaining coordination, balance, tone of the body, and movements) or imbalances in the glutamate-GABA balance (6).

Assessing lower levels of GABA can be done through the Neurotransmitters + Micronutrients test, which is one of the most comprehensive tests to evaluate neurotransmitter function and levels. This test analyzes the status of neurotransmitters, their precursors, and their derivatives, which allows the patient and the practitioner to take a more holistic approach to treating imbalances.

Muscle relaxants, sedative drugs, and mood stabilizers can work on GABA receptors. Other medications such as Gabapentin can indirectly enhance the action of GABA throughout the body and can work on nerve pain, spasms and seizures.

1. Since GABA is synthesized from glutamate via a reaction catalyzed by the enzyme glutamic acid decarboxylase that requires Vitamin B6 as a cofactor, ensuring adequate levels of B vitamins is essential for overall neurotransmitter health.

2. Magnesium is also important, as it binds to GABA receptor sites and may increase its effectiveness (3).

3. Exercise can also influence GABA levels via the blood-brain barrier and nitric oxide (NO) pathway. In adults, GABA has very minimal uptake rates into the brain tissue. However, nitric oxide seems to be able to increase blood-brain barrier permeability to GABA (10, 11). Yoga, in particular, can also be beneficial for increasing GABA levels in the brain, as well as mediation (12).

4. Alcohol interacts with and modifies the function of GABA-A receptors. While alcohol and drugs can temporarily activate GABA in the brain, it is vital to minimize the consumption of alcohol and drugs in general for the overall balance of GABA levels (13).

5. Since a large amount of GABA receptors are found in the amygdala and hippocampus, it is also important to modulate the activation of the limbic system. Getting enough sleep, managing stress, and practicing mindfulness can all be great ways to support the amygdala and GABA relationship (14).

There are likely GABA imbalances, as opposed to solely elevated levels of GABA. Stress and excessive alcohol use may increase GABA levels, resulting in mood disorders and mania. Lack of sleep and poor diet can also lead to GABA dysfunction (15).

What Medical Conditions are Associated with High GABA?

A healthy brain should maintain a balance of GABA and glutamate, so having excessive amounts is less common. GABA does not readily cross the blood-brain barrier, so it is generally very safe when taken.

With that being said, excessive amounts of GABA have been linked to excessive sleepiness and idiopathic hypersomnia (IH), which is a condition that can manifest as daytime sleepiness coupled with excessive feelings of unrefreshing sleep (3).

Assessing higher levels of GABA can be done through the Neurotransmitters + Micronutrients test, which is one of the most comprehensive tests to evaluate neurotransmitter function and levels. This test analyzes the status of neurotransmitters, their precursors, and their derivatives, which allows the patient and the practitioner to take a more holistic approach to treating imbalances.

Another option is the Comprehensive Stool Test, as our gut bacteria play a role in the production of neurochemicals such as GABA. The GI-MAP test uses qPCR technology to measure a variety of gastrointestinal microbiota DNA, microbial imbalance, and inflammation.

Since Glutamate stimulates GABA and is the precursor of GABA, it is vital to balance both of these neurotransmitters, as GABA can be turned back into glutamate as needed by the body.

If GABA levels are elevated, it is likely due to excessive use of Benzodiazepines or excessive consumption of alcohol. Therefore reducing the intake of these contributors may help lower and balance GABA levels.

Focusing on anything that may disrupt the glutamate-GABA balance is essential. Stress can play a role in elevating glutamate levels. Therefore modulating and supporting the stress response is important for keeping healthy GABA levels. (16).

As GABA is the body's main inhibitory neurotransmitter in the central nervous system, it plays a role in mood and emotions, as well as feelings of relaxation and calmness, and can enhance sleep cycles. GABA neurons are located in many areas of the brain, such as the hippocampus, thalamus, basal ganglia, hypothalamus, and brainstem. GABA is also located through the GI tract, is found in the enteric nerves, and can influence the enteric nervous system, also known as the gut-brain axis. Normalizing and balancing GABA levels is essential for overall relaxation and mood support.