What is The Candida Diet? 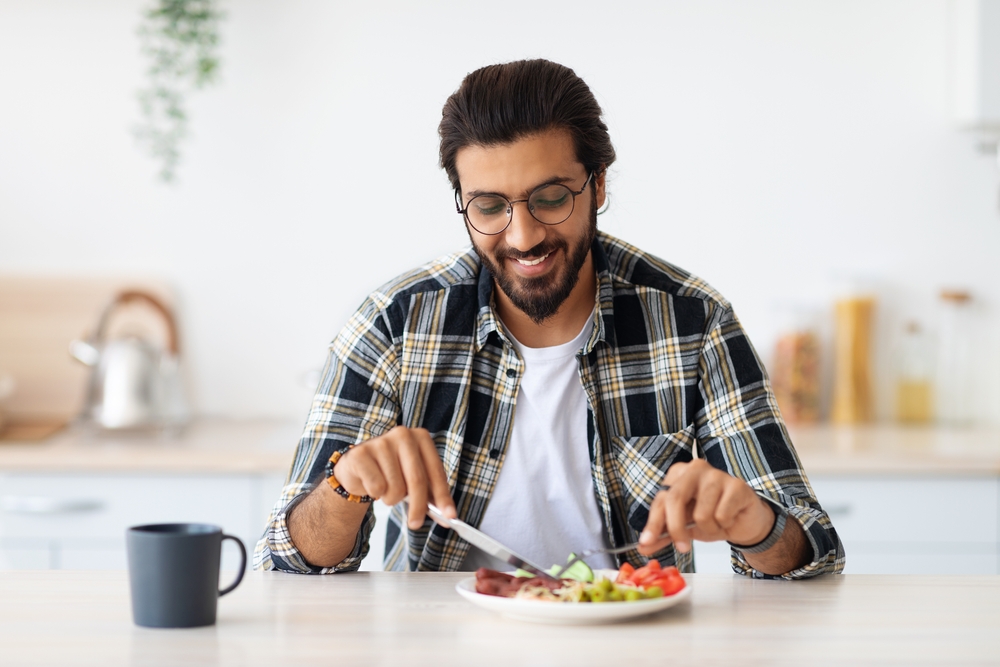 Candida is a yeast (a type of fungus) present in small amounts in the mouth, skin, and intestines. In a normal, healthy state, our microbiome and immune system control the balance of Candida.

Sometimes, the naturally occurring Candida in our bodies overgrows and causes an infection called candidiasis. Common Candida infections are oral thrush and vaginal yeast infections. Antibiotic or steroid use (e.g., inhaled steroids for asthma or prednisone for an inflammatory disease) are two well-known causes associated with developing candidiasis.

Recently, there has been interest in studying Candida overgrowth in the small intestine. This overgrowth condition is known as small intestinal fungal overgrowth (SIFO) and has been associated with IBS-like symptoms and inflammatory bowel disease.

Scientific research has shown that high Candida abundance in the gut is strongly associated with the consumption of carbohydrates. Therefore, in addition to dysbiosis, a cause of fungal overgrowth may be a diet high in refined sugars and low-quality carbohydrates, such as the Standard American Diet.

Some people try an anti-Candida diet to treat gastrointestinal symptoms of Candida overgrowth. The Candida Diet is a low-sugar, anti-inflammatory diet that aims to eliminate Candida overgrowth in the gut and rebalance the microbiome.

When Candida overgrows, it can lead to health issues and cause a range of symptoms:

Candidiasis that develops in the mouth or throat is called oral thrush. People with oral thrush typically develop white patches on their tongue, inner cheeks, or throat.

People with removable dentures or poor denture hygiene are at an increased risk of developing a condition called denture stomatitis, which is associated with Candida overgrowth.

1 in 5 women has Candida in their vaginal tract without having any symptoms. However, an overgrowth can lead to candidiasis of the vagina, also known as a yeast infection. Symptoms of vaginal candidiasis include itching, discharge, uncomfortable urination, and pain during sexual intercourse.

Candida is typically present on the skin as a harmless commensal organism. Changes in the skin condition, such as excessive moisture or the skin rubbing together, can lead to an overgrowth of Candida called cutaneous candidiasis or intertrigo. Itching and rash are the two most common symptoms of candidiasis of the skin.

Out-of-balance fungal organisms in the intestine cause small intestinal fungal overgrowth (SIFO). Candidiasis is a type of SIFO that leads to symptoms like bloating, indigestion, belching, nausea, diarrhea, and gas. Overgrowth of Candida is associated with several gastrointestinal tract diseases, including ulcerative colitis and Crohn's disease.

There is ongoing controversy about the link between Candida and fatigue, especially chronic fatigue syndrome. Most reports identifying a link between Candida and fatigue are anecdotal or case reports. However, researchers from Sweden found a significantly higher number of Candida organisms in fecal samples from patients with chronic fatigue syndrome when they were actively ill versus being in remission.

If a Candida infection reaches the bloodstream, it can infect the joints and cause arthritis. The symptoms are pain, stiffness, and joint swelling, which often affects the hips and knees.

The most severe form of Candida infection occurs when it gets into the bloodstream and causes systemic illness that can lead to death.

What is The Candida Diet

The Candida Diet or "cleanse" is an anti-inflammatory diet that aims to eliminate sugars, as these may enable Candida overgrowth. The diet includes low-sugar fruits, non-starchy vegetables, non-glutenous grains, some fermented foods, and dairy products.

The Candida Diet limits the consumption of gluten, as scientific evidence shows that glutenous foods can create health issues, even in individuals who do not have celiac disease.

The Candida Diet is also anti-inflammatory. Avoiding inflammation is one of the keys to restoring gut health and limiting Candida overgrowth. That's why the diet avoids processed meat, soda, and processed oils and instead encourages the consumption of anti-inflammatory and fermented foods.

How Long Should You Do The Candida Diet?

There is no specific duration for the Candida Diet. The diet's proponents claim that people may experience relief in a matter of weeks, while others may require many months to see a positive effect. Some may need to eliminate refined carbohydrates, alcohol, and sugar permanently to prevent the return of Candida overgrowth.

Before starting the Candida diet, individuals should talk to their healthcare provider or certified nutritionist.

Is There Any Way To Test For Candida Overgrowth?

There are different tests to evaluate Candida overgrowth.

Candida is usually part of our normal microflora, but overgrowth is associated with gut inflammation and chronic digestive problems. The Candida Diet was designed to improve gut health by reducing inflammation and restoring a balanced microbiome. There are lab tests to assist you and your healthcare provider in confirming a diagnosis of Candida overgrowth and developing an individualized treatment plan.

Breath
The 3-hour SIBO assessment is a non-invasive test that evaluates bacterial overgrowth of the small intestine. This longer test is recommended for patients with slower gastrointestinal transit or constipation.
GI Effects® Fundamentals - 1 day
by
Genova Diagnostics

Stool
The GI Effects® Fundamentals profile provides a cursory evaluation of the overall health of the GI tract, including insights into digestion/absorption, inflammation/immune response, gut microbial metabolites, and potential dysbiotic or pathological organisms. This is the 1-day version of the test; it is also available as a 3-day test.
Candida Profile
by
Alletess Medical Laboratory