Patient Was Misdiagnosed With GERD For 30 Years: How She Finally Got Answers 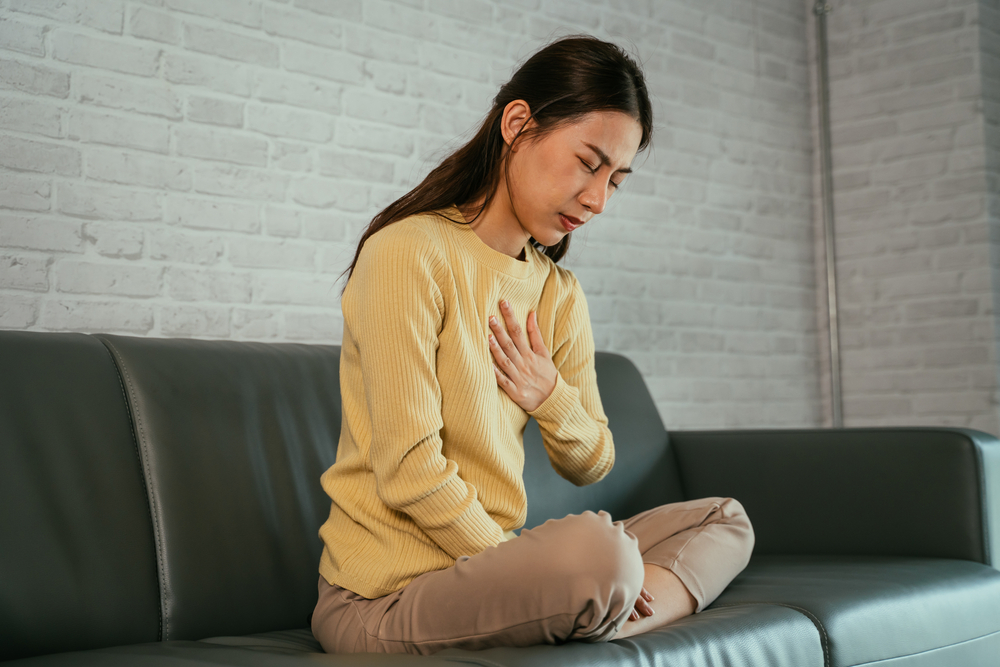 Gastritis is a relatively common inflammatory condition affecting the gut lining resulting from a slew of offending agents. The most common cause of chronic gastritis worldwide is an underlying H. Pylori infection. However, multiple other reasons range from additional offending pathogens to non-microbial systemic contributors.

Anna was a 40-year-old female when she first presented with chronic symptoms of substernal and upper abdominal burning, abdominal bloating, flatulence, and long-term acid reflux symptoms. She had done a great deal of work over the years to tailor her diet to manage her acid reflux symptoms; however, with a recent job loss and subsequent high-stress level, her symptoms had increased in intensity and frequency. She has been dealing with these symptoms for 30 years, with multiple endoscopies confirming gastroesophageal reflux without eosinophilic influence.

One year prior, she had a positive h. Pylori breath test and was treated with two consecutive rounds of multiple antibiotics, which left her feeling fatigued, nauseous, and overall awful.

The patient recalled a long childhood of gastrointestinal issues, frequently resulting in hospitalization due to severe abdominal cramping, diarrhea, and vomiting. At age 12, she began removing wheat, gluten, and dairy from her diet and found immense improvement in her symptoms.

She was tested multiple times for celiac disease, which was consistently ruled out. The patient also suffered a very traumatic childhood and had been consistently in therapy for the last ten years to help manage her PTSD and generalized anxiety disorder. When she began therapy, she noticed an improvement in her persistent bloating and abdominal pain; however never found full resolution.

Anna was a dental hygienist who had regular dental visits and exceptional dental care. Her diet consisted of a modified paleo, where she allowed occasional potatoes and gluten-free grains but maintained avoidance of gluten and dairy.

She was very diligent about consuming fermented foods daily, eating organic produce and meat, avoiding processed foods in favor of all home-cooked, and limiting/avoiding foods high in acidity like coffee, tomatoes, and citrus.

She had a sweet tooth and would indulge on weekends in homemade treats; however, she always noticed increased symptoms after eating. She has lived in a newly built home with her husband and daughter for the last eight years, having moved here from Poland by herself at age 24.

Overall, the microbiota is healthy with no pathogenic or dysbiotic overgrowth. She also had high levels of beneficial bacteria: Akkermansia muciniphila, Collinsella aerofaciens, Ruminococcus spp, Lactobacillus spp., and Faecalibacterium prausnitzii.

Anna's lab work points to three core issues that are contributing to her chronic gastritis and GERD.

Overall the patient's significant lab findings are consistent with her presentation; high stress and anxiety contribute to elevated DHEA and cortisol output. The link between high cortisol output and decreased stomach acid is highly relevant to the patient's case. Low stomach acid is likely contributing to slow gastric breakdown, clearance, and acid reflux symptoms. The low acid also leads to high protein in the stool, as seen in the comprehensive stool panel, and low pancreatic output due to a lack of pH chemical signaling. Low stomach acid will also lead to intestinal bacterial overgrowth over time and a higher propensity for gastric helicobacter overgrowth and its associated symptoms.

At our follow-up visit two months later, Anna was feeling much improved. Her gastritis symptoms had fully cleared, and she was only dealing with occasional acid reflux when she would overeat or if she indulged in too many sweets.

Overall her stress level was improving, she was sleeping more soundly, and her energy level had greatly improved during the day.

She successfully added lemon water at six weeks on the protocol without increasing symptoms, which she was pleased about as this was a morning staple for her.

She was told to maintain the use of the DGL and gastromend supplements to provide continual anti-inflammatory support to her gastric lining while continuing to work on overall cortisol output and adrenal restoration with ongoing supplementation, therapy, and lifestyle modifications. The patient had started a new job, and her stress level was subsequently increasing, hence the need for ongoing adrenal support.

How One Patient Lowered Her Cholesterol Without Medications
After Years of Crash Dieting, This Patient Finally Found The Reason Behind Her Slow Metabolism
How One Patient Found Relief From Severe PMS Symptoms
A Functional Medicine Approach to Chronic UTI's: A Case Study