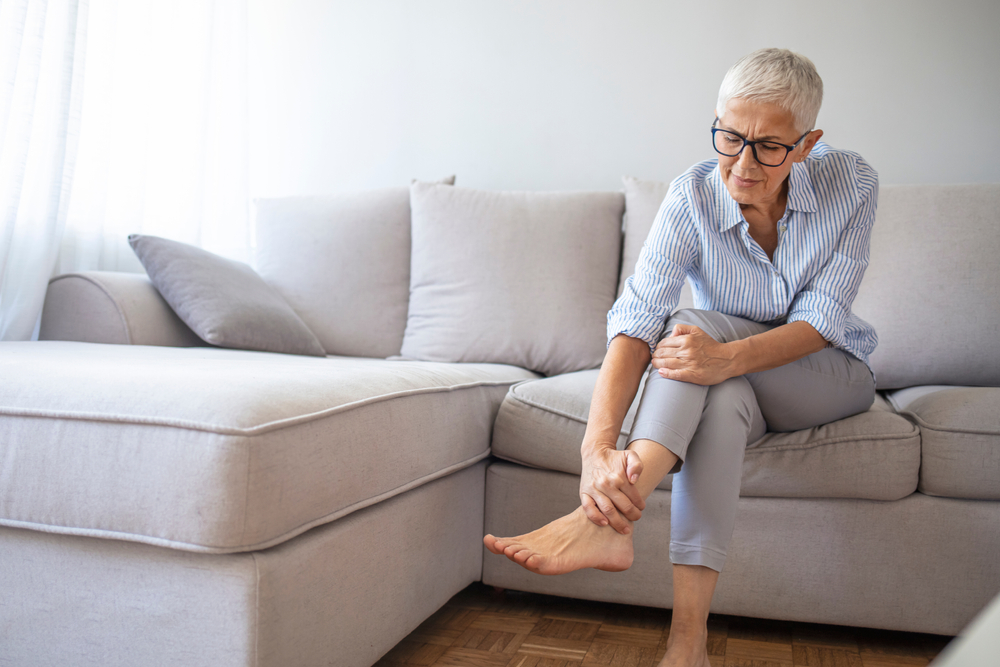 Restless legs syndrome (RLS) is a neurological condition that affects up to 10% of the population; women are more commonly affected than men. This condition causes the sufferer to have an unpleasant urge to move the legs. The condition gets worse in the evening and can significantly impair sleep. The cause of restless legs is still being investigated, but family history, genetics, and iron deficiency are all thought to contribute. Conventional treatments for RLS include medications with side effects that can cause drowsiness, dizziness, and headaches, and, in some cases, these medications can worsen the symptoms of RLS over time.

This article will discuss a functional medicine approach to dealing with RLS.

What is Restless Legs Syndrome?

RLS, also known as Willis-Ekbom disease, is categorized as a neurological sensory disorder and a sleep disorder.

People with RLS have an overwhelming desire to move their legs. The symptoms usually worsen as the day progresses and are most noticeable in the evening or when trying to sleep. Movement can sometimes relieve the symptoms, but often the relief is only temporary, and the urge to move the legs returns.

One of the most troubling aspects of RLS is that it commonly interferes with sleep. The urge to move the legs can prevent falling asleep or make it very difficult to go back to sleep if awoken. This sleep disruption can lead to daytime sleepiness, difficulties at work or school, cognitive impairment, relationship difficulties, and mood changes.

Up to 10% of the American population, more commonly women, may have RLS. Although it can be diagnosed at any age, the symptoms appear to be more severe in the middle-aged and older.

Patients with RLS describe the feelings in their legs as "aching, throbbing, pulling, itching, crawling, or creeping." These sensations are partially or totally relieved when the legs are moved or stretched. Symptoms are usually worse at night, especially when trying to rest or sleep. The disorder can cause significant sleep disruption.

The sensations are usually limited to the legs - it is unusual for them to affect the arms or upper body.

The condition is usually progressive. The severity of the symptoms can change daily and may occur only once or twice a week in moderate-to-severe cases or more than twice a week in severe cases. There may also be periods of remission or spontaneous improvement for weeks or months.

It is unknown exactly what causes RLS. There may be dysfunction in part of the brain (substantia nigra) that produces the neurotransmitter dopamine and controls our movements. Low iron levels in the substantia nigra are also thought to be a strong contributor to RLS.

A majority of cases of RLS are called primary or idiopathic (a condition in which the cause is unknown). Genes and family history are thought to play a role, and some recently studied genes are involved with iron metabolism and dopamine pathways.

RLS may also be secondary to other causes, including:

Several medications are known to promote or worsen RLS, including:

Research is also ongoing to evaluate other possible contributors to RLS, including:

The first step when dealing with restless legs is to see a qualified healthcare provider for a complete medical history, family history, and physical exam.

An essential piece of the history is obtaining blood donor status, as those who routinely donate blood are at a greater risk of iron deficiency and possibly RLS.

Another vital piece of medical history is a medication review. Medications, as described above, can promote or exacerbate RLS.

It is essential to rule out other causes of abnormal leg sensations or movements, such as akathisia, nocturnal leg cramps, or neuropathy.

Standard lab tests that may already have been ordered include:

Celiac disease, IBS with SIBO, and Crohn's disease have all been associated with RLS. Tests to evaluate these conditions are:

Hypo- and hyper-thyroid conditions have been associated with RLS. Consider a complete thyroid panel like Vibrant America to get a comprehensive overview of how the thyroid is functioning.

Suboptimal levels of vitamin D have been associated with RLS. Vitamin D levels should be measured at baseline and periodically while supplementing to achieve optimal levels.

RLS is a complex disorder with an incompletely understood etiology and pathophysiology. Multimodal treatments aimed at multiple pathways are likely necessary to help relieve symptoms of RLS.

Working with your functional medicine provider to specifically address any gut issues, iron deficiency, thyroid issues, vitamin deficiencies, or micronutrient aberrancies that were identified during testing is essential.

The conventional treatments for RLS are well-described and consist of medications called dopamine agonists that work on the body's dopamine system. One of the most unfortunate aspects of dopamine agonists is their initial effectiveness is often short-lived, and continuation of the medication can lead to augmentation (worsening) of restless leg syndrome symptoms. Other conventional treatments include anti-seizure medications like gabapentin enacarbil. Opioids and benzodiazepines are sometimes prescribed.

There is no specific diet for RLS. However, oxidative stress is hypothesized to play a role in the syndrome as well as iron deficiency. Vitamin C rich foods can facilitate iron absorption in the small intestine. Therefore, a diet rich in antioxidant-containing foods high in iron and vitamin C is reasonable to try.

Based on recent evidence, iron supplementation, even in patients with normal serum iron levels, but a ferritin level less than 75 mg/mL, appears to help alleviate restless legs symptoms.

A Cochrane Review from 2019 looked at ten studies of over 400 participants with RLS. The use of iron supplementation, either orally or intravenously, resulted in significant improvements in restless legs symptoms compared to placebo.

A systematic review and meta-analysis reviewed 36 studies comprising 9590 participants and found that vitamin D was significantly lower in patients with RLS. Vitamin D is thought to protect dopamine-producing neurons from toxins and increase dopamine levels in the brain.

A small randomized, double-blind, placebo-controlled study of 60 patients with RLS investigated supplementation with vitamins C and E against a placebo and found a significant improvement in restless legs symptoms at the end of the 8-week study in the patients receiving vitamins.

Although more extensive studies are needed, functional medicine practitioners commonly use these herbs to help alleviate symptoms of RLS or improve sleep:

Infrared light therapy has many health benefits and shows promise in alleviating symptoms of RLS. A small, blinded, randomized controlled trial looked at 60 participants with RLS. Half of the participants were treated with near-infrared light (940 nm wavelength) at four specific acupoints on the lower limb and the entire plantar surface of the foot. The other half were treated at the same acupoints with a sham light. Compared to controls, there was a significant improvement in symptoms of RLS in the patients exposed to near-infrared light.

Massage Therapy With and Without Essential Oils

A systematic review is currently underway to address the important question of whether massage helps relieve RLS symptoms. Despite a large study not yet being available, several small studies evaluating the use of massage in alleviating symptoms of RLS are encouraging.

A recent randomized clinical trial evaluated 105 participants with RLS. The treatment groups received a massage with lavender or sweet orange essential oil and experienced a significant improvement in RLS scores compared to the control group that received routine care.

A double-blind, placebo-controlled randomized clinical trial was conducted on 60 patients to evaluate massage with olive oil (intervention) against massage with paraffin (control). The olive oil massage was superior in reducing RLS symptoms compared to the paraffin massage.

Lifestyle changes are recommended to improve RLS; these include:

RLS is a condition that causes significant distress and sleep disruptions. Conventional treatments often have undesirable adverse effects and can, paradoxically, worsen RLS symptoms. The cause of RLS is unknown, but iron deficiency is a likely contributor, and studies have demonstrated that iron supplementation is helpful. Many other treatments, including lifestyle changes, dietary changes, the addition of herbs and supplements, and modalities such as acupuncture and massage, show promise for relieving RLS symptoms.

Breath
The 3-hour SIBO assessment is a non-invasive test that evaluates bacterial overgrowth of the small intestine. This longer test is recommended for patients with slower gastrointestinal transit or constipation.
Calprotectin
by
Diagnostic Solutions

Stool
This stand-alone test measures the amount of calprotectin in the stool. Elevated levels of calprotectin indicate intestinal inflammation caused by diseases such as bacterial infection or inflammatory bowel disease.
CICA Antibodies
by
Cell Science Systems