IBS vs IBD: Know The Symptoms 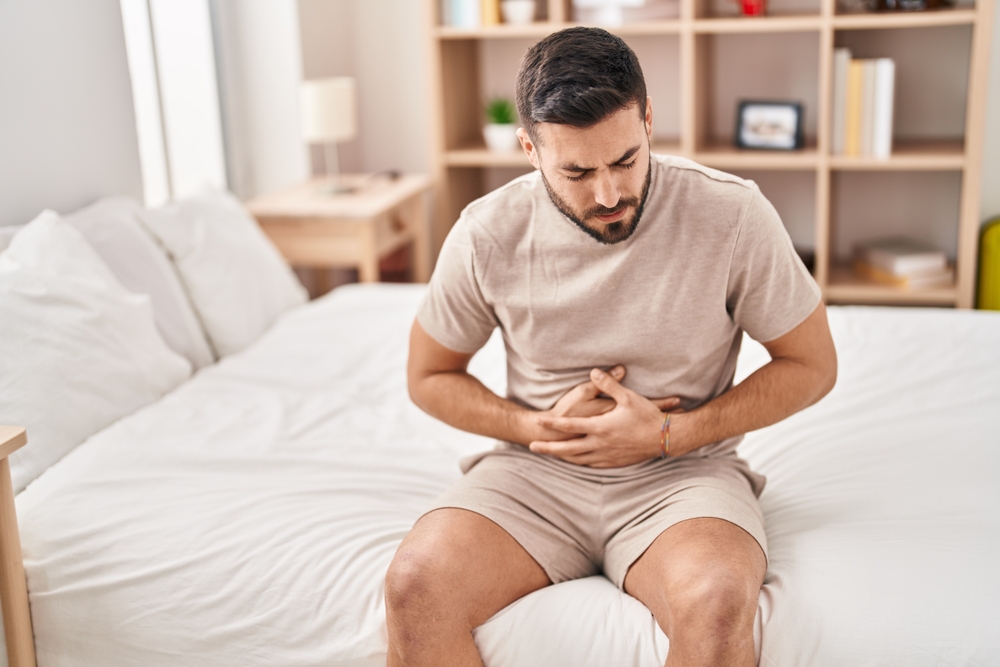 Irritable bowel syndrome (IBS) and inflammatory bowel disease (IBD) may sound similar, but they are actually two very different health conditions with equally different treatment options. Together, they affect over 11% of the population - 0.8% of people experience IBD, while over 10% will experience IBS at some point in their lives.

But what exactly is the difference between IBS and IBS, and how can you tell for sure which one you have?

Knowing whether you have IBS or IBD can make all of the difference in how you recover from the gastrointestinal symptoms that are impacting your life.

This article will discuss the differences between IBS and IBD and how to use state-of-the-art testing to heal IBS and IBS using a functional medicine approach.

IBS is considered a Functional Gastrointestinal Disorder (FGID) or Functional Bowel Disorder (FBD) - a disorder characterized by alterations in gut function rather than observable changes to anatomy or lab values. This means that - with IBS - you may hear from your doctor, “Everything looks normal,” even when things don’t feel that way.

IBS is a common condition that affects over 11% of the world’s population. Less than 50% of people with IBS symptoms seek medical care for their issues in any given year, meaning many people are suffering from IBS in silence - without the help that could improve their symptoms.

Irritable bowel syndrome can cause significant financial and health issues that impact work, social life, and more. IBS costs workers roughly $205 million annually in the U.S. in lost wages, productivity, and sick days. IBS accounts for over 600,000 office and emergency room visits in the U.S. each year.

These statistics collectively mean that if we could heal IBS for more people, we’d save billions across the globe each year, put more money back into people’s pockets, reduce emergency room visits, and reduce the burden on gastroenterology practices by half. Thankfully, there’s emerging evidence that functional medicine approaches to IBS may be able to do just that.

Irritable bowel syndrome often feels just like it sounds! People with IBS report that their guts feel irritable and bothered by small things that others tolerate just fine.

Many people notice that their IBS symptoms of abdominal discomfort, cramping, constipation, and diarrhea increase with stress.

To officially diagnose IBS, a physician must first have ruled out other possible causes of GI dysfunction. After that, a person’s symptoms must fit the ROME IV criteria for IBS.

Additionally, the symptoms above must be characterized by at least 2 of the following symptoms:

IBS-M stands for IBS - mixed subtype. People with this type of IBS experience both constipation and diarrhea.

Conventional medicine doesn't know yet what causes IBS, mainly because symptoms of IBS are variable in each person and may have different root causes.

What is known is that the incidence of IBS is higher in industrialized nations and that IBS is more likely in people under 50, females, and people with other conditions like fibromyalgia, chronic fatigue syndrome, depression, anxiety, and other gastrointestinal disorders like gastroesophageal reflux disease.

Common Reason's for IBS From a Functional Medicine Standpoint

A complex interplay of genetics, environment, microbiome, stress, nervous system function and inflammation may all play a role in the pathophysiology of IBS symptoms. Other reasons include the following:

People with IBS tend to have higher levels of lymphocytes, inflammatory cytokines, and interleukins in the lining of their GI tracts than people without IBS.

People with IBS have more intact mast cells and degranulated mast cells in the tissues close to the nerve endings in the colon, which can stimulate the pain sensation. Mast cells release histamine, an excitatory neurotransmitter, which may play a role in the increased sensitivity to pain and distention that people with IBS experience.

It's thought that impaired motor activity - whether due to microbiome dysfunction, nervous system, or musculoskeletal issues - may play a role in the pathophysiology of IBS.

It's well-known that people can develop IBS after an episode of gastroenteritis.

Multiple studies have established that people with IBS have significantly different microbiome profiles than people without IBS. Studies have found that people with IBS-C have increased severity of constipation, corresponding to increased levels of methane production in their GI tracts, a hallmark sign of small intestinal bacterial overgrowth (SIBO) and intestinal methanogen overgrowth (IMO). On the other hand, IBS-D sufferers are ten times more likely to suffer from hydrogen-predominant SIBO.

When IBS sufferers avoid foods to which they are sensitive (as evidenced by having increased IgG and IgG4 antibodies to those foods), they can experience a 10-25% decrease in their symptoms, including pain, bloating, and dissatisfactory bowel movements.

The most important part of diagnosing IBS is first to do the workup required to ensure it's not anything else. IBS is known as a "diagnosis of exclusion"; this means the clinician who diagnoses someone with IBS must have performed testing to exclude the possibility that symptoms are being caused by a different disorder (like IBD, celiac disease, metabolic or nervous system issues, musculoskeletal issues and more).

Standard Tests to Rule Out Other GI Disorders Before Diagnosing IBS

Tests to Find The Root Cause of IBS

There is no singular root cause of IBS. Because IBS is a disorder defined by symptoms and not pathology, there are several possible causes of gastrointestinal issues that present with IBS, as mentioned above. These tests include:

This topic is covered extensively in an additional RUPA article, "A Functional Medicine Approach to IBS." Below are the common interventions prescribed by functional medicine practitioners for patients with IBS based on the patient's intake questionnaire and lab results.

Inflammatory Bowel Disease (IBD) is a condition characterized by chronic inflammation of the GI tract. IBD affects nearly 7 million people across the globe each year. In 2015, inflammatory bowel diseases accounted for over 7 billion dollars in healthcare expenditures in the U.S. alone.

IBD causes abdominal pain, altered bowel habits, and more severe symptoms than IBS. It can cause significant life impairment and increases the risk of other extra-gastrointestinal disorders if left untreated.

Crohn's can affect any part of the GI tract, from the mouth to the stomach to the intestines to the anus. The inflammation in Crohn's generally affects all layers of gastrointestinal tissue. Lesions (areas of damage) in the GI tract in Crohn's are not continuous - there are areas between each lesion that appear normal. This is why the characteristic lesions in Crohn's Disease are called "skip lesions."

Ulcerative colitis (UC) typically affects the colon and rectum and generally affects areas in one continuous line as opposed to the skip lesions that are characteristic of Crohn's. People with UC typically have more bleeding and mucus associated with bowel movements because their distal colons and rectums are more affected than those with Crohn's.

Both types of IBD (Crohn's and Ulcerative Colitis) involve abdominal pain, changes in stool, and systemic symptoms like fatigue. Unlike IBS, people can also experience symptoms in other parts of their bodies due to the high levels of inflammation that characterize IBD flare-ups, including

Rating scales like the Crohn's Disease Activity Index and Harvey-Bradshaw Index can be used to assess the severity of Crohn's disease to determine the need for therapeutic interventions.

Rating scales like the Montreal Classification can help organize UC symptoms for easy tracking and monitoring over time.

In clinical practice, assessing whether or not a client's symptoms and lab results are severe and debilitating generally determines the level of intervention. Monitoring the disorder requires a multi-pronged, holistic approach.

In general, inflammatory bowel disorders are thought to be triggered by several factors. These include

Tests to diagnose and monitor the status of IBD fall into several categories.

Imaging is essential for monitoring IBD's impact on the tissues in the rectum and colon.

ANCA and ASCA antibodies are often used to assess the disease state in IBD.

People with IBD are more likely to have pancreatic enzyme insufficiency, which makes it difficult to digest foods.

Treatment for Crohn's and Colitis primarily focuses on optimizing nutrition, decreasing inflammation, and optimizing the microbiome.

Ensuring that people with IBD obtain adequate nutrients from their diets even during flares is an integral part of the medical management of these disorders due to the increased risk of nutrient deficiencies accompanying them.

Anti-inflammatory diets like mediterranean and plant-focused diets have been shown to improve symptoms of IBD.

Elimination Diet: there's evidence that people who avoid certain foods like dairy, wheat, and yeast can experience greater rates of remission of IBD symptoms long-term, even compared to standard therapy like steroids.

Being able to differentiate between IBS and IBD is a critical part of working up gastrointestinal issues to determine the root cause. By using a functional medicine approach to treating IBS and IBD, practitioners and people suffering from GI symptoms can develop a truly evidence-based, targeted functional medicine plan to heal their symptoms. The good news - whether you choose to use supplements, pharmaceuticals, nutrients, or lifestyle modifications, there are effective options to manage IBS and IBD symptoms and resolve them.

Stool
The GI Effects® Fundamentals profile provides a cursory evaluation of the overall health of the GI tract, including insights into digestion/absorption, inflammation/immune response, gut microbial metabolites, and potential dysbiotic or pathological organisms. This is the 1-day version of the test; it is also available as a 3-day test.
Calprotectin Stool
by
Doctor's Data

Serum
The Food Sensitivity Profile 1 measures the body's IgA and IgG response to 97 commonly consumed foods antigens via very specific antibody-to-antigen recognition. This is the serum version of the test. It is also available as a blood spot test. This test cannot be ordered for patients under 2 years of age.
SIBO - 3 Hour
by
Genova Diagnostics