Carrie Had Fatigue, Brain Fog, And Poor Sleep. Here’s How She Found Relief 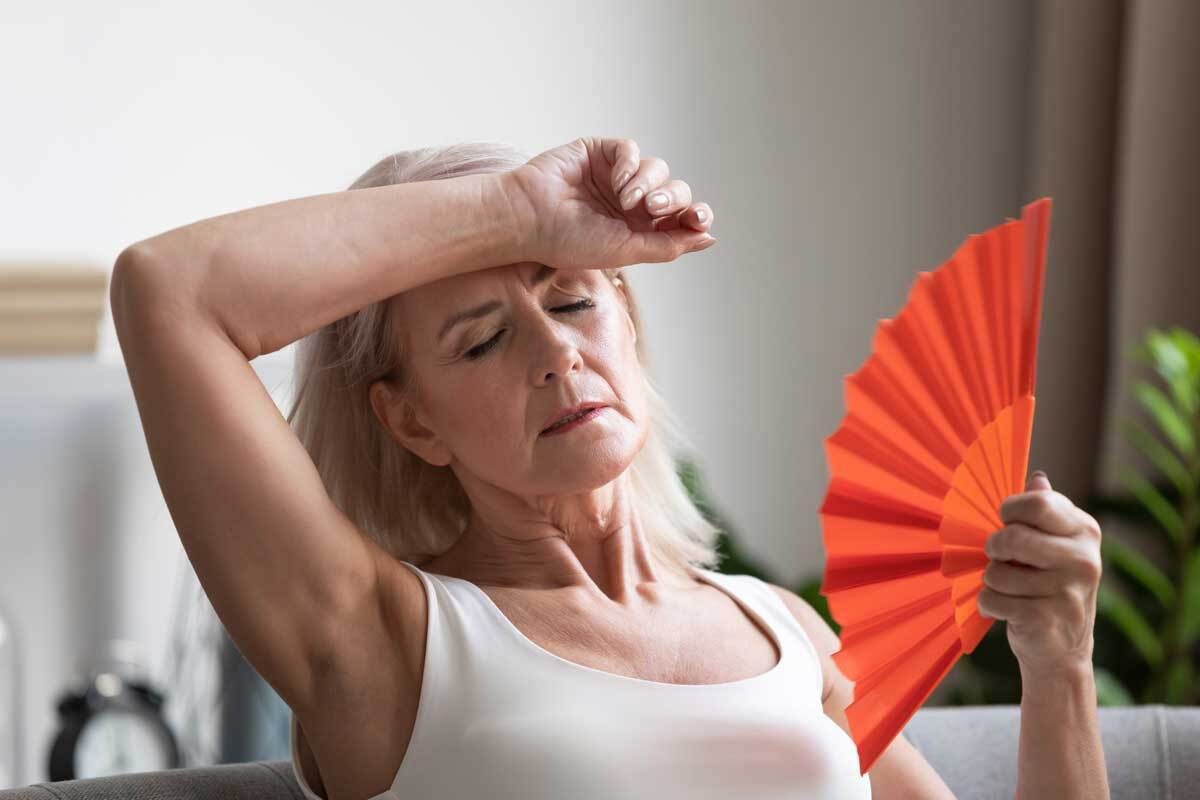 Carrie is a 53 yo female who presented to her functional medicine doctor with feelings of fatigue, brain fog, irritability, and poor sleep. She thought it might be related to her hormones, but her periods were still regular, and from what she could tell, she had no apparent symptoms of menopause.

She didn’t have hot flashes and the duration and frequency of her periods remained normal, although the blood flow when she menstruated was notably heavier. She had already seen her PCP for this issue and had normal thyroid function, normal blood counts, complete metabolic panel, vitamin D, and no obvious abnormalities on her blood work. Her PCP thought it might be depression, but Carrie didn’t feel aligned with that diagnosis and couldn’t shake the feeling that something was off with her hormones.

Since she is still cycling, a salivary hormone panel by ZRT was obtained during her luteal phase (day 19-21 of her cycle). Her results revealed normal estradiol levels, a significant decline in progesterone, and a dramatically reduced ratio of progesterone to estrogen.

This pattern of normal or elevated estradiol levels and low progesterone is a common hallmark of early perimenopause. Roughly 20% of women become symptomatic with difficulty sleeping, cognitive changes, and mood changes during this early phase of perimenopause.

Since her estrogen was normal and she continued to have cycles, we started by supporting her progesterone levels. She was started on Prometrium 100mg qhs on days 14-25 of her cycle. Progesterone supplementation can be a very effective treatment for early symptomatic perimenopausal symptoms, and Carrie noticed significant improvement within just a few weeks. Her sleep dramatically improved; she felt calmer, more resilient, and more like her usual self.

She came back nine months later to check in on her labs now that she was taking the progesterone.

Her estradiol remained normal. Her progesterone went from 14 to 74, which is a significant improvement, but she remains on the low end of normal. Her ratio of progesterone to estrogen was still low at 24 (optimal is 100).

I increased her progesterone to 200mg qhs and had her continue to use it only on days 14-25 of her cycle. Carrie notified her doctor about two months later that she was feeling absolutely wonderful, totally back to normal, and planned to stay on the current regimen for now.

Carrie returned to the clinic a little over a year later. She hadn’t had a menstrual cycle in four months, and she now had night sweats and felt very irritable and anxious. She was having trouble concentrating at work and completely lost interest in sex.

Her lab work shows that her estrogen levels have now dropped to 1.1pg/mL (normal is 1.3-3.3 pg/mL). This matches with her symptoms, especially the night sweats and the cessation of her monthly cycle. She is now firmly moving from perimenopause towards menopause.

To best support Carrie through this uncomfortable time, I added a low dose estradiol patch at 0.025 mg/day and expanded her progesterone treatment to daily use of the 200mg micronized progesterone pill.

After a few weeks on this regimen, Carrie reported some improvement in her mood and fewer night sweats but isn’t feeling quite back to normal. We may need to adjust her dose further in the future. She will need to come back in 3 months to retest her levels and see how she is doing.

The perimenopause to menopause transition can be an uncomfortable time for many women. Although menopause is defined as twelve months without a menstrual cycle, hormonal changes can begin years before a woman misses her first period. These hormonal changes can trigger changes in sleep, mood, and cognition that can significantly affect a woman’s happiness and sense of vitality. Hormone testing allows for practitioners to identify these changes early on and can guide interventions that can dramatically improve a woman’s quality of life.

Sam's Postpartum Fatigue Was Actually a Symptom of Much More Serious Health Condition: A Case Study
How One Doctors Helped Kevin Lower His Cholesterol and Avoid Surgery By Focusing On Nutrition
How Shauna Found the Connection Between Her Emergency Root Canal and Ulcerative Colitis Flair Ups
Marc Resolved His Insomnia After 2 Months With These Lifestyle Changes
See All Magazine Articles